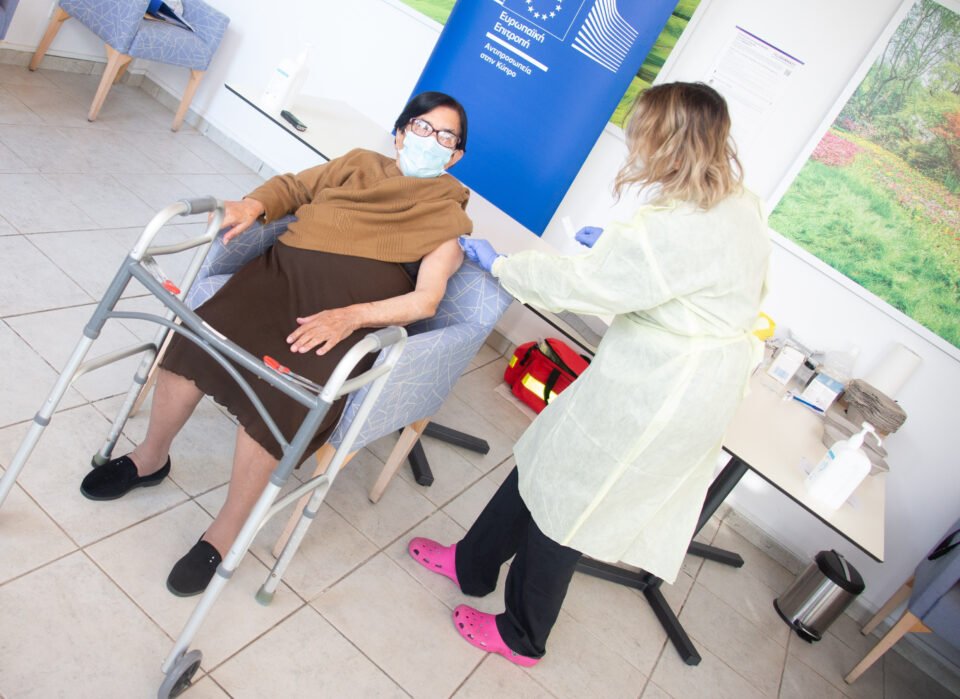 The second phase of Covid-19 vaccinations is expected to kick off on January 8, with a public portal where people will arrange an appointment for a jab going live on Tuesday, government officials said on Monday.

Deputy head of the medical services Olga Kalakouta said vaccines will be administered at primary health care centres across the island.

People who do not belong to the particular group designated by the authorities, will not be able to register for a jab appointment on the portal.

Kalakouta said Cyprus had drawn up a plan for 38 centres with between one and three stations each that would be able to administer some 350 jabs each per day.

However, “With the current flow of vaccines, there is no need for full deployment,” she said.

Health authorities have classified the population according to risk, age, etc, and are expecting to wrap vaccinations to frontline health staff and care home residents this week.

The programme will now move to the second group, the over 80s who do not live in care homes or other organised facilities.

After that it would be people over 76, followed by those over 16 who belong to high-risk groups. After that come health professionals in other areas, prisoners, and migrants in reception centres.

The general population is last.

From Tuesday, people 80 and above will be able to register through the portal, which is available on the Gesy website.

Kalakouta said the authorities will be publishing appointment slots depending on the availability of vaccines. People who do not belong in that age group will be denied access.

After registering, people will receive a confirmation through a text message. People who cannot access the portal themselves, can be registered by their GPs, family members, or friends.

Appointments for Limassol and Famagusta can be set up on January 7 onwards.

Jabs at the Troodos hospital will be administered on Tuesday, Wednesday, and Thursday, and at Famagusta general hospital on Friday, Monday, and Tuesday.

The authorities also plan to use mobile units, already tried and tested in the first phase with care homes, to reach remote areas mostly inhabited by elderly people.

In cooperation with local authorities there, health authorities hope to cover as many people as possible.

Those vaccinated will receive a card with necessary information, including the type of vaccine and lot numbers, as well as the date for the second shot.

According to Kalakouta, the portal will issue vaccination certificates if necessary, after the second shot is administered. It is also compatible with systems across the EU that could be used as a database for travellers.

For information on the vaccine call 1474

24-year-old to stand trial for speeding