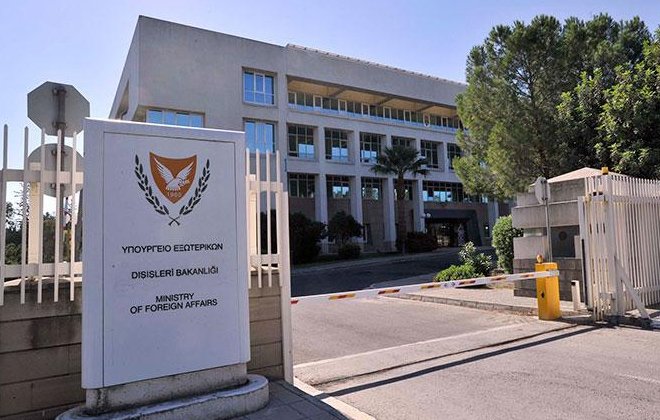 The foundation stone laying ceremony of the Cyprus Centre for Land, Open Seas and Port Security (CYCLOPS) training facility takes place in Larnaca on Monday, in the presence of Cyprus Foreign Affairs Minister Nikos Christodoulides and US Acting Secretary of the Department of Homeland Security Chad Wolf, who is on a two-day working visit.

Later today, Christodoulides will meet separately with his Chinese counterpart, Wang Yi, who will be making a stopover in Cyprus en route to Africa.

The Foreign Ministry announced that the CYCLOPS training facility foundation stone laying ceremony takes place at 1300 hours local time, today, and Christodoulides and Wolf will make statements to the press to mark the occasion.

On Tuesday morning the US official will visit the Ministry of Foreign Affairs in Nicosia, where he will have a private meeting with Christodoulides followed by consultations between the delegations of the two countries.

The consultations are expected to review the bilateral cooperation between Cyprus and the US in several areas.

Among other things, discussions will focus on the progress made and next steps as regards Cyprus’ inclusion in the US Visa Waiver Programme, as well as matters which have to do with the two countries’ cooperation on a bilateral and regional level with a view to strengthening security.

Once consultations are completed Christodoulides and Wolf will sign a Declaration of Intent for cooperation on border security and will make statements to the press.

The construction of the CYCLOPS training facility in Cyprus (Centre for Land, Open-seas, and Port Security) was announced by the State Department in September following the signing of a Memorandum of Understanding by Secretary of State Mike Pompeo and Cyprus’ Foreign Minister.

Christodoulides will meet on Monday afternoon with Wang Yi. According to a press release, during the meeting, the two Ministers are expected to discuss bilateral relations and exchange views, among other things, on the Cyprus problem, including the initiative of UN Secretary General Antonio Guterres that is under way aimed at the resumption of negotiations.

They are also expected to discuss about the EU – China relations.

Cyprus has been divided since 1974, when Turkey invaded and occupied its northern third. The latest UN backed round of talks took place in the Swiss resort of Crans-Montana but failed to yield any results.

Cyprus President Nicos Anastasiades, and Turkish Cypriot leader, Ersin Tatar, expressed their determination to positively respond to the UN Secretary-General’s commitment to explore the possibility to convene an informal five-plus-United Nations meeting, in a conducive climate, at an appropriate stage, the UN said following the two leaders first informal meeting on Tuesday, November 3, 2020.