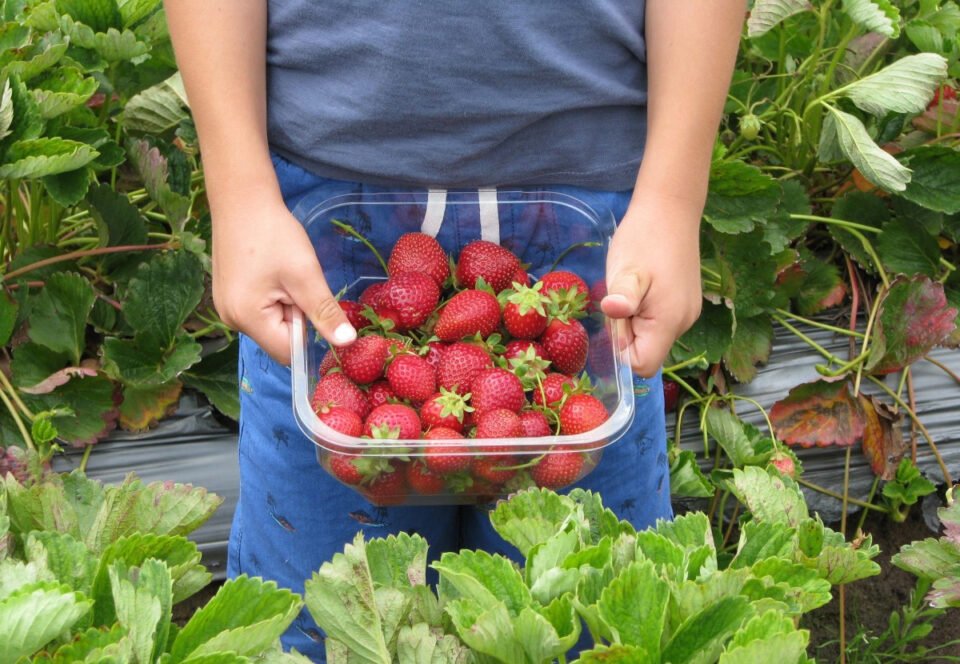 So what was on the menu? What did you plan for Christmas Dinner with John and Mary and all their horrid kids coming? A first course of asparagus tips from New Zealand? Thin slithers of halloumi cheese from Cyprus? Then, what about a baron of beef from Argentina? Some baby carrots from Israel? New potatoes from South Africa. Sprouts from Egypt. Green peas from Morocco. Then, Christmas Pud made of dried fruit and, for those who just can’t face another wad of pud, a plate of fresh Mexican strawberries. Admittedly some of these fashionable items don’t taste anything special, all being varieties that can be easily grown and forced to crop at peak times, but they do look super.

When I was a kid such exotic foods were simply non-existent. A few dried dates, maybe an orange and a handful of nuts. Otherwise we managed on what came and when it came locally.

Somehow, though, there was a much bigger element of excitement in summer when raspberries and strawberries appeared for their short seasons. The arrival of new potatoes was a special occasion. Peas and runner beans – from the garden, of course – lasted only a few weeks.

The rest of the time, and particularly so during the war years, we had to get by on what we could forage for, rabbits, pigeons, fish, a wild duck or a pheasant now and again. It was either that or what we could gather, blackberries, hazel nuts, wimberries from the wild Welsh hilltops, the occasional scrump of apples and pears, or a broody hen dumb enough to stray from the coop when hungry lads were about.

Of course there were dried goods, canned goods and quite a few imported basics. But to produce a Christmas dinner like the one above was far beyond the reach of most. Nevertheless we survived. Looking back that was largely because, even in the 20th century, we were, to a surprising extent, still hunter-gatherers, much as had been our ancestors in the Stone Age.

The Stone Age lasted roughly three and a half million years and for millions of years before that our human forebears were similar to the other animals. They lived on what they could find or catch. It is thus possible to state that until the last ten millennia man’s diet was entirely seasonal, and natural. Lacking human interference, food supplies varied with the seasons. During the long, dark winter months there was a shortage of virtually everything. Consequently, the old, the young and the weak died off and were less of a tribal burden. Storage facilities were few or absent. Come spring, plants began to grow new shoots, birds laid eggs, mammals produced young, which were easier to catch, and fish returned from wherever they spent their winters.

What arises from all this is that the human diet in what are now the most advanced parts of the globe was both natural and seasonal. Today’s humans evolved through donkey’s years of living seasonally and are now, consequently, superbly adapted to that.

In the last ten millennia things have varied. Following the first Agricultural Revolution man could for the first time grow and store food and he could trade for non-local exotica. But really, until the last few hundred years almost everything was still local and seasonal.

Now, a few centuries is nowhere near enough time for evolution to make radical changes to all that. Quite bluntly we are still in many ways – including our bodily responses to food – adapted only to the hunter-gatherer stage of a seasonal diet.

The sudden changes have brought many problems. Hundreds of different chemicals are now used to grow, protect and preserve foods in transit. Many of these are ultra-modern and humans have had no time to adapt and accommodate. New allergies therefore appear all the time.

And not all preservatives work all that well. ‘Fresh’ food imports may be far from the ‘fresh’ of local foods. For freshness nothing compares with vegetables grown just five miles away. Remember that the moment something is picked, cut or dug up it starts to die. Cherries driven across Europe for a week have died much more than those from your own garden.

As well as all this, humans, like plants, are affected by seasonally varying diurnal light/dark patterns. And deep in these patterns are seasonal adaptations.

What, then, does common sense tell us? To go for those Christmas asparagus tips or opt for an apple picked last week?

Go seasonal for a year and you’ll be amazed at the difference. I promise you.

Why do cats and dogs sometimes eat grass?