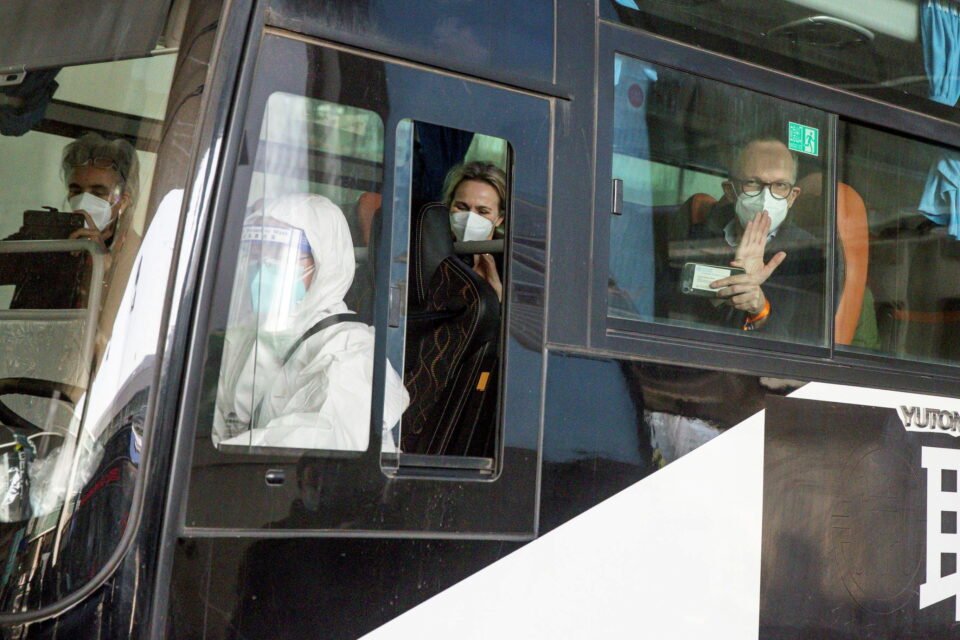 Members of the World Health Organisation (WHO) team tasked with investigating the origins of the coronavirus disease at Wuhan Tianhe International Airport in Wuhan, Hubei province, China January 14, 2021. REUTERS/Thomas Peter

China reported its biggest jump in Covid-19 cases in more than 10 months as infections in northeastern Heilongjiang province nearly tripled, underscoring the growing threat ahead of a major national holiday when hundreds of millions of people usually travel.

Aggressive containment measures including lockdowns, travel curbs and mass screenings have helped China bring cases down to a fraction of what it saw at the height of the pandemic in early 2020. But the country has yet to be able to completely stamp out the disease, which has now killed nearly 2 million worldwide, even as Covid-19 vaccinations have begun.

The National Health Commission (NHC) said in a statement that 138 new Covid-19 cases were reported on Jan. 13, up from 115 cases a day earlier and marking the highest jump since March 5. China also reported one new death, the first increase in the death toll since mid-May.

This flareup, concentrated in the northeast, which is now seeing its worst wave yet, coincides with the arrival of the World Health Organization-led team of experts in Wuhan, where the disease first emerged in late 2019. The team will spend around a month, including two weeks of quarantine, for their investigation into the origins of the pandemic.

Hebei accounted for 81 of the 124 local infections, while Heilongjiang reported 43 such cases a day after it declared a state of emergency. More than 28 million people are already in lockdown as the two provinces try to curb the spread of the coronavirus. The exact origin of this new outbreak is unclear.

The new wave of infections comes ahead of next month’s Lunar New Year holiday, when millions of people typically travel to their home towns. Covid-19’s resurgence has already prompted some provinces to discourage travel, which could lead to reduced travel and dampen consumption during the long break.

Unlike many of the outbreaks the country saw in 2020, the hardest hit areas by the latest spike of infections have been more sparsely populated counties and remote villages.

Authorities in Shijiazhuang, the capital of Hebei province, which already imposed a lockdown, are placing residents of rural and remote villages in the city’s jurisdiction under centralised observation and building quarantine facilities in a the latest bid to close gaps in their control measures.

“A village may have dozens or even hundreds of households,” NHC official Tong Zhaohui told state television explaining the need for such centralised quarantine.

“People in the village can still communicate with each other if you just sealed the entrance of the village,” Tong added. “So we must find a suitable place for centralised quarantine. This also aims to avoid more infections.”

The number of new asymptomatic cases, which China does not classify as confirmed cases, rose to 78 from 38 a day earlier.

The total number of confirmed Covid-19 cases in mainland China now stands at 87,844, while the death toll rose by one to 4,635.