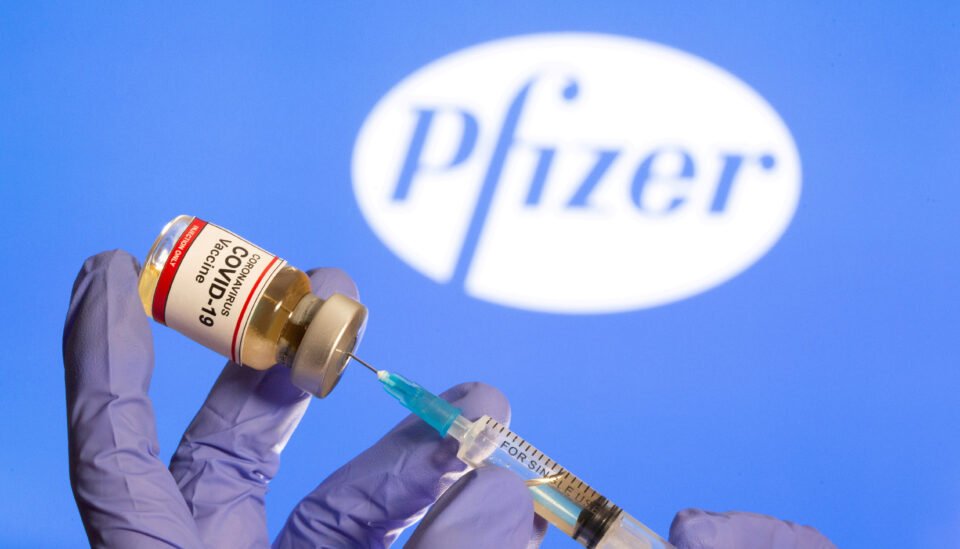 European governments said the credibility of their COVID-19 vaccination programmes was at risk on Friday after U.S. pharmaceutical firm Pfizer announced a temporary slowdown of deliveries of its vaccines.

Shots developed by Pfizer with its German partner BioNTech began being delivered in the European Union at the end of December, but around nine of the 27 EU governments complained of “insufficient” doses at a meeting this week, a participant said.

Pfizer initially said deliveries were proceeding on schedule, but then on Friday announced there would be a temporary impact on shipments in late January to early February caused by changes to manufacturing processes to boost output.

BioNTech said on Friday a facility in Puurs, Belgium, will temporarily see a drop in the number of doses delivered in the coming week, as changes to some production processes were needed to scale up capacity.

The companies will inform the European Commission, EU member states and other countries impacted by the changes about the updated delivery schedules, BioNTech said.

“This situation is unacceptable,” the health and social affairs ministers of six EU states said in a letter to the EU commission about the Pfizer delays.

“Not only does it impact the planned vaccination schedules, it also decreases the credibility of the vaccination process,” the ministers from Sweden, Denmark, Finland, Lithuania, Latvia and Estonia said.

“What we want is for Pfizer-BioNTech to restore their deliveries to the agreed schedule,” Lithuanian health minister Arunas Dulkys told Reuters.

Germany, Europe’s largest purchaser of the Pfizer vaccine, called the decision surprising and regrettable, while Canada said it was also affected, because its supplies come from the Belgium factory.

Italy’s COVID-19 special commissioner, Domenico Arcuri, said Pfizer would from Monday cut by 29% deliveries of vaccine shots to the country. The company had not been able to say for how long it would be curtailing its supplies, said Arcuri.

The President of the European Commission, Ursula von der Leyen, said Pfizer had reassured her that deliveries planned to the EU in the first quarter would not be delayed.

Pfizer, which is trying to deliver millions of doses at a breakneck pace to curb a pandemic that has already killed over 2 million people worldwide, said its changes would “provide a significant increase in doses in late February and March”.

The changes will help the companies deliver the fully committed quantity of doses in the first quarter and more in the second quarter, the company said.

A second EU source told Reuters that in a meeting with diplomats on Wednesday an EU Commission official said deliveries would be limited at least until March, with production set to be ramped up in earnest only by September.

Pfizer and BioNTech have contracts with the EU to supply up to 600 million doses this year. They have agreed to deliver 75 million shots in the second quarter and more later in the year. Neither the companies nor the EU have said how many doses are expected in the first quarter.

The EU has also approved the vaccine developed by U.S. biotech firm Moderna, which began deliveries this week.

Moderna has committed to delivering 10 million doses by the end of March and 35 million each in the second and third quarter. Another 80 million doses are also to be delivered this year but without a clear timetable yet.

Pfizer and Moderna have not published detailed calendars of deliveries for each EU country.

Pfizer said the information was confidential, while Moderna said: “At this stage we can only confirm that the doses will be distributed on a pro-rata basis between EU countries.”

But deliveries do not seem to be proceeding evenly.

A spokesman for the EU Commission said national timetables partly depended on contracts signed by each state. It is not clear whether all EU governments ordered their full allocation of vaccines, as this information is confidential.

The EU has secured nearly 2.3 billion doses of COVID-19 vaccines and candidates from six firms, but most are yet to be approved. Decisions on AstraZeneca and Johnson & Johnson vaccines are expected in late January and in February respectively.

Audit office calls for overhaul of law on election spending