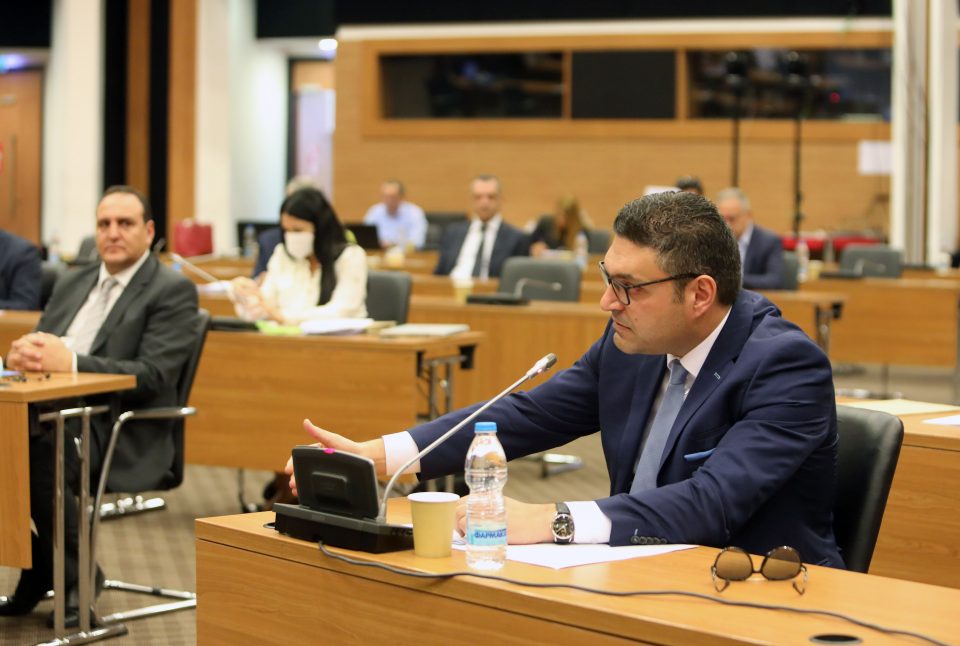 Cyprus could default if the revised budget is rejected anew by parliament and it loses its investment grade rating, Finance Minister Constantinos Petrides said on Friday.

“Apart from not being able to allocate money (to support the economy) we could be mourning over scorched earth because we are going through the 11th month of the pandemic and the resistance of the private economy too has reached rock-bottom,” the minister told MPs.

Petrides said the state was looking at maturing debt worth several billion, which had to be repaid. Losing market access would create a problem, he warned.

“If there is no capability of borrowing, we could possibly end up defaulting. We have secured liquidity for March and April (2020) but this must be replenished.”

The first budget was rejected after opposition Diko, which always voted in favour of budgets, decided to go against because the government refused to allow the auditor general probe the citizenships to investment programme.

The government, and ruling Disy, held consultations with other opposition parties in a bid to get the budget through.

According to Petrides, the revised budget includes a rise in expenditure by €339.9m, of which €220m was earmarked to help mitigate the fallout of the pandemic.

The minister said it incorporated 27 of 36 amendments approved by parties during the first vote in December that provided for spending cuts worth €21.3m.

The revised text contains policy issues like starting a social dialogue to establish a minimum wage, a minimum pension, retirement at 63 for certain occupations, and preparation of a scheme to help borrowers whose loans were deemed unviable for inclusion in a mortgage relief scheme.

To tackle a potential third wave of the pandemic the minister said Cyprus needed an approved budget and to remain in the investment grade.

Petrides said the country tapped international markets for cash early in the pandemic and this allowed it to keep reserves to use in the second wave.

“These reserves allowed us to announce €350m in measures for the lockdown in January, which could not have been predicted. Bases on this philosophy, we will continue to ensure having available cash if there is a third or fourth wave,” Petrides said.

“The issue is having the liquidity that will allow us to support the economy if, God forbid, there is a third wave, and this can only be done if we have a budget and we are in the investment grade.”

Petrides said he did not expect initial predictions concerning public debt to change.

“The objective is to return to a downward course in 2021,” he said. He added that around one-sixth of the debt issued last year was still available to tackle the pandemic and repayment of debt.

Replying to a question, Petrides stressed there is provision in the state health services’ (Okypy) budget which provides for an emergency allowance for medical and paramedic staff, who work around the clock due to the coronavirus.

On another question on the state-backed mortgage relief scheme, Estia, the minister explained that many applicants have been analysed and that 10 per cent to 15 per cent were deemed non-viable and will be helped with additional schemes.

“I believe that the project will be completed in the coming weeks.” He reassured that no one among those truly vulnerable, who, it has been proven they are not strategic defaulters but truly do not have the resources, will not be left helpless.

House finance committee chairperson, Diko MP Christiana Erotokritou blamed the government for a potential fresh rejection of the budget, adding that her party would reject it if the investment programme files were not handed over to the auditor general.

Main opposition Akel said the budget had not changed in its philosophy, signalling that the party would reject the bill, as it has done since the current administration came to power.

MP Elena Limbouri, an MP belonging to Edek, the party the government is placing its hopes on to pass the bill, said they wanted clarifications from the government on the issues they raised.

“The movement will wait for the government’s final responses on the pending proposals so that the political bureau can decide on the budget,” she said.

Larnaca to get dog park

Authorities fret over lack of rain