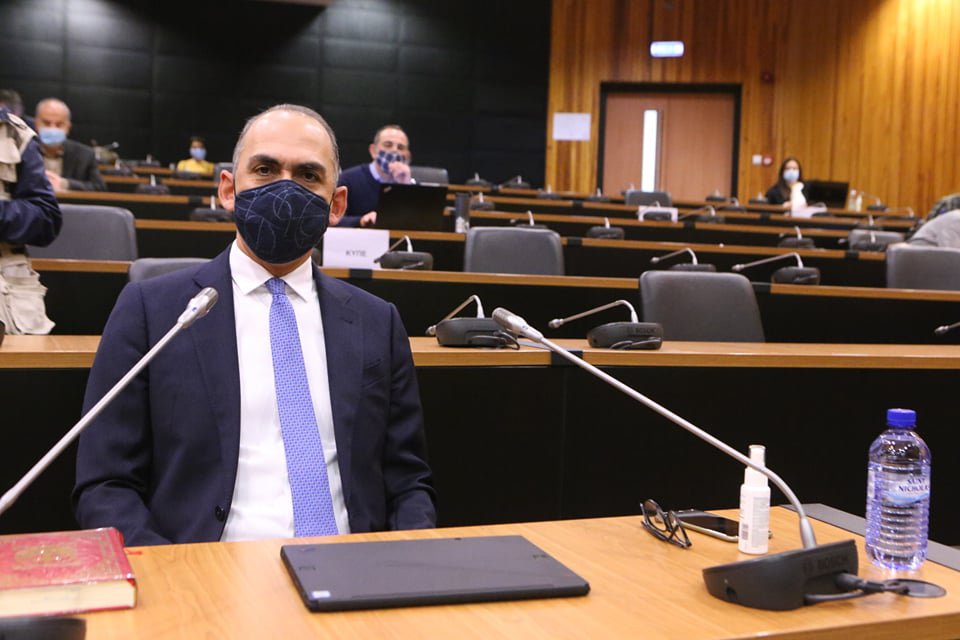 Major flaws in the citizenship-by- investment (CBI) programme’s procedures were noticed in 2017 by then interior minister Constantinos Petrides who started drafting a code of ethics that would strengthen them, former finance minister Harris Georgiades said on Tuesday.

Responding to questions, Georgiades said that in the summer of 2017 Petrides sought to beef up procedures after he noticed “serious shortcomings.” The minister drafted a code of ethics and introduced a registry of approved service providers, or promoters for the citizenship applicants.

According to Georgiades, Petrides had communicated these thoughts to him and other members of the cabinet, as well as to President Nicos Anastasiades.

The panel did not probe further on what the shortcomings were.

The former finance minister said he couldn’t recall any of his colleagues in cabinet stating a conflict of interest during discussion of applications. Cabinet had the final say on the granting of citizenship.

Georgiades said there was no such matter as far as he was concerned.

“If there was such a case, the correct procedure would have been for the person involved to declare a conflict of interest and abstain from any decision making.”

Asked whether anyone in cabinet had ever raised a question of potential conflict of interest regarding Anastasiades, Georgiades said no.

“I cannot state this with absolute certainty, but I think I’d remember that.”

Anastasiades’ former law firm has been tied to a small number of CBI applicants.

Tuesday’s was the first session of the panel that was open to the public. The four members were appointed by the attorney-general in September to probe the programme following a series of damning reports.

Georgiades, who served as finance minister from February 2013 to December 2019, looked relaxed and confident in his chair as he testified under oath; although at times the panel seemed not to follow up with hard-hitting questions.

He stressed his ministry was responsible only for checking a specific aspect – namely whether CBI applicants met the investment criteria as designated by the cabinet.

Finance ministry technocrats handled this checking, and Georgiades personally had no input. Once applicants were cleared that they satisfied the investment criteria, the files got sent back to the interior ministry for further processing.

Georgiades said these files arrived at his desk extremely rarely – for example where technocrats assessed that although an applicant did not meet the exact criteria, they nonetheless recommended that the application be approved by way of derogation. As the boss at the ministry, Georgiades was asked to make the call.

Out of some 2,900 applications processed during his entire time at the ministry, Georgiades said the number of times this occurred was perhaps in the single digits.

One such instance concerned the Limassol casino resort, where the applicants were exempt from the requirement to purchase a residence in Cyprus. In this case the cabinet deemed that the casino was a strategic investment on its own.

During the hearing it emerged that the CBI lacked any legislative ordinances, and was rather governed by the criteria of the scheme, which changed from time to time.

Although the scheme itself was understood to come under the umbrella of the Population Data Archives Law, no explicit ordinances pertaining to the scheme were ever promulgated or approved by parliament.

This gave the cabinet – with the final say on naturalisations – a great deal of latitude and discretion in its decisions.

It was not until late in the game that the government introduced enhanced due diligence for background checks on applicants.

Inevitably that meant that certain dodgy applicants managed to slip through the cracks.

One such case concerned “the Malaysian,” Georgiades said, without naming names but clearly alluding to businessman Jho Low – who it later transpired was wanted by law enforcement in his country.

“I can’t fathom how a positive recommendation [for Low’s application] made it to the cabinet. It’s an example of wrong handling that reflected poorly on us. If I had to say in retrospect… certain moves ought to have been done earlier.”

Following this and other suspect cases that came to light, Georgiades recalled to the panel, he publicly stated that the CBI should be axed.

“Unfortunately, a programme devised with the best of intentions to assist in our country’s economic rebound was allowed to be abused by some, and I’m not implying this concerned the majority.

“But a few cases were so blatant that they’ve cast us in a bad light.”

Asked whether, during his stint, foreign officials ever conveyed to him their misgivings about the island’s investment programme, Georgiades recalled three instances.

One involved Marshall Billingslea, the US Treasury Department’s Assistant Secretary for Terrorist Financing, during a visit to Cyprus. Billingslea, recalled Georgiades, had mentioned one high-profile individual granted Cypriot citizenship.

Another occasion where concerns were expressed involved a visiting delegation of the US Congress. The third instance involved European Commissioner Jyrki Katainen, who “brought up our programme in passing during a conversation.”

Scheduled to testify next before the panel are Archbishop Chrysostomos and president Anastasiades; the precise dates of these hearings have yet to be determined, although the former may appear on February 26, the latter on February 2.

New Year’s resolutions to help your home in 2021