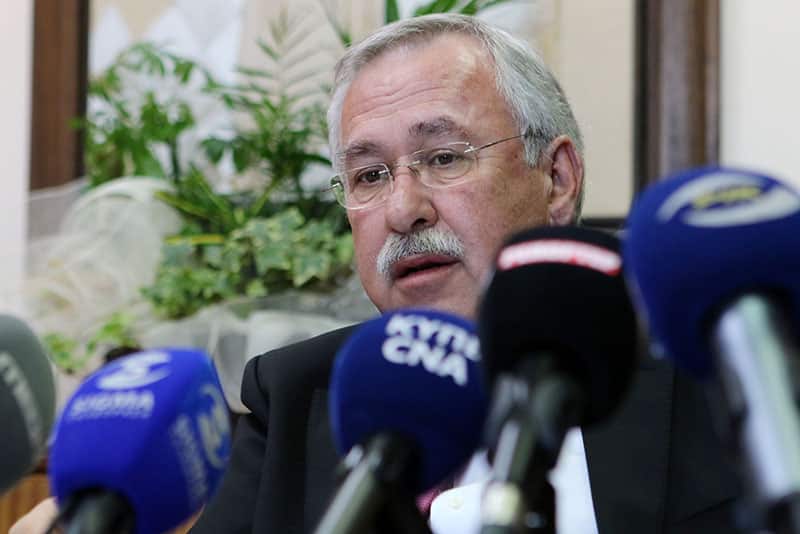 The government saw no reason to deny a Cypriot passport to the niece of Cambodia’s authoritarian leader and wife of the country’s deputy police chief back in 2016, former Interior Minister Socratis Hasikos has told the investigative committee probing the scrapped citizenship by investment programme.

Hasikos also said that it was the bank that gave the green light for the provenance of the alleged Malaysian fraudster Jho Taek Low’s money, leading the government to grant him a Cypriot passport in 2015.

The committee, tasked with investigating all citizenships given to foreign investors and businessmen and their relatives between 2007 and August 17, 2020, has now released the minutes of Hasikos’ testimony along with those of former Interior Minister Eleni Mavrou and present minister Nicos Nouris.

Though they had testified before the committee several weeks ago, the committee has only opened up the inquiry to public scrutiny this past week. With other former ministers and officials connected to the investment programme who testified this week having their comments published, the committee felt compelled to release these earlier testimonies late on Friday night.

in the case of Low, who is wanted by Interpol, Hasikos told the committee that when he filed his application there was no report against him. He added that the bank had initially cleared the provenance of the money Law was going to invest in Cyprus, but after he was granted a passport, it then filed a red-flag report with the Cyprus Unit for Combating Money Laundering (Mokas).

“We did not know. The bank, that has the responsibility to check whether the money was clean or not, had told us everything was fine,” Hasikos said. He added that after the developments in Low’s case he chastised the bank.

It seems, he said, that the developer who was going to sell Low a villa for €5m owed money to the bank and so the lender, after getting hold of the €5m, reported a person or company to the Mokas. Hasikos named the entity, but it was redacted from the testimony made public.

According to previous passport criteria, Low would have had to deposit €5m in a Cypriot bank for three years and buy a permanent home worth €500,000. He reportedly deposited with a Cypriot bank the sum of €5.9m in June 2015,

In the case of the niece of Cambodia’s prime minister and wife of the then deputy police chief, Hasikos said when she applied in 2016, the only information the government had was of her family relations with these two men.

Asked if this information, since it concerned such high-ranking officials in Cambodia, did not make them investigate further, Hasikos replied that of course they had.

“In our wisdom,” he said, however, they judged that her connections to such officials was not enough of a reason to reject her passport application.

“Two years later, a report came out saying that the deputy police chief was a torturer, later he became chief of police,” Hasikos said.

The government, following an investigation by Reuters in 2019, which found that eight family members or allies of the Cambodian leader, including the country’s police chief who hds been instrumental in clamping down on dissent in Cambodia, and its finance minister, had received Cypriot citizenship in 2016 and 2017, the government announced an investigation into how these people had been granted Cypriot passports.

Low and the eight Cambodians were reportedly among the holders of the 26 passports that the government had announced in 2019 it intended to revoke.

In comments published on Saturday, Hasikos clarified the section of his testimony where he referred to the son-in-law of a politician who was involved in the issuing passports, because the name he mentions was concealed by the committee.

“I want to clarify that in no case do I refer to the son-in-law of the president,” Hasikos told the Cyprus News Agency, adding he deemed it necessary to make this clear because some of the media have hinted that it is the president’s son-in-law.

Hasikos also told the committee that he has never received pressure from the president for favours on the issuance of these passport, nor was he susceptible to pressure from elsewhere.

“I did not tolerate these. I was very strict to the extent that I had become unapproachable,” he said.

Mavrou, who was interior minister between 2012 and 2013, during the Demetris Christofias administration, told the committee that in her tenure there were no serious problems, nor were there any remarks from the European Union. She said that the number of naturalisations at the time was very low while the investment amounts were much smaller.

Nouris told the committee that by August 2020, 6,324 Cypriot passports had been granted in total. The minister admitted that mistakes were made and that they will continue to be made, which is how one learns and evolves.

“The point is for these mistakes to be fixable and certainly not intentional,” he said.

Nouris reiterated that the programme has evolved over time. He pointed out that efforts were made by the government and him as minister to improve the programme so that it was credible and rigorous, so that it “would not lead us to what unfortunately saw the light of day”.

He added that it was only in 2019 when due diligence checks for the interested investors was introduced after the government signed agreements with three international specialised firms for this reason.

The inquiry into the passport scheme predates the revelation by Al Jazeera last October which caught an MP, and the then House president on camera by undercover reporters offering to help a fictitious Chinese investor with a criminal record obtain a Cypriot passport. This led to the investment programme being scrapped.