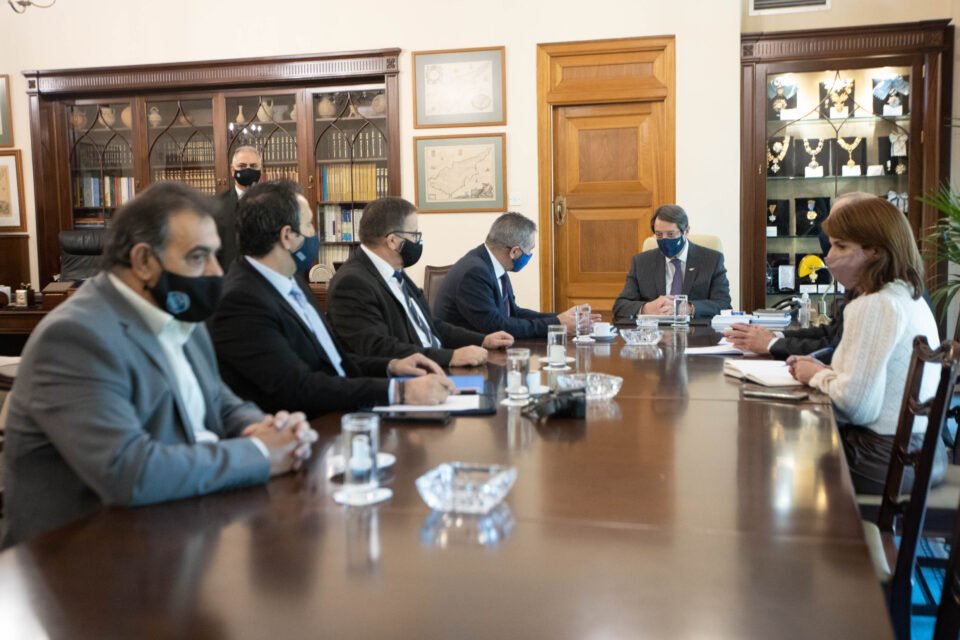 The need to avert a surge in unemployment was highlighted by Sek trade union confederation during a meeting with President Nicos Anastasiades on Friday.

General secretary Andreas Matsas said the delegation had outlined issues it believed should feature in a forthcoming social dialogue, adding that the president had assured that this would start very soon on a number of issues including pensions. Special emphasis was given to the 12 per cent ‘penalty’ or deduction made on pensions for those who retire at 63 and not 65 with Sek stressing that there must be a comprehensive and not spasmodic approach.

Sek also submitted a memorandum setting out as a key priority the need to curb a surge in unemployment and to return to conditions of full employment, which is essential to boosting salaries and establishing a national minimum wage.

The trade union confederation also wants more state support for the general health scheme and backing for businesses, employees and consumers to transition to a digital economy, including by regulating remote work in the basis of the European framework agreement so as to protect workers’ rights.

It also proposed a ‘green’ tax reform to promote a cyclical economy that will enhance environmental policy by taxing pollution.

It noted the need for a healthy investment promotion programme that will support the real economy and sustainability, speeding up of reforms in the public sector and local government with emphasis on e-government.