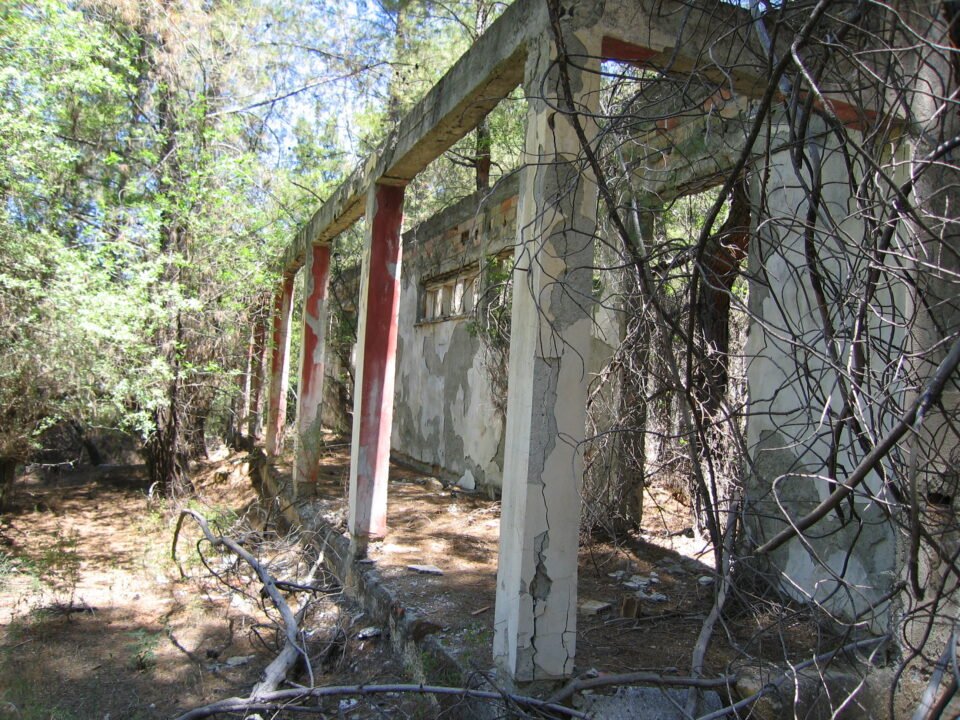 In March 1964, following intercommunal fighting, myself, my family and 250 other Turkish Cypriot villagers fled the beautiful, green village of Vroisha, on the foothills of the Tylliria region of the Paphos Forest, in fear of our lives.

Our village was destroyed soon after the evacuation but despite this in 1971, we requested resettlement via the Turkish Cypriot authorities. This was rejected by the government in 1972 on the spurious ground that this would be economically unsound for the villagers. The refusal is documented by the United Nations.

As a consequence, large numbers of us emigrated to the United Kingdom and Australia, in search of a new life.

In March 2004, I made an application to the Republic’s interior ministry on behalf of the Vroisha Association, a collective of the villagers, to regain possession of our legal lands but this was refused.

In 2006, the interior ministry wrote and explained that all Turkish Cypriot properties in the south, under Custodian of Turkish Cypriot Property Law, could not be used in any way by us until the Cyprus problem was solved. It was clearly evident from this that, there was no domestic legal remedy for us for the foreseeable future. So, in 2008, I applied to the European Court of Human Rights (ECHR) to help us regain possession.

Unfortunately, in May 2010, while my case was being considered by the court, the Cyprus government amended the Custodianship Law and introduced a new appeal process, thereby creating a new local remedy route and thus deeming our appeal to the ECHR inadmissible. This meant going back to “square one” in our struggle to make use of our properties.

I had already applied to the Custodian back in 2004 and got nowhere. I nevertheless acted consistently and complied with the decision and conclusion of the court and in August 2012 I submitted a fresh application to Custodian, in the forlorn hope that they would review my case as per the ECHR judgement. What happened to that application will be easily guessed by those who have ever tried to deal with Custodian before: nothing!

So, after waiting more than seven years, in January 2020 I made an application to the ECHR again with a complaint that Custodian had failed to respond to my application and to act, and hoped that the European court would this time deal with my case.

In May 2020, I opened my eagerly awaited letter from the court. I was very excited. Was I, and my family, after 16 years of continuous legal struggle, finally going to get justice? Was I going to be told that the Custodian system had failed to deal with my case, and the ECHR would now take it up? Would I now have a chance to gain possession or recompense for my property?

Unfortunately, the contents of the letter proved to be a mystery on that day, and to this day. The letter was very brief. It said that for some unknown reason the court had sat in a single-judge formation under judge Helen Keller and said “The Court finds that the domestic decision it considers ‘final’ within the meaning of Article 35 § 1 of the Convention was taken more than six months before the date on which the complaints were submitted to the Court. Accordingly, the complaints have been submitted too late.” The letter also told me that the decision they took was final, and I had no right of appeal.

What does this quote actually mean? It is gobbledygook! The whole point of my application was that no response or decision had been made by the Custodian, yet I was informed that I did not make an appeal within six months of a decision being made. This is crazy! The letter does not provide with me with a date, place, case number or anything else about when this phantom decision was made!

So, here, I am being told that I should have appealed against the non-existent “domestic decision” within six months, and I haven’t done that.

How could the one-judge court make such a decision without the supporting evidence of any domestic decision, or ask me whether I am aware of the decision made, or if there was a decision laid out before her, quoting the details of the case back to me? I am not a lawyer, but I can see that the European Convention appears to require that “It is for the State which relies on the failure to comply with the six-month time-limit to establish the date when the applicant became aware of the final domestic decision (Şahmo v. Turkey (dec.); Belozorov v. Russia and Ukraine, §§ 93-97”.

Did the judge know this? I wrote to Custodian in June 2020 requesting a copy of the final decision, which was made in my case but just like my application in 2012, I got no response, again. A non-response to a query about a non-decision! I also wrote to Robert Spano, president of ECHR and asked about the phantom decision, but I got a terse response, not from him but from the court, in effect, telling me to go away.

Should the ECHR not be upholding the fundamental values of the Council of Europe and protecting the citizen’s human rights against state stonewalling, and subversion of justice through trickery? How can the Turkish Cypriot community have any confidence in the ECHR with these kinds of absurd judgements?

Although imperfect and problematic, Greek Cypriot owners of property in the north have at least some recourse to compensation for their properties through the Immovable Property Commission. Should there not be a similar body in the south for Turkish Cypriots as well?