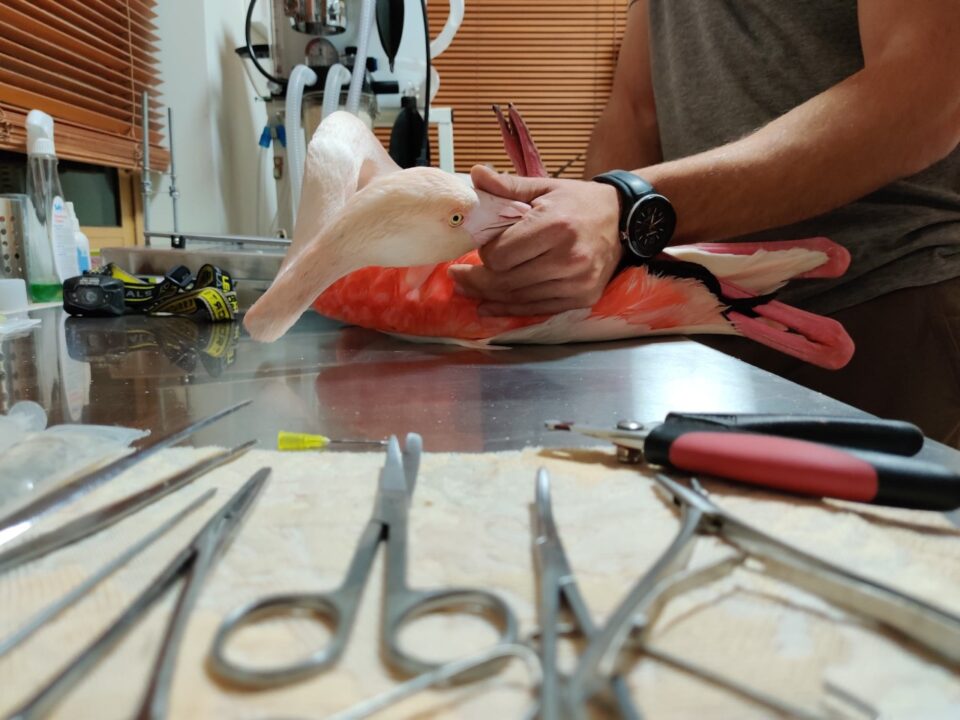 The bird has been blinded in one eye (BirdLife)

A flamingo has been rescued and is being nursed back to health after it was found suffering from serious injuries after being shot.

The injured bird was found at Paralimni lake during wetland surveys last Friday, according to BirdLife Cyprus.

The flamingo was taken to a vet after consultation with the Game and Fauna Fund (GFF), where X-rays identified shotgun pellets lodged in its leg, wing and one in its eye.

BirdLife also said that the flamingo is currently at the GFF rehabilitation centre, recovering from multiple fractures but is expected to be permanently blinded in one eye.

The NGO further said that the incident is indicative of a lack of protection for the lake, which is a Natura 2000 site.

Teaching orphaned raccoons how to forage