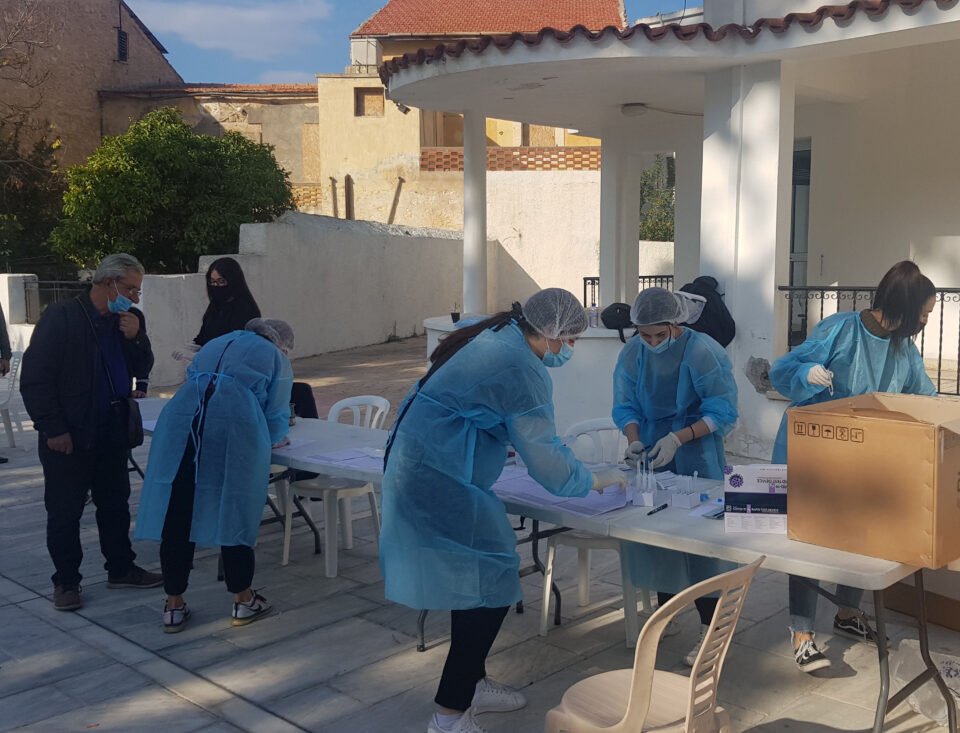 The health ministry announced on Thursday that the obligatory testing on workers who are already at their workplaces or will return next week has started.

To cope with demand, the ministry has doubled the number of rapid testing sites to 51 for the rest of the week and is urging workers to get tested. Those returning to work on Monday must be tested by January 31. All tests are free.

The ministry said this was part of its three-fold strategy of “testing-vaccinations-strict monitoring of the application of measures”.

The employers and industrialists’ federation (OEV) said on Thursday that, in consultation with the health ministry, it was decided that the testing within businesses could also be carried out by a trained member of the staff.

The chosen staff member will undergo a free two-hour training on how to perform rapid tests at public health centres. After that, they will be able to carry out rapid testing on their colleagues, OEV said in a letter to its members.

“We are not doing this, we are not health professionals,” a business executive told the Cyprus Mail. She believes arranging for staff to go get tested at the sites announced daily by the health ministry is a better option.

“I think it can be easily implemented. It is something we should be doing from now on, all workplaces to make sure the virus does not spread,” she said.

Businesses that choose tests being carried out by a trained staff member will have to inform the health ministry of the results through an online system where they will have to mention the names of the people who got tested, the dates and test results for contact tracing reasons.

The details of those tested at the rapid testing sites, will be collected by the labs carrying them out.

The health ministry said on Thursday the mandatory weekly rapid antigen testing of staff in businesses operating now and those that will be reactivated as measures are lifted is part of efforts to strengthen epidemiological surveillance while ensuring the operation of companies and the reduction of possible transmission in the workplace.

“Businesses must make sure that their staff are tested every week,” the ministry said.

Health ministry and officials of other competent services will be carrying out intensified checks in businesses to make sure the mandatory rapid testing measure is observed.

The testing sites will be operating with extended hours, with two workshops per site and with the possibility of conducting more than 20,000 tests per day, the ministry said.

As of Monday, barbershops, hairdressers and beauty salons will reopen while more people who are now working from home will be able to return to their workplaces after the government announced an increase from 25 per cent to 50 per cent of staff that can have a physical presence in private service companies, without a minimum and maximum number of people.

From February 8, betting shops and retail businesses will resume operations, including department stores and malls. Museums and other archaeological sites will also open.

Public and private primary school pupils will also return to their classes as well as third year lyceum students.

No place for racism in Zlatan’s world: Ibrahimovic