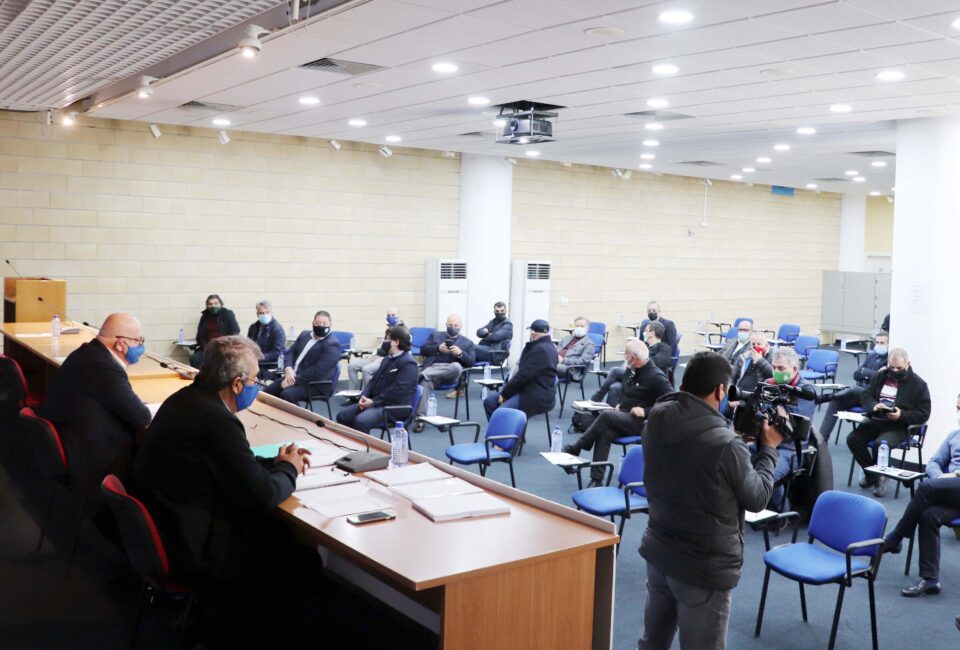 Omonia failed to extend a two-point lead over Apollon after their unexpected 1-1 draw against Olympiakos at home.

Omonia’s draw was still enough to bring the club on level points with Apollon Limassol at the top of the table.

In the biggest game of the round, title contenders Apollon will face the slowly but constantly improving Apoel in Limassol on Saturday evening.

Apollon, who have already signed two players in Diego Biseswar and Giorgi Papunashvili
And prematurely recalled Giorgos Malekkidis from his Karmiotissa loan, are still in search of a new left-back.

The club were close to former Manchester United left-back Alexander Büttner but the deal has reportedly stalled, with reports suggesting that the player has been deemed overweight and lacking the necessary fitness levels to help the team in the short term.

Apoel have remained unbeaten in their last four league games and have beaten Apollon in their recent single game knock-out fixture in Nicosia.

Earlier that day, Doxa will face Enosis at home. It is a testament to the competitive nature of this year’s championship that sixth-placed Doxa and eleventh-placed Enosis are only separated by five points.

A win for Enosis could help the club put some distance between itself and the bottom two spots which currently lead to automatic relegation to the second division.

On Sunday, Pafos will host AEK Larnaca. AEK have recently broken a winless streak of five games after defeating Ermis at home. Pafos are going through a rough patch themselves, recording just one win in ten games, drawing four games and losing the other five.

Speaking before the game, AEK manager Sofronis Avgousti said that Pafos deserve to be respected.

“They have some excellent players and we need to be careful”, Avgousti explained.

“The most important thing for us is to find some consistency, to inject the team with rhythm and constantly cause trouble for our opponents”, the AEK manager added.

Later that day, Salamina will travel to Achna to face Ethnikos. The Reds, who have been boosted by their resilient performance against Apollon, are now a single point away from the top six.

Speaking before the game to local radio station Super Sport FM, Salamina vice chairman Giannos Chrysostomou, said that the game will be a ‘final’ for both sides.

“Our team is resolved to take the win”, Chrysostomou said.

“There is quality in the team and we trust in our ability to take the victory”, he added.

Off the pitch, the Cyprus Football Association held a meeting with all top flight clubs to discuss any mid-season changes to the format of the league, including the number of relegated sides and how the playoffs will unfold, as well as any financial support to clubs to stem the effects of the pandemic.

No final decision has been made as of this moment but the CFA and the clubs will vote on these matters next week. A four fifths majority is needed to ratify the vote.