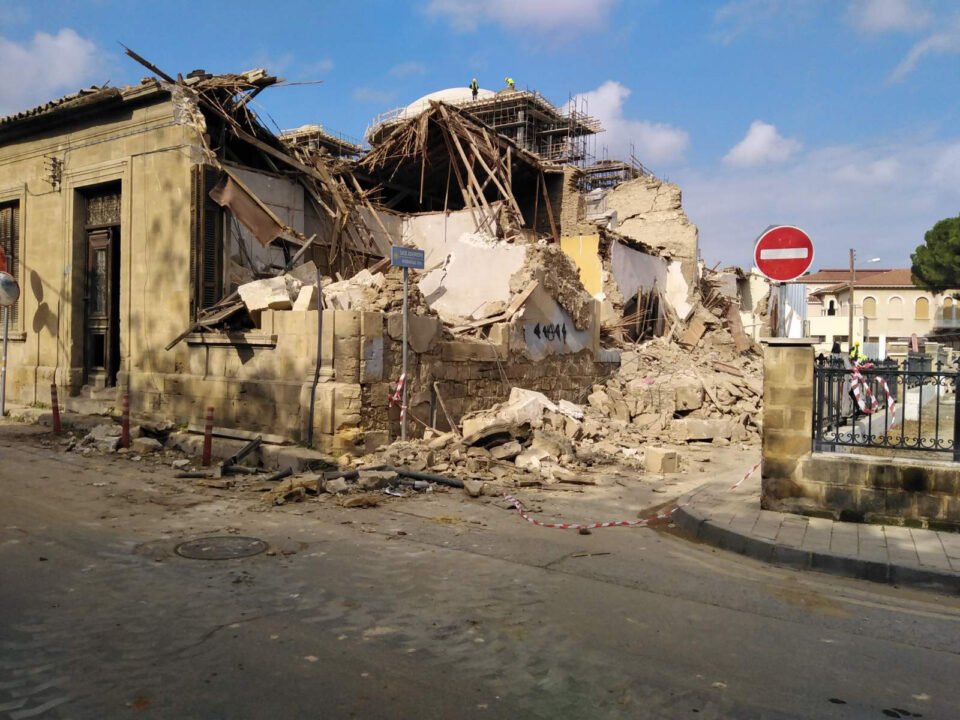 The four houses demolished on Monday near the archbishopric. The cathedral is in the background (CNA)

The church-sanctioned bulldozing of four listed buildings in old Nicosia on Monday has been widely condemned, with the municipality demanding the archbishopric rebuild them.

The buildings on Isokratous Street were located on land owned by the archbishopric, near where the construction of a cathedral is currently underway.

“It saddens us whenever a part of our cultural heritage is lost,” Nicosia mayor Constantinos Yiorkadjis said in response to the incident. He added that one of the buildings was claimed to be dangerous, but these claims were never substantiated and that illegally demolished buildings must be restored.

According to the building preservation order issued by the interior ministry, structures can be registered as listed if they are considered valuable in preserving the character, architectural history and cultural significance of an area.

Any construction work on a listed building requires a permit issued by the town planning and housing department.

As the buildings in question were listed, the original planning permissions issued to the archbishopric called for their complete restoration, so knocking them down was out of the question, a municipality spokesperson told the Cyprus Mail, adding that the municipality would investigate.

The municipality specified that this is not a matter it has taken lightly, as no permission has been obtained by the archbishopric for this action.

The demolition was swiftly condemned by other groups.

“As an institution, the church should set an example in preserving and appreciating our architectural legacy,” the scientific and technical chamber (Etek) said in a statement.

Later in the afternoon, the Green party called the event “an assault against culture”, while the Nicosia faction of Akel condemned it as “arbitrary and illegal” and “a crime against our heritage”.

After Etek and Akel strongly urged the mayor to act, Yiorkadjis announced that the municipality has been in contact with the archbishopric demanding it settle the matter in keeping with the legislation.

“Illegally demolished or altered traditional structures are to be rebuilt or restored to their original state,” he said.

Ruling Disy, whose municipal councillors voted in favour of the cathedral, said culture and architectural heritage should be respected by everyone.

Party spokesman Demetris Demetriou said the demolition of the listed buildings was a regretful event, which took place “without any permission and despite the fact … that restoration of the buildings in question is connected to other permits granted for developments in the area.”

“We expect from the municipality and the other authorities to do whatever the laws of the state provide for.”

Edek demanded to be informed of the reasons that led to the demolition.

The party, whose councillors also voted for the construction of the cathedral, said culture and traditional architecture should be respected by everyone.

“We expect the municipality and the archbishopric to cooperate towards rebuilding the listed building,” the party said.

The archbishopric’s cathedral project has been a controversial matter since its conception, provoking the ire of environmental groups and residents of Nicosia’s old city who argued it would increase traffic in the area and alter the character and aesthetic of the old city.

Initially rejected by the municipality’s aesthetics committee, plans called for a 26-metre high cathedral designed to fit between 600 and 800 churchgoers and underground parking. In 2008, opponents heckled municipal councillors who approved the project, and were later branded “cry-babies” by Archbishop Chrysostomos. 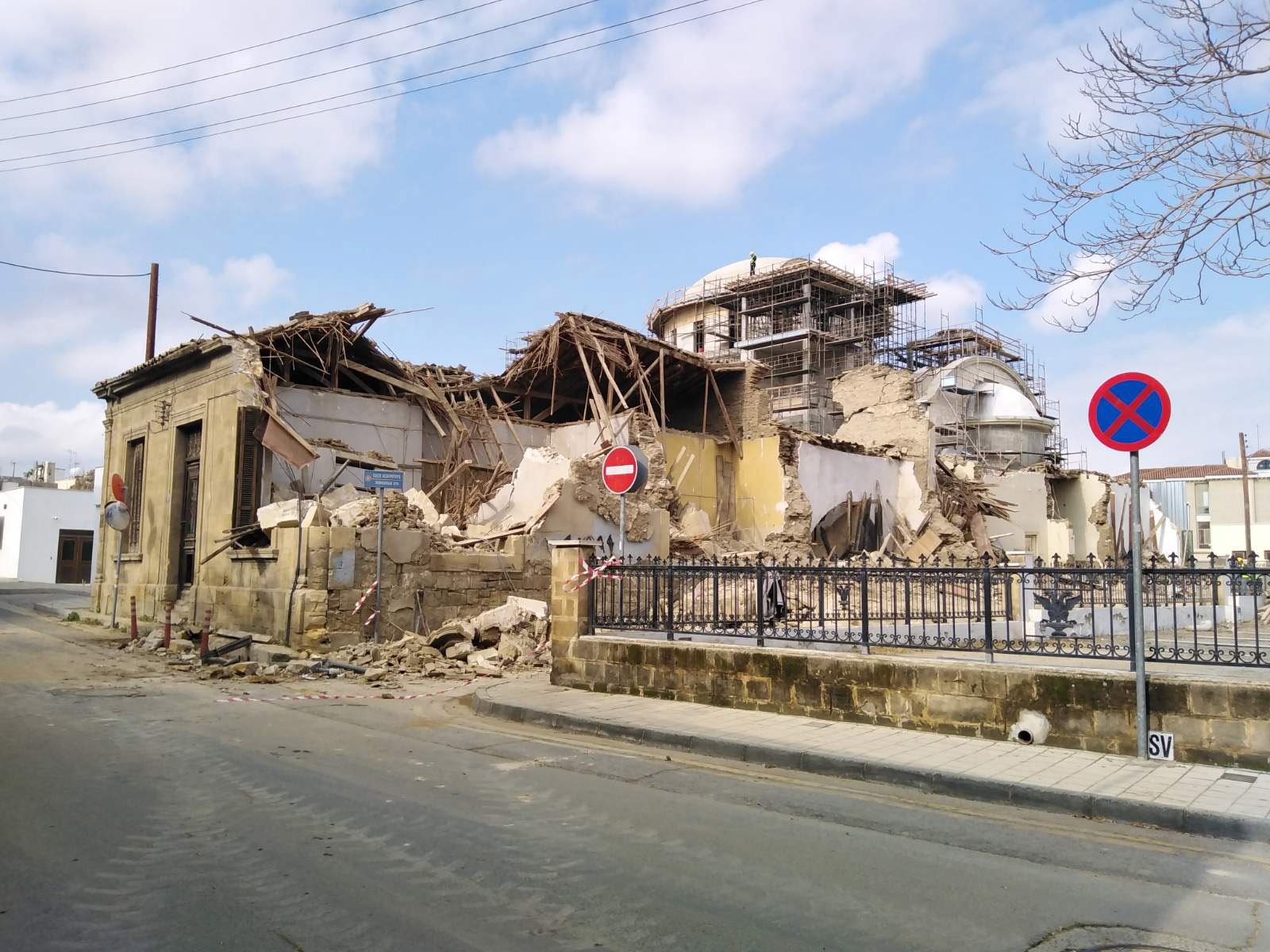 Elderly in Poland won’t be given AstraZeneca shot, says minister