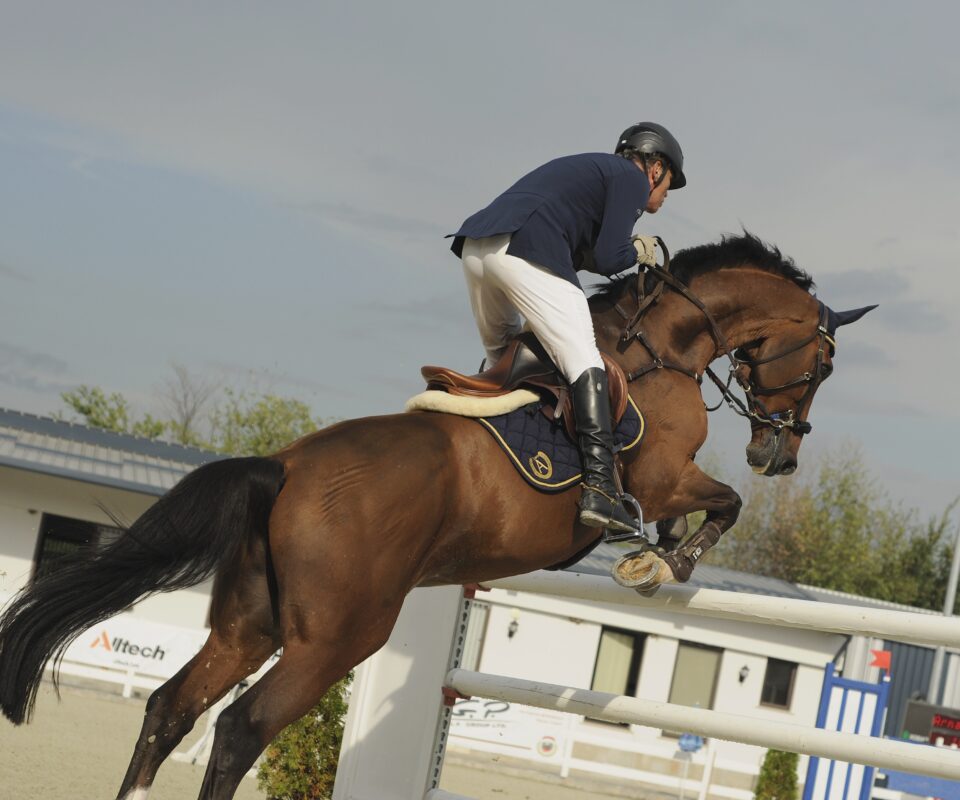 A fugitive Russian property developer has been found guilty of fraud and sentenced to four years in prison.

The Presnensky District Court in Moscow ruled on December 23 last year that Valentin Vinogradov had stolen millions of dollars from Daybela Development Limited, which is registered at 70 Michael Georgiou Street in Larnaca. Daybela was a subsidiary of the Midland Group, a resources-to-property conglomerate operating in Russia and Ukraine.

Vinogradov was sentenced in absentia after fleeing Russia in 2017 when the Ministry of Internal Affairs issued charges against him. After he fled, Vinogradov lived as a fugitive in Cyprus and Germany before eventually moving to Slovakia, where he has claimed political asylum to avoid extradition.

In addition to being a property developer, Vinogradov is a well-known show jumper and he has competed in over 300 competitions, according to the International Federation for Equestrian Sports.

Vinogradov was the general manager of Midland Developments when, in 2007, he identified a shopping mall in Moscow as a potential acquisition opportunity. The buyer was to be Midland’s Cypriot subsidiary Daybela.

According to the criminal complaint filed against Vinogradov by the Ministry of Internal Affairs, the businessman falsified documents to convince his Midland bosses that the mall was worth $89 million. He also claimed that the vendor was a company registered in the British Virgin Islands called Rosinternet Consulting Ltd.

The court found that Vinogradov was, in fact, the secret the owner of Rosinternet and it was not the owner of the mall at the time of the purported deal. Vinogradov received the $89 million payment from Daybela and then used the money to acquire the mall from its actual owner for approximately $74 million.

By deceiving his employers with this scam, Vinogradov was found to have stolen at least $15 million.

The court heard that Vinogradov’s crimes came to his employer’s attention because he was living a lavish lifestyle and “possessed property hundreds of times greater in value than his income”.

The Midland Group filed a claim for criminal damages against Vinogradov and the Presnensky District Court ordered the seizure of the fraudster’s Russian assets. The frozen assets are reportedly worth 271 million roubles and include property, a fleet of luxury cars and horse transportation vehicles.

According to Midland’s claim, Vinogradov “by deception and abuse of confidence, acting as part of an organised criminal group, caused damage to Midland Resources Holding Limited – shareholder of Daybela Development Limited, which was part of Midland Group.”

The Russian government issued an international arrest warrant for Vinogradov in 2017 and he was eventually arrested by Slovakian law enforcement officials in the summer of 2018. The Slovakian Supreme Court ruled that his extradition back to Russia should proceed but this ruling was overturned by the Minister of Justice.

Russian authorities are expected to continue their efforts to extradite Vinogradov from Slovakia.

Meanwhile, Vinogradov faces further legal troubles in Russia. The Prosecutor General’s Office has brought a claim against Vinogradov alleging that the businessman defrauded his employer again in 2013 over a property on Olympic Avenue in Moscow. He did this through “deception and abuse of trust”, according to the criminal complaint

How to plan for your financial well being

How to drink more water daily – tips to make it easier

How to grow your business: Five things to consider

Workout do’s and don’ts: Eleven tips for the best effect