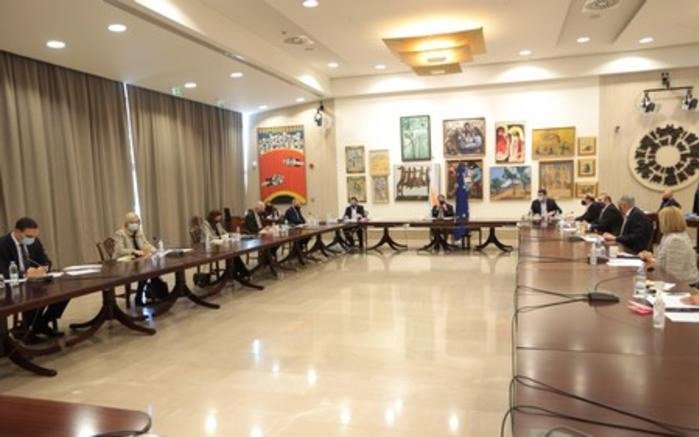 The cabinet on Wednesday extended the current phase of the measures against the spread of coronavirus to February 28.

The decision was taken following the suggestion of the ministerial committee on the management of the pandemic, the health ministry said.

“Despite the improvement in epidemiological indicators, at its meeting yesterday the ministerial committee for the pandemic management examined the epidemiological data and took into account the fact that the second phase was activated only on Monday, February 8, so its results should be evaluated in the coming weeks,” it said.

The ministry also cited the concerns at European level over the new variants of the virus.

“Given that the new variants detected so far in most EU countries, including Cyprus, cause more aggressive and rapid transmission of the virus, the competent ministers agreed that the de-escalation of measures should be done slowly and carefully, in order to avoid deterioration of the epidemiological picture,” it added.

Toward that end, it said, the cabinet also approved the committee’s suggestion for the continuation of weekly rapid tests on workers to avoid outbreaks in workplaces.

The second phase of relaxations that entered into force on Monday, concerned the reopening of shops and the return of primary education pupils and of final year lyceum pupils to schools. Up to four people are also allowed during home visits.

Betting shops also reopened on Monday as well as museums and other archaeological sites, while a maximum of 50 people are allowed at church services.

Last week the government allowed the return of more people back to their workplaces and the reopening of hairdressers and beauticians.

Speaking to CNA on Wednesday, Professor of Microbiology and Molecular Virology of the Medical School of the University of Nicosia, Dr Petros Karayiannis said a further reduction in cases is expected in the coming days but vigilance was still needed. He was referring to the fact that for the first time in months, the number of new cases came in below 100 on Tuesday.

“It is encouraging that we had a double-digit number yesterday and for the first time in a long time,” he said. “I hope we stay in double digits and fall lower even with the opening of shops and primary schools.”

He said he didn’t know when further relaxations would take place since no timetable was discussed at the palace meeting.

“If our epidemiological picture stays as it is now and improves even more, I see no reason why there should not be further relaxation. But what we must always keep in mind is that the British variant is now circulating in Europe, which is more easily transmitted and may cause more deaths,” he said. This could easily upset the current epidemiological picture, he added.

Asked when things might return to normal Karayiannis said this would depend entirely on the vaccination coverage and on updating the vaccines to deal with the variants.

Kontidis fourth after first day of sailing action in Tokyo