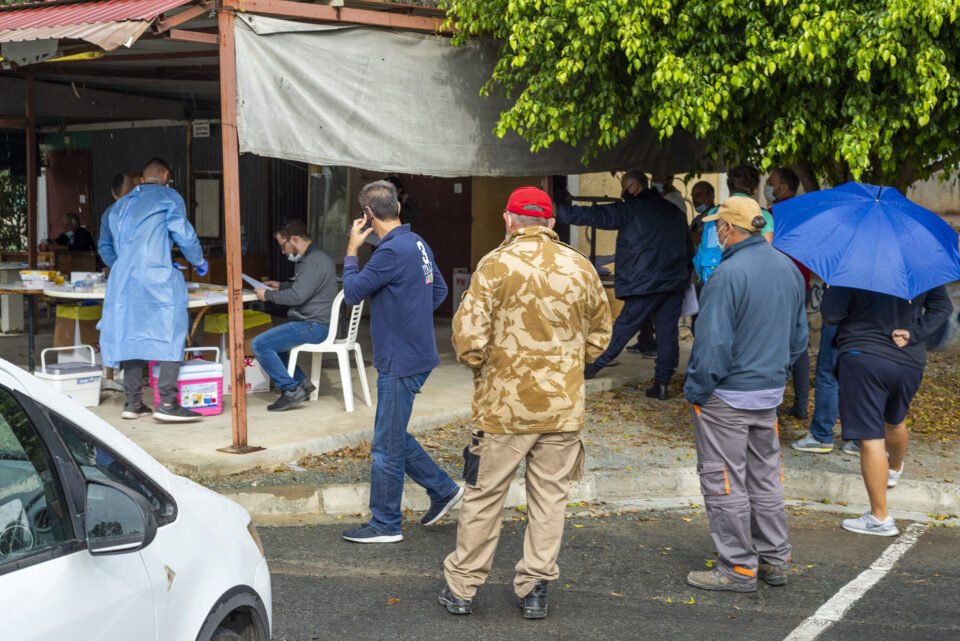 Authorities have begun carrying out random checks in businesses to ensure mandatory Covid rapid tests are being done,  the health ministry told the Cyprus Mail on Thursday.

“The health services of the ministry started the checks at the beginning of the month, following the reopening of hairdressers and beauticians,” spokeswoman Margarita Kyriacou said.

The police and the chamber of commerce will also carry out checks, she added. “Checks are carried out all the time by the relevant services each organisation falls under.”

In the strictest legal sense, according to the health ministry’s decree, employees must be regularly tested. Subsequent instructions about how this would be done came in a press release, causing doubts as to the legality of how the measure is being implemented as the content of a press release is not part of the decree.

According to the instructions, employers must draft a weekly rotating schedule for testing their staff, and employees must carry with them and present their negative rapid test results if asked for it.

Individuals who refuse to undergo a rapid test will not be allowed at their place of work, according to the ministry. If someone is found at work without the mandatory negative rapid test, they and their employer are liable for a €300 fine.

There has been a strong reaction from employees across sectors to what is being seen by some as a ‘totalitarian’ decision by health ministry.

“There were many cases in all the districts and different organisations where staff refused to undergo a rapid test,” the director of the department of industry at the Chamber of Commerce, Andreas Andreou, told the Cyprus Mail.

The Head of the Bar Association Christos Clerides told the Cyprus Mail earlier this week that obliging people to undergo a medical procedure is considered unconstitutional and a breach on the fundamental human rights and liberties.

Under the UN Human Rights Charter the right to health contains both freedoms and entitlements.  The freedoms include the right to control one’s health and body… and the right to be free from interference, such as… non-consensual medical treatment…”

“Thus, health is not a public good to be pursued independent of the will of each individual, but requires respect for the will of the individual person with respect to his or her own well-being,” it says.

Clerides said people have the right to object and decline to pay the fine, go to court to argue that their rights were violated.

Andreou said that as far as the mandatory testing goes, it is the decision of the employer whether to keep the worker in paid or unpaid leave if the work cannot be carried out remotely, if they have refused to be tested.  “They cannot be at work and put others in danger if they are not willing to get tested,” Andreou explained.

Meanwhile, a group of eight teachers and other professionals resisted the decree, which also called for the mandatory testing of teachers nationwide prior to the reopening of primary schools and the return of third-grade lyceum students in class.

“They cannot kick you out of work. But it currently depends on the relationship with your employer,” lawyer Savvas Savva who represents the group told the Cyprus Mail.

Among the group, is a woman who suffered a serious nosebleed after the mandatory nose swab. The health ministry however clarified on Thursday that Covid-19 rapid tests are only acceptable if done through a nasal swab and not through the mouth.

“Mouth swabs are not recommended to date due to the low sensitivity both in rapid and PCR tests,” Kyriacou said.

However, according to the European Centres for Disease Control (ECDC), whose guidance the health ministry claims to follow, samples for diagnostic tests for SARS-CoV-2 can be taken from the upper (nasopharyngeal (nasal)/oropharyngeal (throat) swabs, nasal aspirate, nasal wash or saliva) or lower respiratory tract (sputum or tracheal aspirate or bronchoalveolar lavage). “Nasopharyngeal (nasal swab) and or oropharyngeal (throat swab) are considered sensitive specimen types for the diagnosis of SARS-CoV-2,” the ECDC says. It adds: “In a situation where a nasopharyngeal or other upper respiratory tract specimen is not acceptable to the person being tested, saliva could be considered as an alternative specimen”.

In a letter addressed to the education ministry, the group of employers who refused the rapid test demanded among other things, “a written and clear assurance that we are not at risk of bodily harm / side effects from the test. We also requested confirmation of the scientific and / or professional competence of the staff conducting the examination,” said a representative of the group.

But Kyriacou insisted that “no exceptions will be made,” and explained that if a teacher refuses to abide by the decree, a replacement teacher will take their place in the classroom.

In private companies, 50 per cent of the staff may be permitted to work remotely according to the latest decree, hence not needing to receive a rapid test.

Our View: More red tape will not diminish corruption