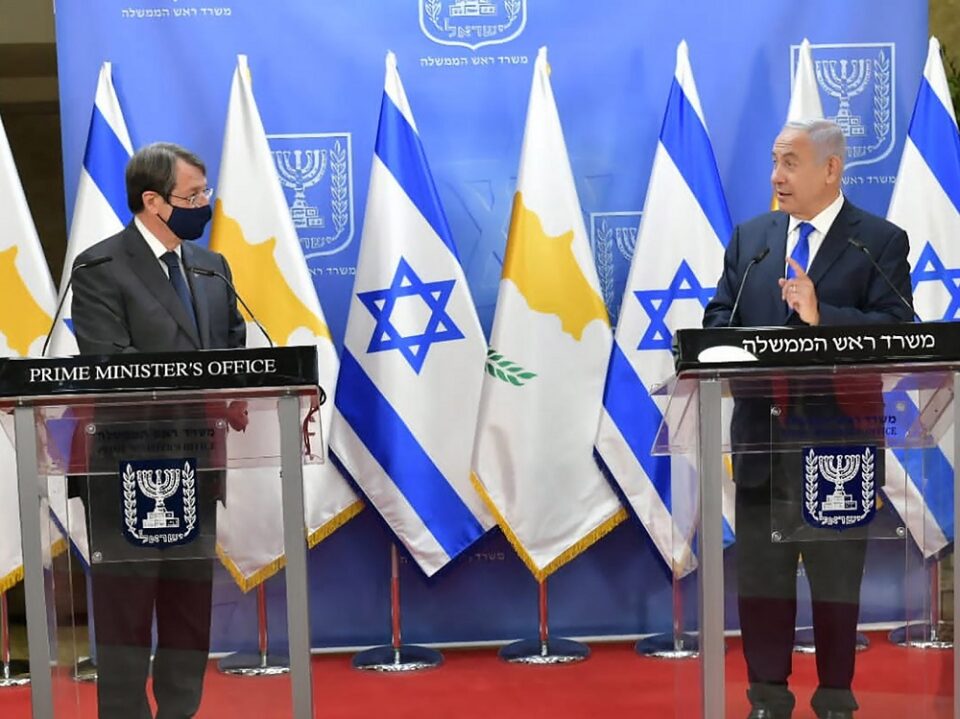 As of April 1, Israelis vaccinated with a vaccine approved by the European Medicine Association (EMA) will not be required to take a PCR test to travel to Cyprus and will not be placed in quarantine upon arrival, President Nicos Anastasiades said on Sunday.

The announcement came after a meeting with Israeli Prime Minister Benjamin Netanyahu in Jerusalem.

Anastasiades said that vaccinations were “an extremely important tool in halting the pandemic,” since they reduce the numbers of those affected, hospitalisations and deaths and help reduce the burden on healthcare systems.

He said Israel was “a world champion” as regards the timely and speediest rapid vaccination rollout with about half of the eligible Israeli population fully or partially vaccinated.

Anastasiades also said that the two countries will also have the opportunity to exchange views over Israel’s “Green Passport” proposal, also in light of the fact that the resumption of unrestricted movement is of great importance to Cyprus, which is a tourism-dependent country.

“To this end, I am pleased to inform that an agreement has been reached between our two competent authorities, with which, from April 1st 2021, Israeli citizens who have been vaccinated with a vaccine approved by the EMA will not be required to take a PCR test to travel to Cyprus and will not be placed in quarantine upon arrival.”

The president also said he was very interested in hearing more about the new Covid-19 treatment being developed at Tel Aviv’s Ichilov Medical Centre. He announced that the two countries’ competent authorities have agreed that Cyprus will take part in the clinical trials.

“This opens up the possibility of starting tourism in the near future,” he said.

He added that the two countries cooperate in fields such as energy, water, tourism, public security and emergency services. “Our medical cooperation has grown over the years but the common battle against Covid-19 has energised that important cooperation,” he said.

In his remarks, Netanyahu also said that he and Anastasiades have been tirelessly and effectively working since 2013 when the latter was first elected as president, “to build a very special partnership between Cyprus and Israel and through our common efforts I think we have ensured that our relationship is constantly growing strong.”

He said they will continue working on the EastMed pipeline, a project which would bring efforts for exporting natural gas to new heights and new possibilities.

Anastasiades also referred to the two countries’ bilateral relations and the excellent co-operation and synergies they have established and the willingness to further strengthen their mutually beneficial partnership, particularly in the field of energy, with a special focus on joint projects, such as the EastMed pipeline and the Euroasia interconnector.

He also referred to the Cyprus problem and the upcoming 5+1 informal meeting to take place under the auspices of the UN Secretary-General. He reiterated that the form of the envisioned settlement is none other than to establish a bi-zonal, bi-communal federation, in line with the relevant UN Security Council Resolutions and the EU values and principles.

Coronavirus: One death and 123 new cases on Sunday (Update)