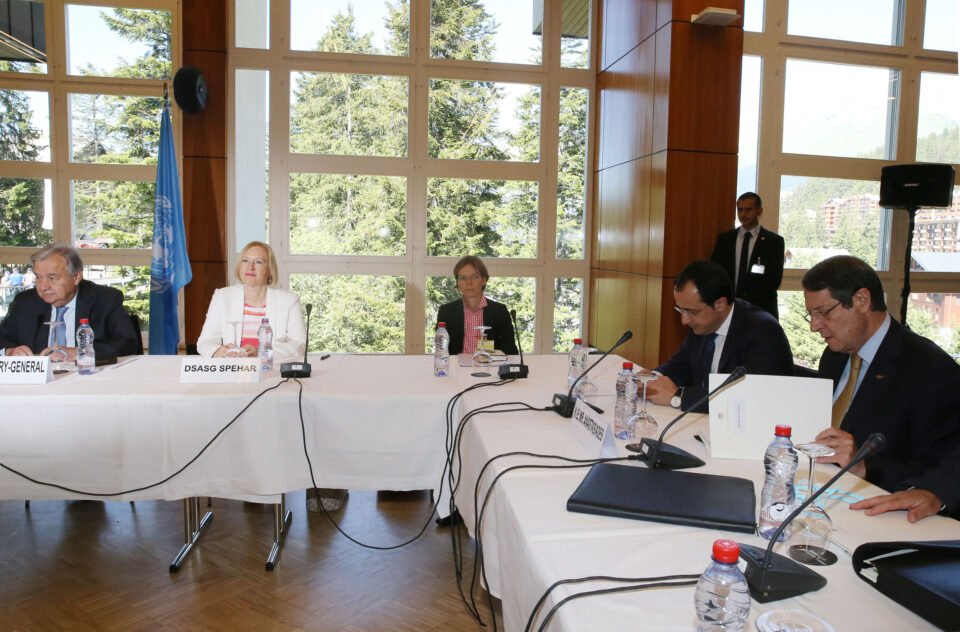 For too many decades Greek Cypriots and Turkish Cypriots have been trying hard, under UN auspices, to resolve the Cyprus problem and reunite their beautiful island under a bizonal, bicommunal federation with political equality as described in various UN Security Council resolutions. The dialogue for a solution is still ongoing, albeit with some interruptions, but the parleys have yielded little or no result since there is still a huge gap in the positions of both sides on the core issues under discussion (ie political equality, security-guarantees etc). Moreover, just recently, and following a change in leadership, the Turkish Cypriot side – at least publicly – abandoned the pursuit of such a federation in favour of a two-state solution based on “sovereign equality”. In the short term, because of the aforementioned (non) developments, the outcome to any impartial observer is that there is no sign of light at the end of the tunnel and as time passes the realities on the ground (and recently in Cyprus’ Exclusive Economic Zone as well) make a solution more and more difficult.

Yet why have all these rounds of negotiations to solve the Cyprus problem failed? Presumably because, via this protracted consultation process, both sides have always put the cart before the horse! That is, instead of creating the necessary trust and confidence prior to any substantial negotiation for a comprehensive solution, the two communities have continuously attempted to negotiate a solution before these conditions were put in place. Thus, the failure!

It would seem evident from the above that a new approach is needed to assist a solution. Such an approach should, in my opinion, aim at cultivating the bicommunal economic, political, social and cultural ground before any comprehensive solution is negotiated and agreed. Namely, an evolutionary or a gradual approach, within a pre-agreed road map, could offer the two Cypriot communities the opportunity to fulfil their negotiating interests by creating trust and confidence concurrently; something quintessential for a future comprehensive settlement based on a new future revised plan by the UN.

To be more specific, following the next five-party unofficial conference under the auspices of the UN secretary-general and after substantial preparation and consultation with all interested parties, the UN Secretary-General Antonio Guterres ought to call, ideally in the first half of 2021, an international conference with the participation of the Republic of Cyprus’ (RoC) three guarantor powers – Greece, Turkey and the UK – the two Cypriot communities and the EU as an observer. The said conference should aim at leading the two communities to a provisional agreement for an evolutionary (or a step-by step) solution.

Such an agreement could incorporate a preamble which could include:

First, return by Turkey of the fenced-off section of the city of Famagusta to the administration of the UN and subsequently to its legal Greek Cypriot inhabitants in return for RoC approval of the EU Direct Trade Regulation and the legitimate opening of Famagusta port and the Tymbou (Ercan) airport (essentially via the consent of International Civil Aviation Organisation and ideally under the auspices of the UN).

Secondly, the creation by the UN, with the approval of the RoC, of a bi-communal steering technical committee that should start discussing mutually agreed ways of exploring, drilling and exploiting the hydrocarbon reserves in the RoC’s Exclusive Economic Zone (EEZ) in return for Turkey’s avoidance of any threats and actions that violate the RoC’s EEZ.

Thirdly, implementation by Turkey of the ‘Ankara Protocol,’ namely the opening of Turkish ports and airports to RoC’s vessels and aircrafts, in return for the RoC unfreezing the six negotiating chapters of Turkish EU accession negotiations (that the RoC has been blocking since 2009) and the RoC’s consent to upgrading the EU-Turkey Customs Union Agreement whenever this is brought on the table.

Fourthly, gradual reduction of the Turkish troops from northern Cyprus and Turkey’s approval of an intensification of the current process for demining the island in return for a two-year freeze of the RoC’s national guard’s armament programme.

Fifthly, enlargement and intensification of the current bicommunal economic, cultural and educational exchanges, under the UN’s supervision, and with the active and more intensified and enlarged support of the EU’s Cyprus Settlement Support Programme.

Unquestionably, the potential implementation of these CBMs within a two-year road map based on such a provisional agreement could gradually and potentially eradicate the causes of the Cyprus problem as described before.

In other words, the said CBMs could potentially: 1) boost the Greek Cypriot and Turkish Cypriot feeling of security and thus increase their level of mutual trust and confidence, enabling them to cultivate mutual empathy, 2) induce the political, economic and religious elites on both sides that are currently opposing a bizonal, bicommunal federation based on political equality to reverse their positions, 3) help Greek Cypriots and Turkish Cypriots understand and appreciate the benefits of being citizens of a future united federal state as opposed to being members of an ethnic group in a divided country and 4) give rise to a new generation of enlightened leaders in the two communities who could potentially lead Cyprus the soonest possible to a reunification.

After endless abortive efforts by all interested parties to find a comprehensive solution to the problem based on the elusive and failed principle “nothing is agreed until everything is agreed”, it seems that the time is now ripe to approach the solution from a different pattern of thought – namely, from an evolutionary point of view. Adopting this approach in everyday collaboration between the two sides on high and low policy issues, based on a non-zero-sum game, may be extremely productive. Moreover, via this approach, both Cypriot communities could, in stages, quench their basic negotiating interests. It would also create a baggage of trust that would help them to renegotiate in the future with a fresher angle a comprehensive settlement of the problem within the framework of a future plan by the UN, ideally again based on a bizonal, bicommunal federation with political equality. Perhaps only through this type of approach will the Cypriots ever be able to reunite their island and as a result construct the conditions for everlasting peace and prosperity in this small but significant country in the turbulent Eastern Mediterranean region.

Christos Yiangou is a former diplomat at the foreign ministry and is currently the president and managing director of BLC LTD (www.blc-group.com)

This article is adapted and updated from: Yiangou C. “Solving the Cyprus problem: An evolutionary approach” The Cyprus Review Journal, Vol.26, No.2 (Fall 2014)