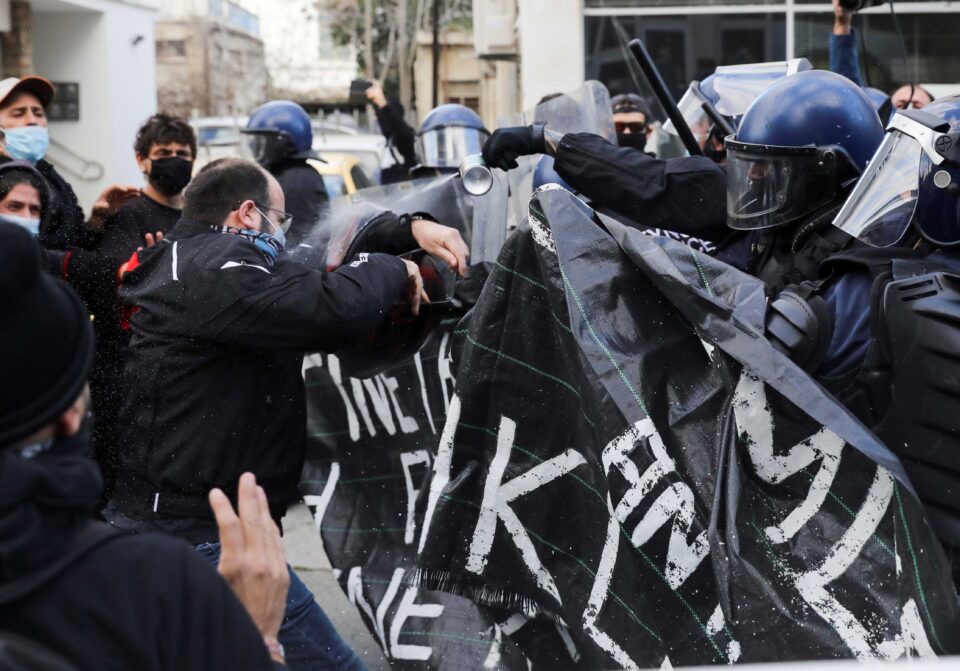 The fallout from Saturday’s protest – with footage of police violence shocking many observers – has engulfed the local political landscape but has also drawn an unusual amount of international scrutiny.

Conditions are brewing for a perfect storm: months of pent-up anger over coronavirus restrictions, allegations of systemic corruption within the state and a string of seemingly mishandled cases by the police.

Pictures of officers fully decked in riot gear were picked up by major news organisations across the world such as Reuters and the Associated Press while the human rights organisation Amnesty EU said it is “very concerned regarding reports of excessive use of force by Cyprus police against peaceful protests against corruption.”

“We call for an impartial, thorough and prompt investigation,” Amnesty said.

Akel leader Andros Kyprianou is due to meet President Nicos Anastasiades on Thursday tomorrow to discuss the situation and is expected to call on the government to peel back its ‘unconstitutional decrees ‘which ban demonstrations.

Many have argued that the right to peaceful assemblies and demonstrations are enshrined in the constitution and should not be banned, but perhaps regulated instead amidst the pandemic.

Notably, a court in Germany ruled that people have the right to hold political protests if they adhere to social distancing rules.

Akel has also repeatedly called on Justice Minister Emily Yiolitis to resign as she is again facing mounting pressure from opposition parties and many members of the public.

Yiolitis herself claimed the scenes she saw at the protest gave her sleepless nights.

With the wind in their sails, protesters have organised another demonstration for this Saturday: “The violent repression and police brutality we faced on February 13 from the Anastasiades government fully justifies the reasons why we took, and we will take to the streets again,” organisers wrote on the Facebook page announcing the event.

The police meanwhile are facing mounting criticism following Saturday’s events, which they have rejected, but also within the wider context of alleged mishandling of cases.

The months long saga of the Justice Minister – Twitter parody account is still ongoing but on Monday police chief Stelios Papatheodorou said that perhaps the force went too far.

The double murders in Ergates last week has seen various state institutions shifting blame over who was responsible for handling the family’s case, with police denying that previous altercations within the family were brought to their attention. 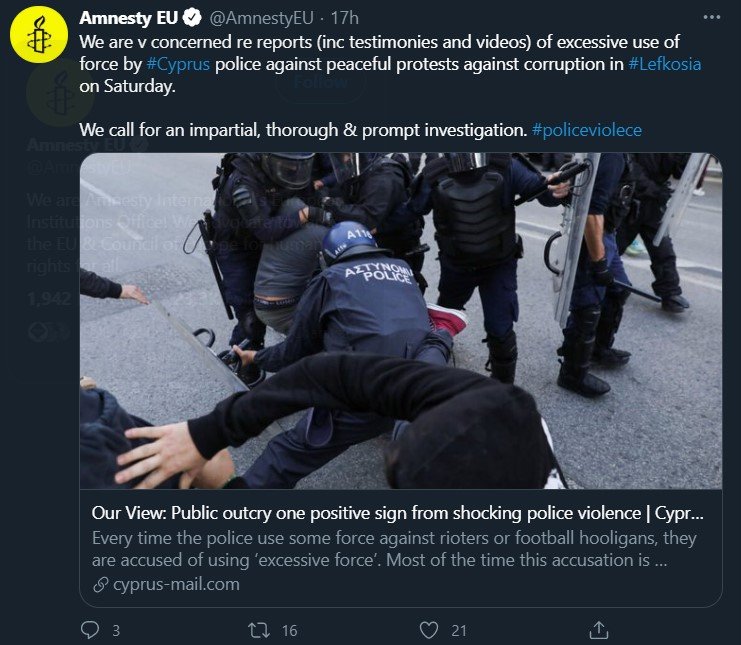 The policing of Saturday’s protest has fanned the flames as those in charge of the force appear to be ducking for cover.

Yiolitis herself said: “the required proportionality seems to be missing.”

The rank and file members of the police say they were just following orders as they sense the ground shifting as blamed being thrown their way. Some members of the force have handed in their gear in protest over the way they are being treated.

On Wednesday, police spokesman Christos Andreou said police had only intervened when the ‘protest turned into a riot’. He told the Cyprus News Agency that in many other demonstrations, police had showed tolerance, as these had been peaceful and there was no threat to life or property.

“If a peaceful demonstration turns into a riot and there are scenes of violence, it is the duty of police to intervene to restrict it so as to protect the other citizens and their properties,” he said.

Police had issued an announcement reminding the public that mass gatherings were prohibited under health ministry decrees. Participants were three times asked to disperse but did not. “Under the decree, reasonable time is given to demonstrators to disperse and those that fail to do so are warned of police’s intentions.”

Asked whether police had used excessive force, Andreou said this would be determined by the independent police complaints commission.

A new demo is planned at the same location on Saturday and police are due on Thursday to discuss how to handle it.

Pfizer’s vaccine supply to the EU 30% below plans