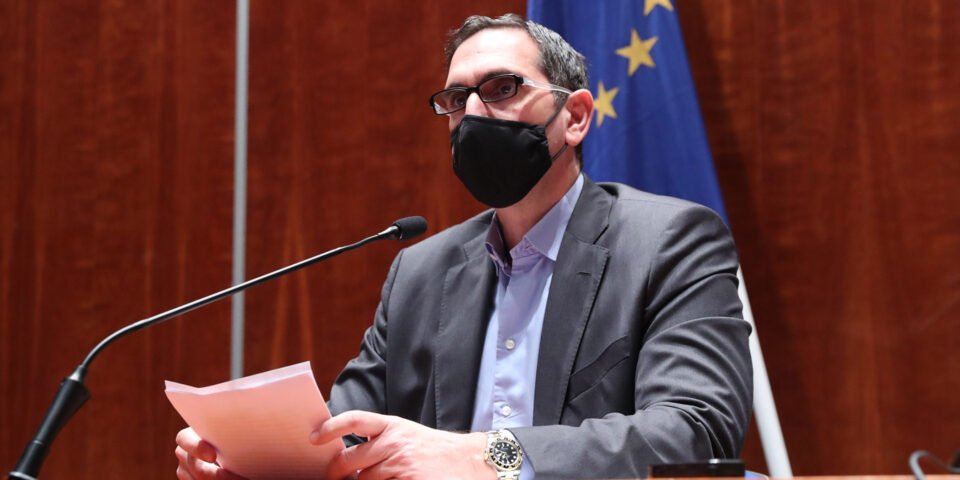 Health Minister Constantinos Ioannou on Thursday announced the gradual return of high school students to classrooms from March 1 as part of the next phase of relaxations while calling on the public to be patient for a few more weeks.

Restaurants, in the meantime, are expected to be allowed to resume full operations from March 16.

According to Ioannou, the cabinet decided the return from Monday, March 1, of the remaining two classes of lyceum pupils (grades 1 and 2) to their classrooms.

From March 1, music and private tutoring schools and other afternoon activities will be allowed to resume operations but only with the physical presence of two people (one tutor and one student).

Gyms, dance schools and other indoor sports facilities, including swimming pools, will also be able to resume operations based on the instructions and protocol to be issued by the Cyprus Sports Organisation. The same applies for group training and matches of all team sports of the third division.

Galleries and other art spaces can also reopen, while visits will be allowed to nursing homes.

Access to nature trails for exercise will also be allowed from March 1 as well as the resumption of street vending and flea markets for the sale of items other than food.

The minister said that restaurants will most probably be able to resume full operations from March 16.

Permission to go out with an SMS, the curfew in force from 9pm to 5am and remaining restrictions on movement remain for the time being, at least until March 16.

“It has not yet been assessed what will follow after March 16,” Ioannou said.

The announcement was made after a cabinet meeting. The number of cases, the positivity rate, the situation in hospitals but also deaths were taken into consideration for these decisions, Ioannou said.

The minister said the lifting of measures “should done slowly, carefully and in a controlled manner.” He added that caution was needed as regards relaxations as the situation could easily get out of hand within days while it would take weeks to put it under control.

“Activities where a lot of people are gathering and there is overcrowding, dramatically increase the risk of infection,” he said.

He added that the positivity rate was now close to 0.5 per cent with small fluctuations.

“The cumulative impact across Cyprus is still above the safe limit set by the European Centre for Disease Control and Prevention (ECDC), at 164.3 per 100,000 inhabitants, a slight decrease compared to the previous fortnight,” he said. The minister pointed out, however, that the situation in Limassol “although improved, remains at a critical point, which can easily worsen.” He added that police were given instructions to up checks in the district while from Monday checks would increase even more.

In hospitals, the situation is manageable, but it could easily get out of control, he added.

“Our goal is not to impose fines. Our goal is to help the various companies find ways to implement the protocols correctly and effectively for their safe operation and the protection of the health of their employees,” Ioannou said.

“We have to be patient for a few more weeks,” the minister said, referring to the vaccination coverage of the population which is underway.

“I expect from the beginning of April, according to the available data, to have at least 200,000 people (vaccinated) with either the first or the second dose.” Citing published data but also the experience from the vaccination of millions of people in the UK and other countries, he said there is significant coverage and immunity of up to 94 per cent from the AstraZeneca and up to 85 per cent from the Pfizer vaccines, from the first dose, “which is very important, to have immunity at least in terms of hospitalisations and deaths.”

He said it is expected that by the end of April, between 300,000 to 350,000 people will be vaccinated while by mid-June the number will have risen to 500,000 to 550,000, which translates to 70 per cent population coverage and immunity. “Until then, and at least until mid-April, we must take all protection measures and comply with the protocols,” he said.

The latest relaxations prompted reactions, including from opposition parties with Akel arguing that the measures were not based on scientific data but on government policy decisions. The party also accused the government of ignoring the principle of proportionality and of “abusing the responsibility and patience of the people and the political forces.”

Citing the Constitution and European and UN human rights charters, Akel said that the Disy government “insists on disproportionate and prolonged restrictions on individual rights and democratic freedoms, on measures that do not help stem the pandemic but only weaken the people’s resilience.” The continuing universal ban on demonstrations, despite the suggestions of the scientific team, is a typical example that confirms that the government is using the pandemic as a pretext, it added.

The party said it was already looking into ways of curbing “the government’s superpowers in relation to some of the pandemic decrees.” It also called on the government to take initiative on the issue of vaccinations arguing that Cyprus, despite its EU commitments, had every right to “turn to other sources and ask for alternatives for the protection of the Cypriot people.”

Edek said the measures were “inadequate and contradictory” since they provide for the return of pupils to school and yet, private tutoring schools can only operate with two people at the time. The party also said the government did not pay heed to its suggestion for the full reoperation of restaurants from March 1 and for relaxations on gatherings.

Plans for hospital and rehabilitation centre in Engomi

Stringed victory: the art of crafting a flamenco guitar