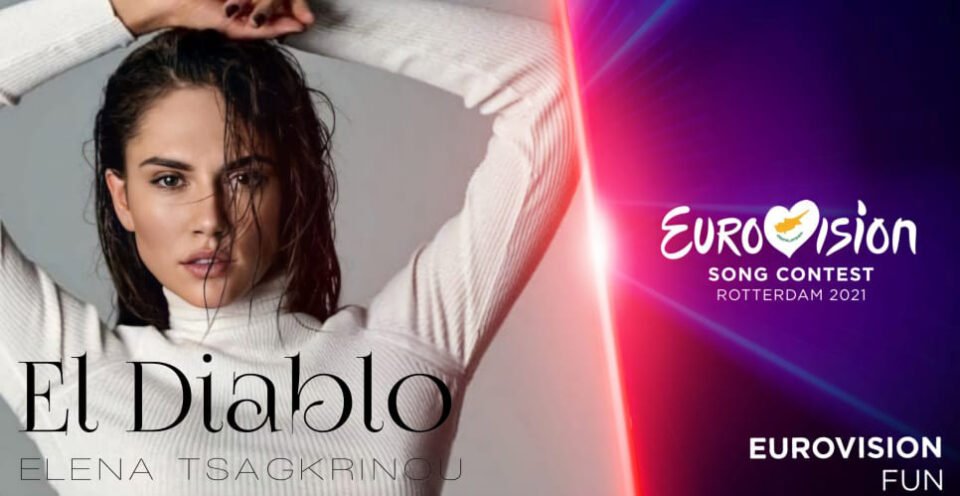 Cyprus’ 2021 Eurovision entry El Diablo (The Devil) has been called ‘satanic’ promoting an outcry from theologians and teachers among others calling for it to be withdrawn.

The state broadcaster even received a phone call on Friday threatening to set the building on fire because of the song representing Cyprus at the Eurovision song contest on May 18 this year, El Diablo, performed by Greek singer Elena Tsagrinou.

It followed the appearance of an online petition demanding withdrawal of the song.

“Dear, fellow citizens, Cyprus’ participation in Eurovision with El Diablo is scandalous to us Christians. Join the protest.”

CyBC’s management reported to police that in the morning they received a phone call threatening to set the building on fire if the state broadcaster did not cancel the song.

The person who said he called Cybc and made the threat later told Politis he was very angry when he made the call and now regrets his actions.

“I was in a state of shock,” he told the paper, “and angry over the lyrics. The reference to Satan provoked feelings of anger and so I reacted with a boiling soul and said something for which I apologise.”

He said he was not going to burn down the Cybc, nor would he. “I do not consider the way I reacted as proper and if I have caused upset to the employees there, or other people, I’m sorry,” he added.

“Even now I disagree with the song and consider it wrong to refer to Satan in songs that affect young people but I do not believe in violent reactions and reassure my fellow citizens that I will not carry out my threats. There are other democratic and peaceful ways of reacting and expressing a disagreement.” According to Politis the man is to give a statement to police.

CyBC said the song’s lyrics of the song tell the story of a woman who fell in love with a bastard who took advantage of her.

The song represents the age-old battle between good and evil, the broadcaster said.

It speaks of a problematic relationship between a man and woman who suffers from Stockholm Syndrome – the psychological condition when a victim of abuse identifies and bonds with their abuser – who seeks help to get out.

CyBC expressed hope that the song and its correct interpretation would be an inspiration for anyone going through a similar situation.

That explanation did not go a long way in convincing theologians, members of secondary education teacher’s union Oelmek, who said they were disgusted by the lyrics, which “glorify Satan.”

Even metaphorically, they said, the choice of lyrics is provocative.

The theologians said the song offended the religious feelings of a “faithful people” and at no point did it promote the country’s culture.

“Why does our small and semi-occupied Cyprus, an island visited by thousands each year who admire its religious monuments, among others, have to be represented by a song that essentially promotes satanism?”

If winning is the only priority, it is better not to take part than be represented by every diabolical subculture, they said.

Far-right party Elam called on CyBC rescind its decision and select a song that will show “the beauty, the Greek Orthodox tradition and history of our country. We want Europeans to know this beautiful island in the Mediterranean for its special characteristics and not its love for the devil.

The tune includes lyrics like “I fell in love .. I gave my heart to El Diablo” and “I gave it up because he tells me I’m his angel”, calling the relationship spicy and hotter than sriracha, a hot sauce.

A video with the song shows Tsagrinou dancing on an exercise mat, then dancing with individuals lunging at her, presumably little demons.

“This is scandalous to us Christians,” petition starter Demetris P wrote on a petition site.

His petition calling for the song to be withdrawn had more than 2,500 signatures by early Friday afternoon.