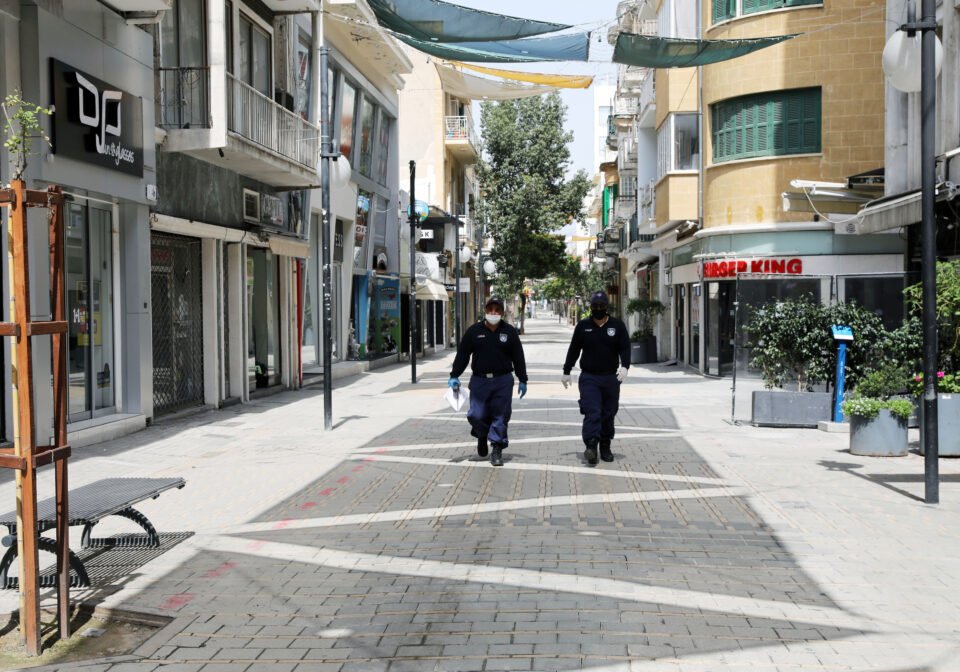 A Nicosia legal firm is gearing up to file a lawsuit against the state on behalf of a group of establishments shuttered by order of the health minister – the first serious pushback to the coronavirus decrees.

Yiannos Georgiades, of Y. Georgiades & Associates LLC, tells the Sunday Mail they’ve been talking to some 30 businesses and are on the verge of filing most likely a class-action civil lawsuit in a district court.

The filing or filings may happen sometime within the next two weeks.

They come almost a year into coronavirus mandates and rule-by-decree, which have hit the hospitality industry particularly hard.

The plaintiffs will seek compensation for loss of earnings due to the state-mandated shutdowns.

Should they go to court and gain a favourable judgment, the ruling and any compensation would apply to the plaintiffs alone.

But speaking with Georgiades, one gets the sense the attorney wants to put the lockdown system itself on trial.

As his baseline, he argues that the Covid-19 restrictive measures are flat-out illegal and unconstitutional.

According to him, the law gives the power to issue regulations and not decrees.

“Therefore, if what the health minister has been issuing are decrees and not regulations, it is illegal. On the other hand, if they are regulations, they are still illegal unless they are approved by the House of Representatives,” he said.

None of the dozens of decrees rolled out since last March have got the nod from parliament.

Even if the decrees had passed through parliament, Georgiades says, it would still raise questions about their constitutionality, as the measures are disproportionate and violate human rights.

“We have two conflicting issues here: one is the protection of public health, but on the flipside this should be done carefully and diligently.”

The lawyer proceeds to break down his thinking. He rattles off a number of issues that might impact compensation for any plaintiffs.

First off, that the government measures are disproportionate.

Secondly, Georgiades thinks he can the make the case that the state has been negligent in handling the coronavirus situation.

“We’ve seen repeated public statements – by the health minister and others – justifying the lockdown due to the feared adverse impact on the healthcare system. That is, to prevent hospitals from getting overwhelmed and so forth. That’s on record.

“But this for me is a classic example of negligence – they [the state] are admitting the inefficiency of the healthcare system, but still use that as the predicate to lock down everyone.”

Instead, other steps could have been taken to improve the healthcare system:

“We’ve been dealing with this situation since last March. More than enough time to expand bed capacity, hire nurses. Not to mention there are a bunch of hotels lying idle that could accommodate patients.”

What’s more, Georgiades says he knows people familiar with the status of hospitals, and that these individuals tell him that at no point were hospitals stretched to the limit.

“The corollary of all that being that the lockdown is unnecessary.”

Thirdly, the decision to lock down is based on the data and advice provided by the scientific advisory team.

“So this team do have responsibility. They ought to have investigated in greater depth the ramifications of lockdown. Surely they must have been aware of the literature out there concerning the impacts of lockdown, not to mention the Great Barrington Declaration. All this information is in the public domain.”

Then there’s the issue of the PCR test and the false positives – again widely reported in the media and in scientific literature.

“And yet a lot of the panic created rests on the ‘cases’ reported through PCR testing.”

In a nutshell – and here’s the punch line – the members of the scientific advisory team are potentially liable for damages, according to Georgiades.

Moving on: Georgiades cites a well-known Cypriot epidemiologist who from the outset has vigorously argued that lockdowns constitute a draconian measure – even if the problem was as bad as the government scientists say it is.

“We know for instance that a great deal of infections during lockdown are acquired at home. But beyond that, the measured response should be to isolate only those people who are infected, plus the suspected cases. You don’t just lock everybody up.

The coming lawsuit will list the state as the primary defendant, but others could be added on – such as advisors to the government.

But won’t that open a whole can of worms? And who is Georgiades to challenge the expertise of the scientific advisors?

The attorney says that if the lawsuit does pan out that way, he will bring scientists – both from Cyprus and overseas – to testify as expert witnesses.

He further plans to cite the work of heavyweights in the field, such as Stanford University’s John Ioannidis.

Georgiades stresses, however, that should the court rule that the decree mandating the closure of businesses is null and void, that would solely apply to the plaintiffs.

When he does initiate legal proceedings, he may also apply for an interim court order lifting the closure for his clients.

If approved, it would allow the plaintiffs to open back up until the court delivers a final judgment on the case.

Regarding the mandatory rapid tests at the workplace, Georgiades said it conceivably violates article 7 of the constitution: “Every person has the right to life and corporal integrity.”

Asked about the same, attorney Nicos Clerides said a woman recently visited him seeking advice on how to deal with this mandate.

She refuses to take the rapid test as a matter of principle and has let her employers know in writing. So far she suffered no sanctions but wants to get ahead of the curve, so to speak.

Should she get fired from her job or suffer any other work-related repercussions, she would sue her employers, adding the state to the list of defendants.

Whereas if she gets into trouble with the law – the state fining her for not taking the rapid test and then prosecuting her – she would sue the state first and foremost.

As far as Covid vaccines go, and their potentially becoming mandatory not by law, but rather through the back door, de facto – such as in Israel with the so-called ‘Green Pass’ – the attorney said should this type of situation occur in Cyprus a person could invoke article 28 of the constitution which speaks of discrimination.

Our View: It is now tantamount to treason to back political equality