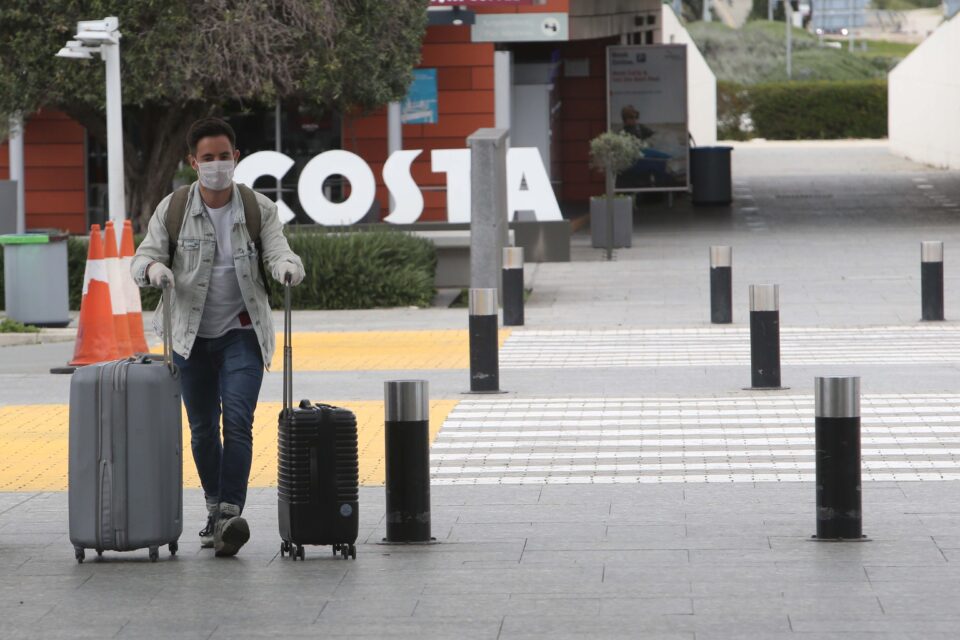 Airport traffic in February fell to a paltry six per cent of that of the same month two years ago, although an uptick in air travel is expected – or hoped for – by the end of March.

“February 2021 closed with extremely low numbers of flights, approximately 30,000 passengers arriving and departing, which is about six per cent of what we had in February 2019, the reference year,” senior manager for aviation development, marketing and communication at Hermes Airports Maria Kouroupi said.

Speaking to the Cyprus News Agency, Kouroupi said 2019 is being cited as the reference year, as already in February 2020 some countries had begun implementing restrictions vis a vis the coronavirus pandemic.

During the month of March flights are expected to double in number, compared to February.

The last week of March, going into the first week of April, is traditionally regarded as the start of the summer travel season.

Since last week, a new airline called Sky Express began flying in from Greece. The coming changes mostly relate to a higher frequency of flights by airlines. Lufthansa, Austrian and Emirates – normally conducting two flights per week – plan to go up to three flights weekly.

At the same time around late March some tourist travel is expected from countries like Denmark, Germany, Finland and Poland.

Kouroupi said airlines had been prepped to implement a new protocol as of Monday, March 1, at the island’s two airports. However plans have been pushed back due to the epidemiological situation in Cyprus as well as other EU countries.

For Britain in particular, flights had been expected to start on Monday but again this was derailed after the UK government announced a ban on non-essential international travel from and to the country till at least May 17.

Regarding the categorisation of countries in terms of the coronavirus threat, Kouroupi said that as of March 1, and for a period of one month, only countries of the EU and the European Economic Area will be ranked green, orange and red – based on guidelines drawn up by the European Centre for Disease Prevention and Control.

For March alone, passengers arriving from countries designated ‘green’ will not be required to undergo a Covid test.

That does not apply to passengers from Britain, which is currently not an EU member state.

But starting on April 1, a number of countries not in the EU or the European Economic Area will be incorporated into the colour scheme (green, orange, red). That will include the UK.

On Paphos airport, Kouroupi said it continues to service private flights. Commercial flights at that airport are expected to resume sometime in April.