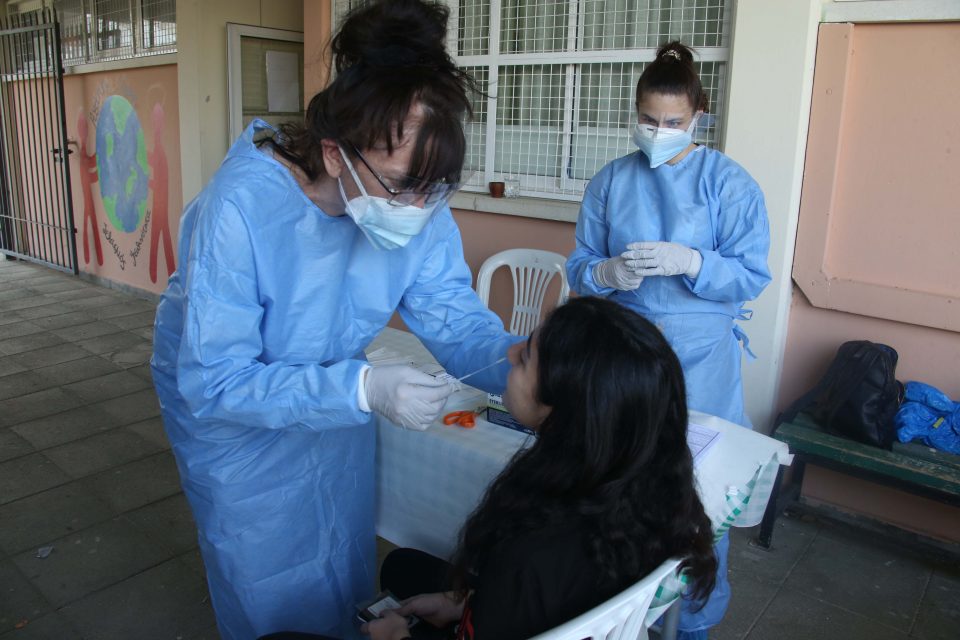 Parents on Tuesday said they were outraged by a new health ministry decree that means all secondary school students must take weekly rapid tests.

According to the ministry of health, as of March 8 and every week after that, all secondary school students will need a rapid test to attend physical classes.

“I am furious,” a parent whose child is due to return to school on March 16 told the Cyprus Mail.

She is not alone. A new Facebook group created on Monday called Enomenoi Goneis (United Parents), which represents parents opposed to the specific decision, as well as other measures pertaining to schools, grew to nearly 800 members overnight.

“We are not against tests, vaccines and measures that limit the spread of the virus. We are against the violation of our children’s rights and human decency,” the first post reads.

The new rules on rapid testing are in place for both public and private schools, and any child without a negative test or who cannot attend school for any other reason will follow online learning.

One of the group’s main arguments was that the decision, which was originally announced last minute on Sunday afternoon, had no legal standing as it was not a health ministry decree. Many even went as far as claiming they would pursue legal action against the ministry.

However, the ministry of health included the move as part of a decree on Tuesday afternoon.

Sunday’s announcement by the ministry of education also said that while students in the first two grades of lyceum returned as planned on March 1, those in gymnasium would not go back on March 8, but March 16.

This followed a marked surge in cases, with 190 detected among students and teachers already back in school.

“When we talk about 109 primary school students, that corresponds to about 100 families,” contact tracing team coordinator Valentinos Sylvestros told the Cyprus News Agency on Tuesday.

But the decision to make those children not tested follow online lessons will stigmatise students who do not “comply” with the rules, the parent added, accusing schools of leaving students with no choice by making online learning inferior to in-person teaching.

Her child’s school, a private school in Nicosia, reportedly did not present online learning as an option that will be offered for those not getting tested, essentially “forcing children to get tested, or else”.

Not all schools have the infrastructure to support hybrid learning and others are simply not willing to, she argued, explaining that many parents are worried that this would create a double standard, with children learning from home potentially receiving a lower standard of education.

The ministry urged all parents to give their permission so children can get tested either in one of the rapid test centres set up for the general population, or at mobile testing units that will be sent to schools.

Asked whether she will be giving her consent for her child to be tested, the mother emphatically responded that she will not. “He’s still going to school, they cannot deprive him of his education,” she said.

And what if he is not allowed into the school? “I will be taking the matter to the police”.

The next few days will show how far the virus has spread among students and their families, but the contact tracing team is expecting an increase in cases, Sylvestros said.

Angry parents will be taking part a general demonstration against the government and measures on Sunday at 4pm outside the district office in Limassol. On Friday a demo agains the school moves will be held outside the ministry of education at noon on Friday, where protestors will call for the resignation of the education and other ministers.

Dutch sex workers decry coronavirus curbs, demand to get back to work