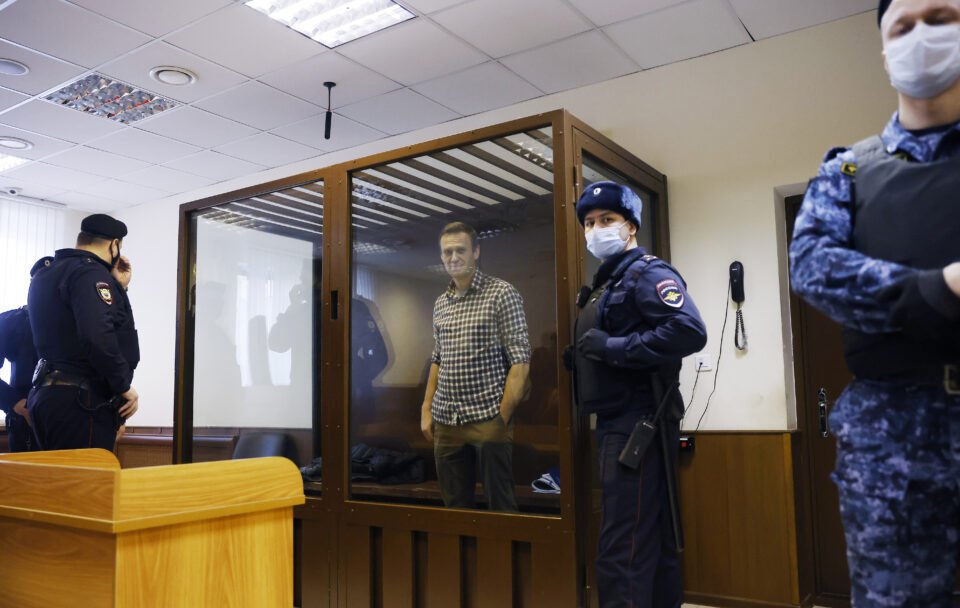 By Steve Holland and Arshad Mohammed

The United States on Tuesday imposed sanctions to punish Russia for what it described as Moscow’s attempt to poison opposition leader Alexei Navalny with a nerve agent last year, in President Joe Biden’s most direct challenge yet to the Kremlin.

The sanctions against seven senior Russian officials, among them the head of its FSB security service, and on 14 entities marked a sharp departure from former President Donald Trump’s reluctance to confront Russian President Vladimir Putin.

Navalny, 44, fell ill on a flight in Siberia in August and was airlifted to Germany, where doctors concluded he had been poisoned with a nerve agent. The Kremlin has denied any role in his illness and said it had seen no proof he was poisoned.

Navalny was arrested in January on his return from Germany following treatment for poisoning with what many Western countries say was a military-grade nerve agent. He was jailed on Feb. 2 for parole violations on what he says were politically motivated charges, and sent to a penal colony on Monday.

Among those blacklisted by the U.S. Treasury Department were Alexander Bortnikov, director of the FSB; Andrei Yarin, chief of the Kremlin’s domestic policy directorate; and deputy ministers of defense Alexei Krivoruchko and Pavel Popov.

As a result, all assets of the seven under U.S. jurisdiction are frozen and U.S. persons are generally barred from dealing with them. In addition, any foreigner who knowingly “facilitates a significant transaction” for them risks being sanctioned.

It was unclear whether the seven had U.S. assets, making it hard to judge whether the sanctions were more than symbolic.

“We also reiterate our call for the Russian government to release Mr. Navalny,” said the spokeswoman.

Psaki defended the decision not to sanction Putin or Saudi Crown Prince Mohammed bin Salman, who U.S. intelligence believes approved an operation to capture or kill murdered journalist Jamal Khashoggi in 2018, saying this reflected a need “to be able to maintain a relationship moving forward.”

Navalny, a critic and political opponent of Putin, was targeted for raising raise questions about Russian corruption and was the latest example of Russian efforts to silence dissent, U.S. officials told reporters on a conference call.

“Russia’s attempt to kill Mr. Navalny follows an alarming pattern of chemical weapons use by Russia,” a senior U.S. official told reporters on a call, referring to the March 2018 poisoning of former Russian military intelligence officer Sergei Skripal in Salisbury, England with a military-grade nerve agent.

In addition 14 entities associated with Russia‘s biological and chemical agent production, including 13 commercial parties – nine in Russia, three in Germany and one in Switzerland – and a Russian government research institute, were hit with punitive measures.

The United States acted in concert with the European Union, which on Tuesday imposed largely symbolic sanctions on four senior Russian officials close to Putin, a move agreed by EU ministers last week in response to Navalny’s jailing.

The EU sanctions apply to Alexander Bastrykin, whose Investigative Committee handles major criminal probes and reports to Putin; Viktor Zolotov, head of Russia‘s National Guard who threatened Navalny with violence in 2018; as well as to Krasnov and Kalashnikov.

The EU sanctions fall short of calls by Navalny’s supporters to punish wealthy businessmen around Putin known as oligarchs who travel regularly to the EU.

Unlike Western sanctions imposed on Russia‘s economy in 2014 in response to its annexation of Crimea, travel bans and asset freezes have less impact, experts say, because state officials do not have funds in EU banks or travel to the EU.

Further sanctions are likely as the United States assesses the Russian role in the massive SolarWinds cyber hack and allegations that Russia sought to interfere in the 2020 U.S. election and offered bounties to Taliban fighters to kill American soldiers in Afghanistan, U.S. officials said.

Biden has taken a tougher approach to Putin than Trump.

“We expect this relationship to remain a challenge,” said a U.S. official, saying Washington would work with Moscow when it served U.S. interests. “Given Russia’s conduct in recent months and years, there will also undoubtedly be adversarial elements.”

Speaking after the announcement, Russia‘s envoy to the European Union, Vladimir Chizov, said Moscow would respond to the latest round of EU sanctions, RIA news agency reported.