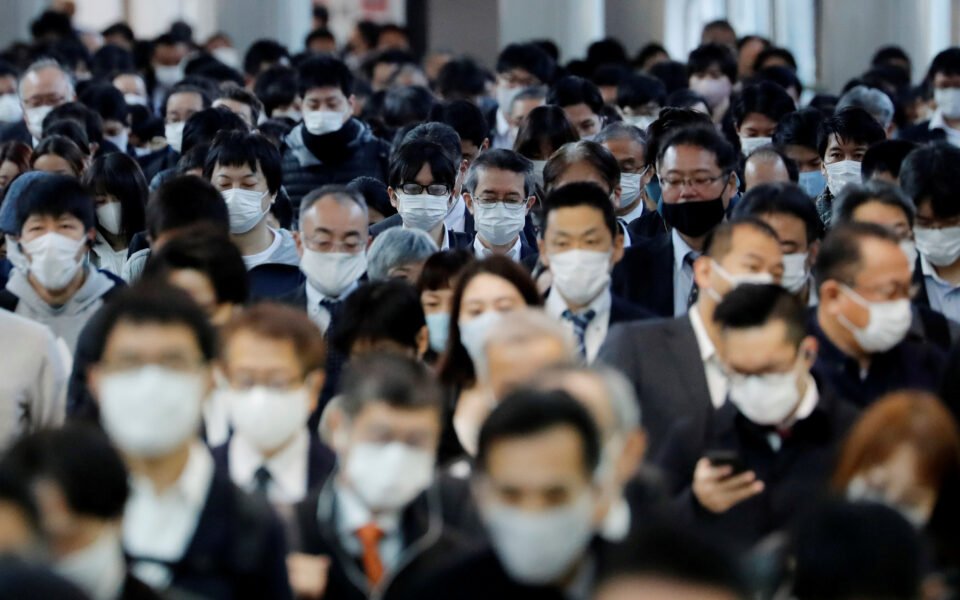 People make their to work in Tokyo

Under the state of emergency, the government has requested restaurants and bars close by 8 p.m. and stop serving alcohol an hour earlier. People are also asked to stay home after 8 p.m. unless they have essential reasons to go out.

Tokyo, Chiba, Kanagawa and Saitama prefectures, which make up 30% of the country’s population, sought the extension past the originally scheduled end date of March 7 as new coronavirus cases had not fallen enough to meet targets.

Suga made the announcement, echoing an earlier one made by the Economy Minister, at the start of a meeting on handling the coronavirus.

Tokyo Governor Yuriko Koike told a video conference of governors of the affected area that the extension was essential.

“We can’t have things rebound now, this is a really important time, and I think we all understand this,” she said.

“We’ll keep in close contact with each other and beat the virus.”

An early morning meeting of advisers had approved the extension, which Suga is set to announce to the nation at a news conference later on Friday.

The measure adds to the challenges facing restaurants and related businesses.

“As long as the government asks us to endure for another two weeks, we will follow its instructions. But that would be a matter of life or death for us,” said Akira Koganezawa, vice president of the association for 55 restaurants that serve monjayaki, a pan-fried batter dish popular in Tokyo area.

“Without enough subsidies, some restaurants would go out of business,” he said.

Fuji TV, citing an unnamed government official, said another extension until the end of March could not be ruled out.

The Tokyo Metropolitan Government is considering setting a criteria for lifting the state of emergency that new daily infections stay below 140 on a weekly average basis, the Nikkei reported.

Tokyo‘s daily new infection was 269 on average for the past week through March 4, according to Reuters calculations.

The government is keen to tame the spread of the virus as preparations ramp up for the Tokyo Olympics with just 4-1/2 months until the Games start.

Foreign athletes have been barred from entering Japan to train before the Games during the state of emergency. It was not immediately clear if the ban would remain in place during the extension for the Tokyo region while the order has already been lifted for the rest of the country.

The current curbs are narrower in scope than those imposed under an emergency last spring when schools and non-essential businesses were mostly shuttered.

New case numbers are still a fraction of their peak in early January, when the state of emergency took effect. Tokyo reported 301 cases on Friday, compared with a record high 2,520 on Jan. 7