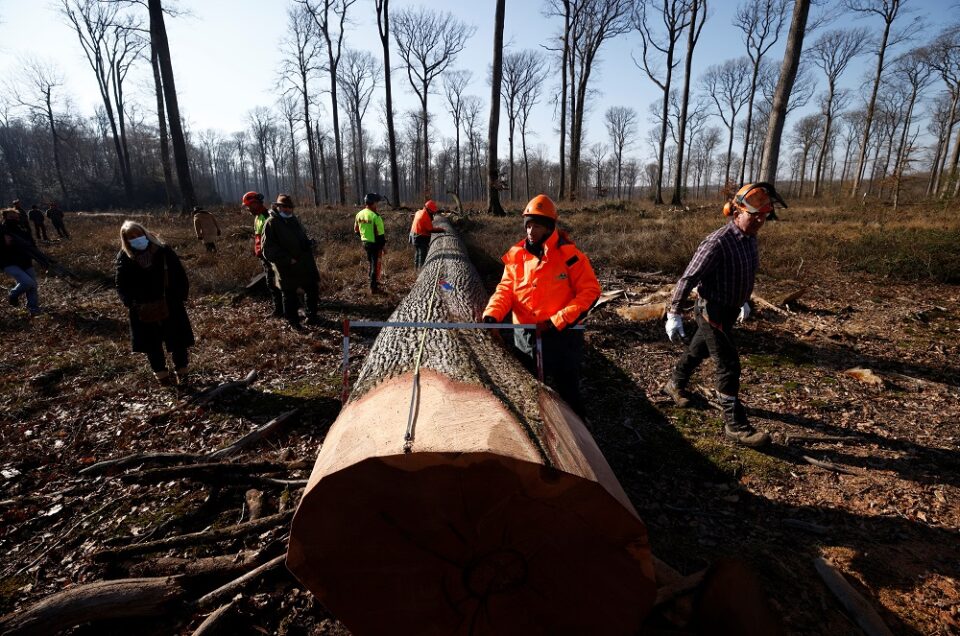 In a former royal forest, tree surgeons on Monday began felling centuries-old oak trees which will be used to rebuild the wooden-framed spire of Notre-Dame de Paris after it was destroyed by fire.

The lead-coated spire, which for more than 150 years had defined the central Paris sky line, was consumed by the blaze in April 2019, collapsing through the stone vaulted roof to the tears and gasps of distraught onlookers.

President Emmanuel Macron announced last summer that the 96-metre (315 ft) spire would be reconstructed as originally designed by Eugene Viollet-le-Duc in the 19th century, launching the hunt for the 1,000 oaks required to build the spire and the frame of the cathedral’s transept.

The trunk was large enough for an 18-metre long beam that will help support the weight of the spire, he said.

The trees that will be taken from the Domaine de Berce, near Le Mans, were identified at the beginning of the year and must all be chopped down before the end of March before the sap rises and the wood contains too much moisture.

The cathedral’s original roof contained so many oak beams it was called “la foret” (the forest).

Albert said the selected trunks were the “perfect result” from two centuries of skilled work in a forest that previously supplied timber to the French navy.

“Now we’ll leave room for a new generation of oaks which in 200 years will create the same forest we see today,” he said.

Omonia remain on top after Apollon and AEL’s goalless draw