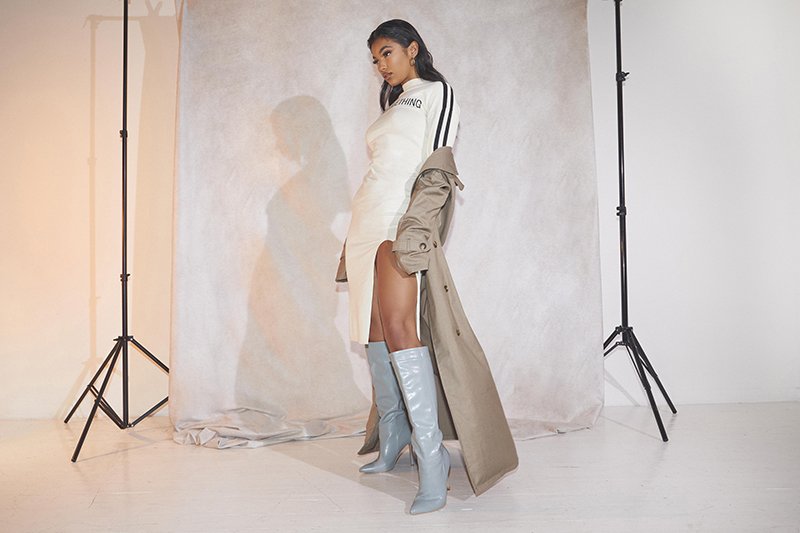 Trends come and go in fashion, but one thing that’s always remained a constant? The trench coat.

Functional, chic and timeless, you just can’t go wrong with a trench. These days, it’s become the epitome of chic off-duty style, but the classic trench coat was initially designed for wartime wear.

According to Burberry, its founder Thomas Burberry invented weatherproof gabardine in 1879, inspiring an early model of the trench coat. However, Burberry isn’t the only storied fashion brand claiming it came up with the trench: Aquascutum also says it holds that honour, designing the first iconic coat in 1914 for the British military.

Whoever actually invented it, the style was perfect for soldiers: new innovations in material meant it was more waterproof and sweat-resistant, there were plenty of pockets and straps, and a shoulder flap provided padding if you were holding a gun. The coat was widely worn in the trenches of World War One, earning its now globally familiar name. Even now, the classic trench tends to come in a khaki, neutral or light brown shade – camouflage colours that would have been used for practical reasons in the military.

Brands like Burberry and Aquascutum soon started selling the coats to civilians, and our love affair with trenches has grown from there. Just think how many major fashion moments in film feature the trench – from Marlene Dietrich in A Foreign Affair, to Humphrey Bogart in Casablanca and Meryl Streep in Kramer vs Kramer.

The continued popularity of the trench coat could be down to its simple elegance, practicality, and perhaps because it’s unisex and suits all different body types.

Trench coats are as prevalent as ever – and now, the fashion crowd is bringing its own spin to the classic style…

This season, the coolest way to update a classic trench is all about leather. Colours tend to be dark and moody – think of forest greens or deep browns – adding to the fashionable detective vibe.

The It girls of Instagram tend to opt for faux leather now, and if you want to take your look up a notch, choose studded detailing or faux-fur accents.

Trench coats might have a storied history, but that doesn’t mean you can’t have a bit of fun with the style. If a plain brown coat isn’t quite your taste, amp things up by getting into the metallics trend.

Amanda Gorman, the current National Youth Poet Laureate in the US, emerged as a rising style star when performing at President Joe Biden’s inauguration in January. Gorman recently read a poem for the Super Bowl, wearing a prime example of the futuristic trench trend: a shiny blue coat from Moschino with silver detailing.

Go for golds, silvers – anything that stands out from the crowd.

For a really classic take on a trench coat, take inspiration from the Duchess of Sussex. Meghan is a well-known lover of trench coats, and her favourite way to wear the trend is all about simplicity.

Harking back to the minimalism of Nineties fashion, this is about taking away all the bells and whistles of a trench – keeping buttons simple and doing away with unnecessary flaps and zips. It’s definitely a grown-up way to wear the trend, and will never go out of style.

To amp up the Nineties vibe, choose a trench that is slightly oversized.

If the thought of a denim trench coat strikes fear into your heart – you never want to fall into the ‘too much denim’ category of Britney Spears and Justin Timberlake at the 2001 American Music Awards – hear us out.

If kept sleek and streamlined, a denim trench is the perfect way to channel the 1970s vibe fashion is currently obsessed with. We recommend keeping your outfit simple and denim-free underneath – if you do wear a pair of jeans, at least make sure they’re a completely different colour to the coat.

Hospitality from the heart