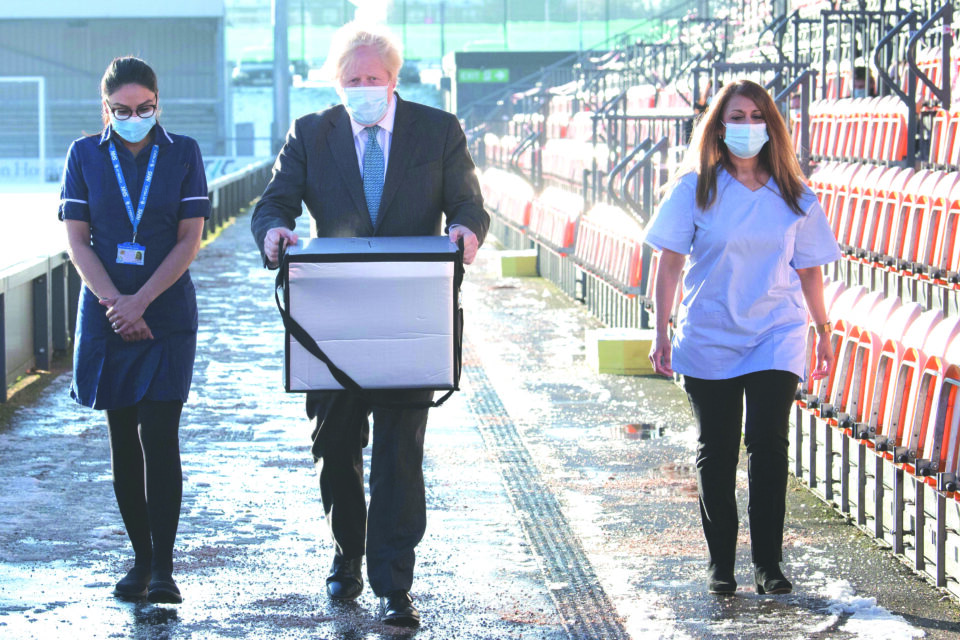 European Council President Charles Michel late Tuesday rejected charges of “vaccine nationalism” levelled against the EU, saying that while Britain and the United States have outright bans on exports of COVID-19 shots, the EU had not stopped exporting.

The EU has found itself under fire at home for a vaccine roll-out much slower than those of former member Britain or the United States, and abroad for so far doing less than China, Russia or India to supply vaccines to poor countries.

Last week it annoyed vaccine buyers abroad by endorsing an Italian decision to halt a shipment to Australia.

Britain had a quick retort for the comments by Michel, who represents the 27 European Union member states, saying it has not blocked the export of a single COVID-19 vaccine.

“Any references to a UK export ban or any restrictions on vaccines are completely false,” a UK government spokesman said.

Britain’s foreign minister Dominic Raab has written to Michel to “set the record straight” and a representative of the EU’s delegation to the UK has been summoned to a meeting at the Foreign Office, officials confirmed.

“Glad if the UK reaction leads to more transparency & increased exports, to EU and third countries,” Michel said in a tweet on Tuesday evening.

The dispute arose after Michel published a lengthy statement on Tuesday afternoon defending the bloc’s strategy. He said that without Europe, it would not have been possible to develop and produce several vaccines in less than a year, and EU solidarity had ensured that poorer countries of the bloc received their first doses.

He took aim at the “highly publicised” supply of vaccines by China and Russia to other countries.

“We should not let ourselves be misled by China and Russia, both regimes with less desirable values than ours, as they organise highly limited but widely publicised operations to supply vaccines to others.” Michel also noted that China and Russia had both vaccinated fewer people at home than the EU.

“Europe will not use vaccines for propaganda purposes. We promote our values,” he said.

Michel also defended a system to control the export of doses produced in EU countries, invoked by Italy last week to block a shipment of AstraZeneca shots to Australia.

“Our objective: to prevent companies from which we have ordered and pre-financed doses from exporting them to other advanced countries when they have not delivered to us what was promised,” Michel said. “The EU has never stopped exporting.”

He said the EU would become the world’s leading vaccine producer in the coming months and was the best equipped to adapt vaccine output quickly to virus mutations.

Tensions have increased between London and Brussels following the completion of Britain’s exit from the EU at the end of 2020.

Relations strained by years of bruising talks over Brexit took a turn for the worse in January when the EU briefly threatened to use emergency measures to stop coronavirus vaccines going from the bloc into Northern Ireland, a British-ruled province bordering EU member state Ireland.