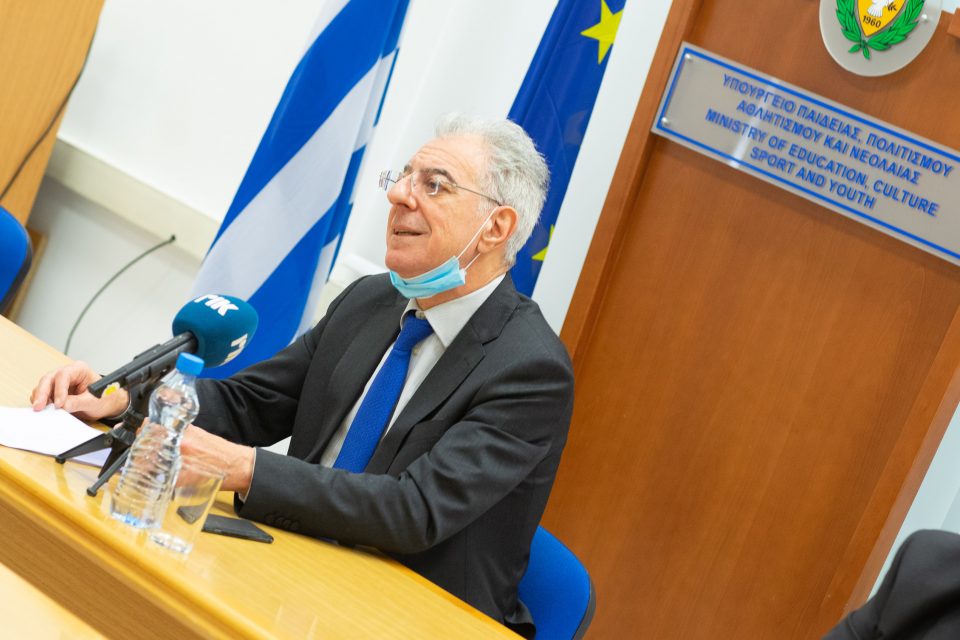 The outlook on the reopening of schools is “fluid” so far, Education Minister Prodromos Prodromou said on Thursday as Cyprus anxiously awaits Friday’s announcement on the next steps to relax measures.

The worsening epidemiological picture, which has seen a spike in positive cases and hospitalisations is starting to cast doubts on whether the much-anticipated school reopenings will actually be taking place on March 16.

At the same time, with only six positive cases detected out of 9,093 tests performed in 35 schools islandwide on Thursday, evidence is starting to point towards the possibility that schools are not as dangerous as commonly believed.

Speaking to Cybc on Thursday morning, Prodromou said that even though he understands the public’s fatigue as a result of prolonged measures, “we must be patient and wait for the tide to turn”.

He reiterated the government’s faith in the vaccination programme and trust in the public’s adherence to protocols and rapid testing policies.

Finally, Prodromou said that the government would be examining all variables to decide what will happen with schools, describing the situation as “fluid”.

The case for reopening schools was raised by recent studies in the US, which showed that classrooms are not hotbeds for Covid-19 infection if health protocols are followed.

While there had been some evidence of in-school transmission, “the preponderance of available evidence from the fall school semester has been reassuring,” the US Centres for Disease Control and Prevention (CDC) said in an opinion piece on the Journal of the American Medical Association (JAMA) Network at the end of January.

“As many schools have reopened for in-person instruction in some parts of the US as well as internationally, school-related cases of Covid-19 have been reported, but there has been little evidence that schools have contributed meaningfully to increased community transmission,” the CDC said.

A good example of this in practice is Canada, where most schools remain open despite a national lockdown, CNN reported earlier this week.

Both parents and teachers expressed their satisfaction with the government’s decision to keep schools open, citing benefits to children’s mental health and education standards.

A school principal in Ontario detailed the protocols followed by the school to ensure parents feel their children are “safe and happy,” which include spaced out desks, handwashing stations, masks and social distancing during breaks.

“It’s a mixed bag. There have been certainly occasional closures and widespread closures” president of the Ontario Secondary School Teachers’ Federation Harvey Bischof told CNN, “but we absolutely agree with the perspective that it should be a high priority to keep schools open”.

Unesco data shows that on average, two thirds of the academic year has been lost due to Covid-19 since the start of the pandemic. Across the EU, school closures amounted to two and a half months on average.

Cyprus ranked 14th out of all EU member states, with 21.1 weeks of school closures in total (about five months). The Czech Republic took first place, with schools closed almost completely since October, which corresponds to 33.9 weeks.

An ECDC report from December showed that “educational staff and adults within the school setting are generally not seen to be at a higher risk of infection than other occupations, although educational roles that put one in contact with older children and/or many adults may be associated with a higher risk”.

ECDC concluded that the decision to close schools to control the pandemic should be used as a last resort.

“The negative physical, mental health and educational impact of proactive school closures on children, as well as the economic impact on society more broadly, would likely outweigh the benefits”, the paper reads.