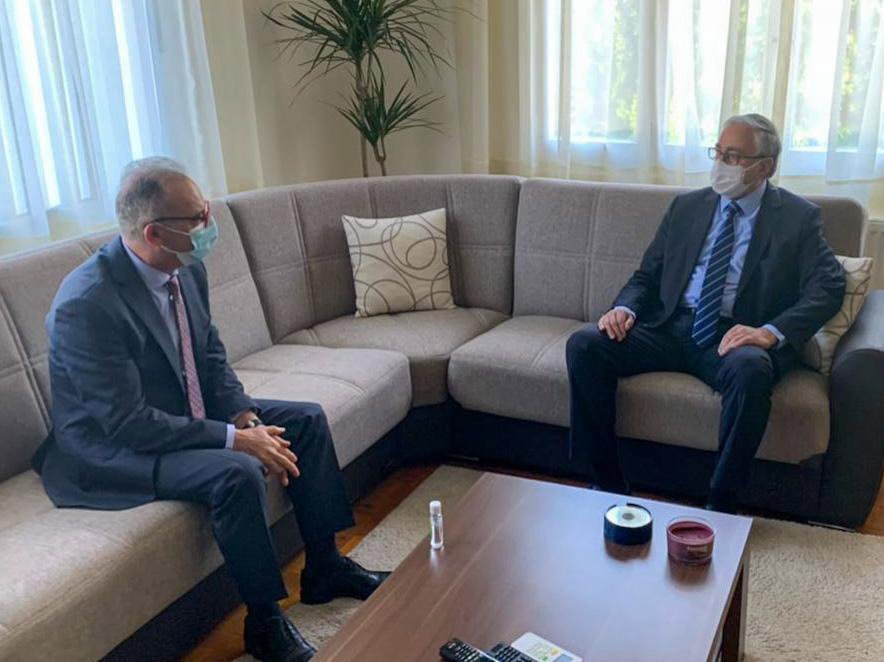 Disy leader Averof Neophytou held a series of meetings on Friday in the north that included former Turkish Cypriot leader Mustafa Akinci, ahead of the informal five-party summit on Cyprus set to take place next month in Geneva.

Neophytou had separate meetings with Akinci, head of the Communal Democracy Party (TDP) Cemal Ozyigit, and former negotiator on the Turkish Cypriot side, Ozdil Nami.

Ozyigit said after the meeting that he was satisfied to see that a bizonal bicommunal federation was a common wish and that it became clearer what political equality was.

The Disy leader had launched a series of contacts with foreign ambassadors and Turkish Cypriot politicians to promote and discuss the federal solution with political equality which is the framework agreed by the two sides.

“Our desire, our hope is not a divided Cyprus, but to be able to jointly achieve a united Cyprus in the future”, Ozyigit said. He expressed hope that a new page with a new approach would be turned in Geneva and substantial negotiations would begin soon for a solution to the Cyprus problem.

Neophytou said it was necessary for political parties to join forces.

“Cyprus cannot be permanently divided. The two-state solution is not a solution. It does not serve the interests of either the Turkish Cypriots or the Greek Cypriots,” the Disy leader said.

He added that they would continue the cooperation “for a united prosperous federal Cyprus.”

Anastasiades and Turkish Cypriot leader Ersin Tatar, along with the foreign ministers of guarantors Greece, Turkey and the UK, are to attend an UN-brokered informal summit in Geneva at the end of April to discuss the way forward as regards the Cyprus problem. The goal is for the informal summit to lead to substantive talks.

Ozyigit also said he raised the issue of the supply of vaccines from the EU to the Turkish Cypriots through the Greek Cypriot side and asked Disy’s intervention to increase the quantity. He said he was reassured by the Disy leader that he would do his best.

Neophytou is set to continue his contacts with Turkish Cypriot politicians.