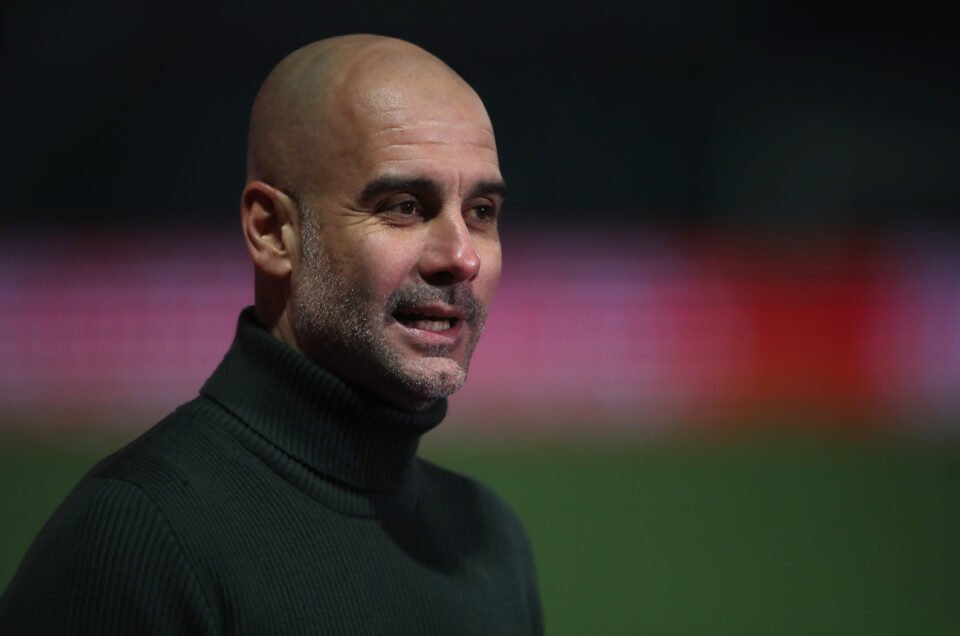 Manchester City manager Pep Guardiola has expressed concern about the state of the pitch at the Etihad Stadium.

City seem to have had few problems playing at home this season given they are 14 points clear at the top of the Premier League and chasing an unprecedented quadruple.

Guardiola, however, feels the surface is in poor condition in comparison to other venues.

The City boss said: “They’re working a lot, they are trying to find a solution but the grass is not good.

“All the players know how good the grass is and sometimes it is not.

“I know the weather conditions here in England are tough but there are stadiums where the grass is good. We were in London against Arsenal, at Anfield, at Old Trafford and the grass was better.

“We were in Budapest in the Champions League and the grass was incredible, red carpet – and our grass still is not good.”

City returned to winning ways after last week’s derby loss to Manchester United with a 5-2 home victory over Southampton in midweek.

They are back in action on Saturday as they travel to relegation-threatened Fulham, a match Guardiola feels will be tough in light of the Cottagers’ recent form.

Scott Parker’s side have lost just one of their last seven games as they battle to escape the bottom three.

Guardiola said: “They play incredibly well. They were relegated with Scott and promoted again.

“I was really impressed when they played here with their physicality, their strength. It is a big challenge for us.”