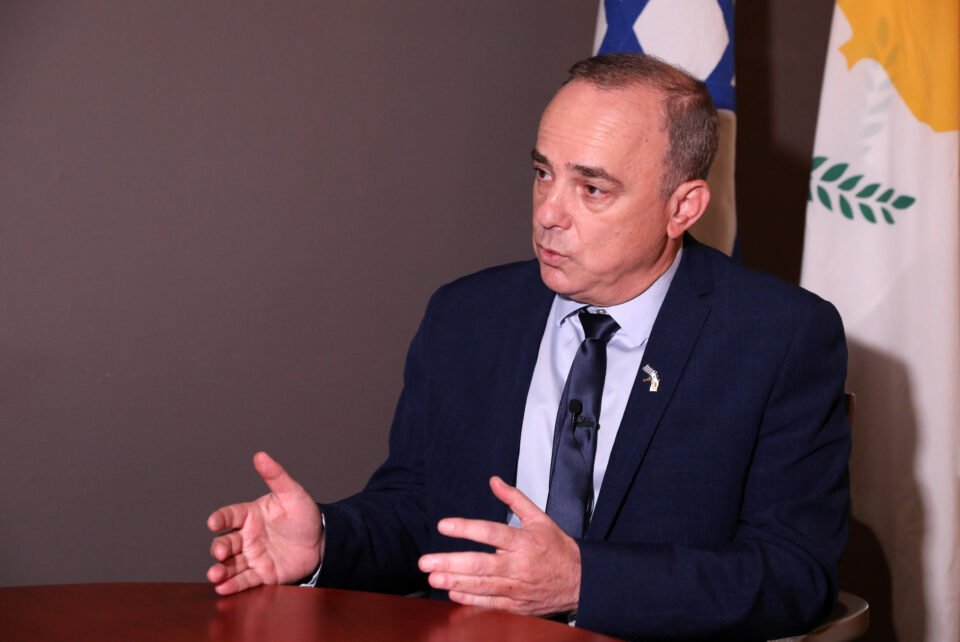 After nine years, an agreement was reached this week to move forward gas sharing between Israel and Cyprus as a field straddles the borders. But how long will it take to get off the ground?

Following nine years of stop-start talks, the understanding reached earlier this week between Cyprus and Israel over developing the Aphrodite gas field was hailed as a ‘breakthrough’. Given so much time has elapsed, the standard political pageantry surrounding the news was perhaps understandably greeted with a fair amount of skepticism. But analysts do gauge the development as positive, and one that removes an unnecessary thorn in relations between the two countries.

The Aphrodite-Yishai field is a cross-border natural gas reservoir, but the two governments have been unable to reach an agreement on the fine print of its commercial exploitation.

The Aphrodite field holds an estimated 4.1 trillion cubic feet of gas. At stake was about 10 per cent of the deposit.

Development of the Aphrodite play has been held up because of the protracted dispute.

In 2019 Cyprus signed a 25-year concession with Noble Energy, Shell and Delek Drilling for exploitation of Aphrodite. Israel had maintained an agreement was required before work started because part of Aphrodite overlapped on to the Israeli side.

But the situation has shifted considerably since. Last year Chevron completed its acquisition of Noble Energy and all the latter’s assets, including the Aphrodite gas concession.

Chevron’s entry into the picture appears a main driver behind the ‘breakthrough’ on Aphrodite cited by Israeli energy minister Yuval Steinitz during his flash visit here this week.

Steinitz explained that the general idea is that the two governments will enable the companies involved on both sides of the demarcation line between the exclusive economic zones (EEZs) of Cyprus and Israel to sit together for the next half a year to try to reach commercial arrangements between them that will be later submitted to the two governments to approve.

For her part, Cypriot Energy Minister Natasa Pilides spoke of a ‘framework’ hammered out by the two governments that will be relayed to the companies to guide them in their talks.

Energy expert Charles Ellinas surmised that a few months ought to do the trick.

He said the concession holders on either side had previously shared data, so it would not be like starting the process from scratch.

It appears that the previous concessionaires, Noble, were reluctant to acknowledge that the companies in the Yishai field had any commercial rights to Aphrodite. And the Cypriot government almost inevitably had to stand in Noble’s corner.

Chevron, on the other hand, wants to play ball, so to speak.

Ellinas thinks it almost certain that the US supermajor was in the loop about the inter-governmental talks between Cyprus and Israel.

“Chevron have a higher-level view of situations like these compared to mid-sized companies like Noble. They are an entity with a global reach and vision, and far more experienced in dealing with disputes involving the share of spoils,” he told the Sunday Mail.

“For Noble, a few million dollars less in gas proceeds made quite a difference… not so for a company the size of Chevron.”

So what’s the way forward?

Ellinas said the companies on either side of the Cyprus-Israel demarcation line will now sit at the table and try to thrash out the split from Aphrodite.

That shouldn’t take too long.

Should the corporations remain too far from one another – for instance if one side claims 8 per cent of Aphrodite and the other side says 2 per cent – then they’d bring in independent specialists, for example Netherland, Sewell & Associates, which specialises in geological and geological services.

And should that fail, they might resort to arbitration in the courts – although Ellinas thinks that scenario highly unlikely.

If all goes well, the companies would draft a proposal and present it to the governments concerned. Assuming both Nicosia and Tel Aviv are satisfied, it could pave the way for the unitisation agreement that has so far eluded the two nations.

The unitisation agreement between governments concerns tax and legal matters.

That’s not to say it’s all smooth sailing from here on out, qualifies Ellinas.

“But the fact that Cyprus and Israel have finally got the ball rolling, that’s definitely a very positive development.”

Nicosia is certainly keen for a deal, given that the Cypriot state’s share from the production-sharing contract with the Aphrodite concessionaires is understood to be 56 per cent.

With Israel, the state doesn’t have a stake (ownership) of gas fields, but the government takes in royalties and taxes from gas sales.

“For Israel, no matter how small their slice of the pie from Aphrodite, the prospective revenues are by no means negligible,” Ellinas said.

Geopolitical analyst Zenonas Tziarras, author of the Greek-language book International Politics in the Eastern Mediterranean, was asked to weigh in on the political angle.

“The Republic of Cyprus’ energy plans have been postponed a number of times over the last decade for various reasons,” Tziarras said.

“Although Cyprus had initially aspired to become an energy hub in the eastern Mediterranean, it seems Nicosia faces mounting pressure to act and keep up with a number of regional developments in order not to stay on the outside of the emerging energy architecture.”

Tziarras added: “The reports about an Egypt-Israel deal for a new pipeline from Israel to Egypt, as well as Cairo’s ostensible proposal regarding an alternative route for the East Med pipeline bypassing Cyprus, raised concerns in Nicosia.

“With Aphrodite being Cyprus’ only confirmed and readily exploitable reserve, any immediate plans either for domestic consumption or gas exports (be it to Egypt or Israel) depend on Cyprus’ ability to utilise the said reserve. Such a development would, in turn, allow Cyprus to acquire a more active and tangible role in energy-related projects that are already under discussion or preparation.”