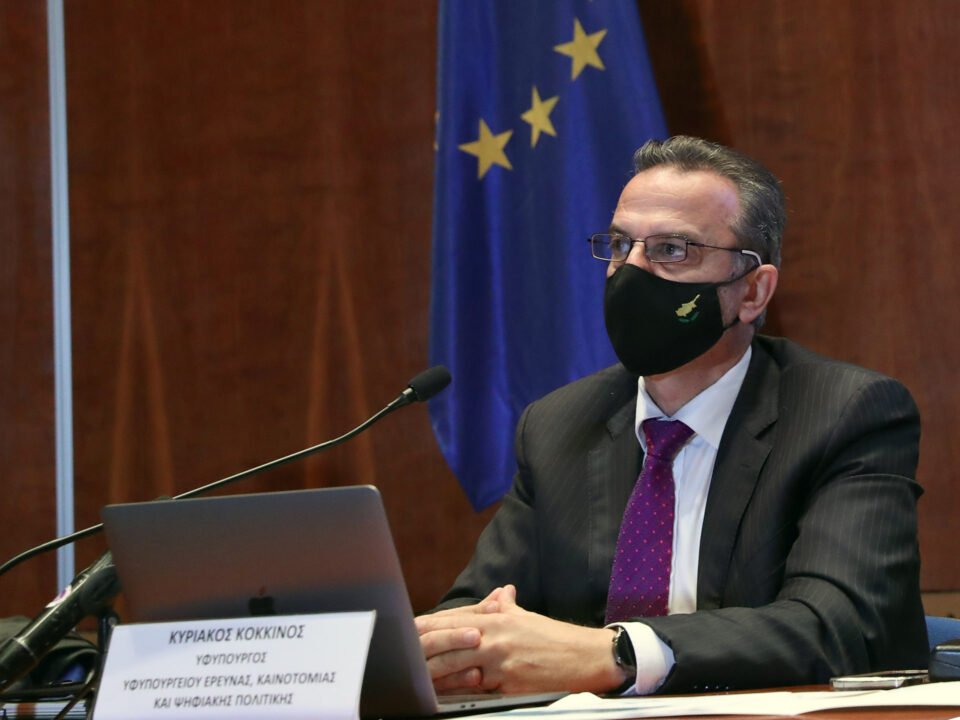 In an interview with Phileleftheros to mark one year of the pandemic and his ministry’s first anniversary, Kokkinos outlined the changes that have happened and those to come as part of the Fourth Industrial Revolution.

“The pandemic acted as an accelerator for the digital transformation,” he said, adding that it had highlighted the importance of the role of technology for Cypriot society “which under other circumstances would have taken much longer to materialise”. He described it as “downpayment on the future”.

Technology has been and will be an important crisis management tool, both in terms of scientific data analysis and at the operational level, such as the platforms for managing various requests, teleworking and more,” he said, adding that data traffic in Cyprus had increased by 95 per cent due to a pandemic.

The short-term goal for the ministry is to continue finding digital means to manage the pandemic such as the SMS permission system and the tracker app that was just launched, plus ways to created payment platforms so people can move more online and access public and private services with one click.

In the medium term with a timeframe of six to 18 months, the ministry plans to streamline online service and continuously add new ones,

The more long-term goals, with a timeframe of three to five years will focus on large-scale government projects, especially in digital health, education, justice, labour and social services, the land registry, and road transport services.

Kokkinos said the plan is to replace the government’s current Ariadne portal with a gov.cy portal, which will be more user friendly.

At the same time, other projects such as electronic identity, strengthening cybersecurity, and moving forward the smart-city development strategy.

“An action plan for ethical and reliable Artificial Intelligence is being developed, as well as a favourable regulatory environment for the application of blockchain technologies by the public and private sectors,” he said.

The advent of 5G and plans to improve the broadband infrastructure would be a big part of making all this possible, the minister said.

“Creating a digital economy and society is the basis for a sustainable, better future for all, and especially for young people,” he said. “It has the potential to strengthen the business and investment environment, lay new foundations for successful business models, the production of innovative goods and services and the development of commercial and economic activity”.

Kokkinos said such a radical change was needed to “rock the boat”. “What I have found so far is not so much a negative reaction to the digital transformation, but more a reflection on the most appropriate way to implement it,’ he added.

“The interventions that must be made certainly cause some concern, a feeling of insecurity for the world, as they are something hitherto unknown but each of us needs to get out of our comfort zone, change the way we have thought and acted until today. This is our biggest challenge: to convince the whole of society, and not just the workers, of the need for digital transformation.”

As for the job losses that will result from the Fourth Industrial Revolution, Kokkinos said it was a natural consequence that the labour market would change and evolve as it has done during other industrial revolutions.

“Today, technological developments such as big data, the Internet of Things, robotics and artificial intelligence are expected to bring about even greater changes in the economy and employment and consequently society. Some professions will be gradually abolished and many more will be ‘born,'” he said.

“The World Bank is estimating that today’s primary school students will be employed in specialisations and professions that do not even exist yet”.

The teen art prodigy taking the world by storm