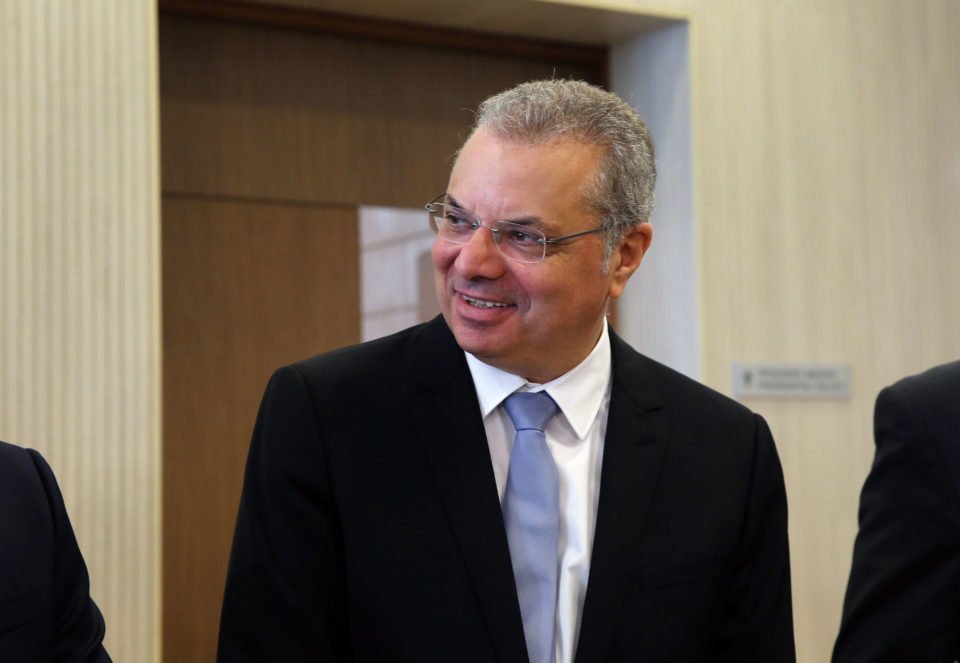 Interior Minister Nicos Nouris said on Tuesday he had launched a series of contacts with parties in a bid to secure the maximum possible consensus so that the local government reforms could be voted on in a referendum the same day as May’s parliamentary elections.

The first meeting was with Edek leader Marinos Sizopoulos.

The round of contacts on local government reforms was launched by Nouris after the call by opposition parties for referendums on whether their municipalities or communities should merge with others.

“It is well known that at the last meeting of the House interior committee, specific amendments were introduced to the bills, with which the government disagreed, especially with regard to the issue of holding local referendums,” Nouris said.

After receiving the attorney-general’s decision, he said, the government, respecting the position of the parties for holding a nationwide referendum, and wanting to reach the maximum possible consensus intends on submitting a similar proposal to the parliament. He added that party leaders have already been informed of this proposal.

“Our proposal is clear. We suggest holding a referendum on the day of the parliamentary elections for reasons of economy, but also for maximising the participation of the people,” Nouris said. “And of course, through this referendum, to receive the position of the ruling people.”

Therefore, he said, with these meetings, “we seek to secure the maximum possible consensus on a reform that we all demand, the people first and foremost, and we want to see it happen.”

Sizopoulos said that though his party was in favour of the local government reform, his party had “serious disagreements” on the proposed electoral system for the election of the municipal councils, but also the way of determining the municipal districts. “We believe that these two elements, not only will not contribute to the upgrading of local government, but in our opinion will create serious problems,” Sizopoulos said.

“We want united municipalities, uniform electoral procedures so that there is the possibility of the widest possible representation of the people in the municipal councils,” he added.

Edek, he said, would continue the constructive discussion with the interior ministry on the matter.

Opposition parties wanted referendums to be held at each community to decide whether they wanted the reform, which entails mergers and the reduction of municipalities from 30 to 17. Parties said the referendums would take place after passage of the reform bills, which essentially meant scuppering the entire effort.

The government disagreed with the notion of having referendums, but eventually agreed that if that would be the case, then there should be only one across the Republic and not many community-based polls.

Percentage of population aged over 65 edges up slightly in 2020