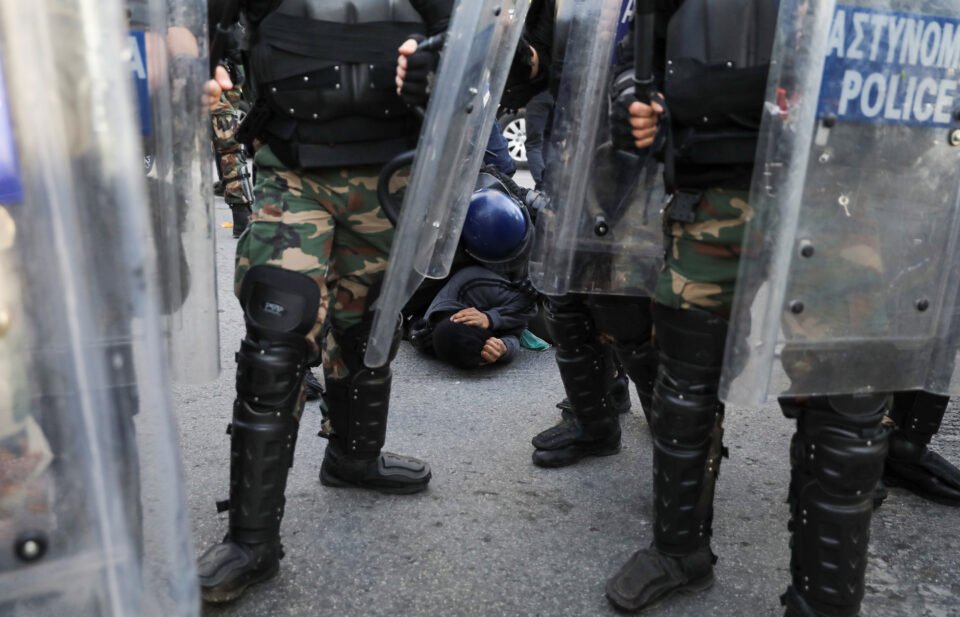 File photo: Police detain a protester during a rally against corruption and COVID-19 restriction measures, in Nicosia (Reuters)

The Employers and Industrialists Federation (Oev) and the Cyprus Chamber of Commerce and Industry (Keve) have called on people in Cyprus to refrain from staging mass protests in the coming days in order not to trigger an increase in Covid-19 cases.

Several protests and gatherings have been organised throughout Cyprus in the last few weeks, most notably the one that took place in Nicosia on February 13, where clashes with between the police and the demonstrators were widely reported.

Another more peaceful protest was held in the capital a week later was allegedly attended by as many as 10,000 people, and a gathering in Limassol on March 14 saw hundreds of people partying in close proximity with no masks.

Another demonstration has been scheduled this weekend. It will involve members of parties and unions marching from the interior ministry to Eleftheria Square in Nicosia on Sunday to mark International Day for the Elimination of Racial Discrimination.

Moreover, secondary school parents warned on Friday they would also take to the streets to protest during the weekend if gymnasium children do not return to school by next week.

The joint statement released by Oev and Keve urged people to refrain from protesting and gathering in one place.

“We are already going through a very difficult time and, no matter how much fatigue and anger we are experience, the risk on an uncontrolled spread of the virus is too big to justify mass gatherings of people,” the statement said.

“It is inconceivable for businesses and employees to strictly adhere to restrictive measures aimed at controlling the pandemic just to see their efforts frustrated by people protesting or demonstrating.

“For this reason, we are urging the organisers of all events to cancel them in order to avoid a mass contagion that will further burden the epidemiological picture of the country.”

Oev and Keve also called on the health ministry to speed up the vaccination process and on people to keep adhere to the measures in place against the coronavirus.

“Neither our health system, nor our economy can resist much longer in this climate. We must all do our very best to return to normality,” the statement concluded.