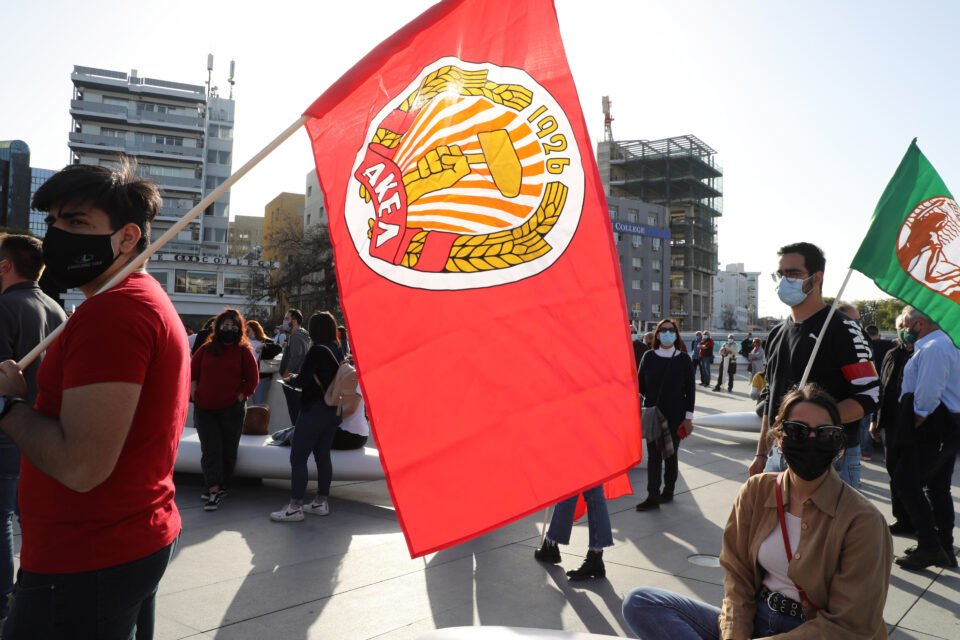 Akel leader Andros Kyprianou on Sunday took the opportunity of the International Day against Racism to accuse the government of not caring about foreigners, just how wealthy they were.

At a demonstration against racism held in Nicosia in the afternoon, Kyprianou said every time the Anastasiades government is asked where the €100 million they received from the EU to house migrants has been spent they answer ‘but do you want Cyprus to fill with foreigners?’

“Unfortunately, the state of the Anastasiades government leads us to a horrible conclusion. Their concern is neither our culture, nor their anxiety about the demographic, nor the so-called purity of race. Because if that were their concern, they wouldn’t have given passports to even the harems of their Saudi friends. If that were their concern, they wouldn’t be selling passports to people from every corner of the earth who never set foot here. So their criterion for people is not whether they are foreigners. It’s if they’re rich. Because if they’re rich, the rulers have proven they have no problem selling them citizenship,” Kyprianou told demonstrators.

“They have failed to manage the refugee problem, quite simply because they have never managed it,” he added.

In a written statement in response director of the president’s press office Victoras Papadopoulos said the government has a “humanitarian response” to asylum seekers and migrants.

“What Andros Kyprianou and Akel, however, overlook is despite the assistance the government generously offers to those in need, our country has exhausted both its economic potential and the possibilities of receiving informal migrants and asylum seekers”.

Papadopoulos said the government faces a serious problem and has to deal with more migrants than anywhere else in Europe, a number that amounts to four per cent of the population.

“Unfortunately, during its governance Akel created all those attractive conditions that have raised and strengthened this phenomenon.

Kyprianou also criticised the government for installing a barbed wire barrier along a part of the green line as an attempt to manage the influx of refugees, “a move that, in addition to not addressing the refugee issue in any way, has political implications.

“We call on the government to get serious, to collect the barbed wire it has set up and to properly manage the issues”.

“Akel forgets that it is not the Republic of Cyprus that enforces the division of Cyprus, but the Turkish occupying troops,” Papadopoulos said.

In its own statement, ruling Disy used the day to stress its “commitment to the values of humanism, social cohesion and the peaceful coexistence of individuals.

“Together, society and state, we join forces to actively and effectively address discrimination to say ‘no’ to racism and intolerance.

“The culture of solidarity, the acceptance of diversity largely determine the quality of our society and racism and racist violence have no place in a democratic and healthy society.”

Migrant support group Kisa said in common with other countries in Europe, Cypriot society is facing the scourge of intolerant nationalism, racism, rhetoric and hate crimes, the responsibility for which it put at the feet of the government, and specifically the interior minister.

It called on the government to assume its responsibilities and take effective measures to create an effective and fair asylum system.