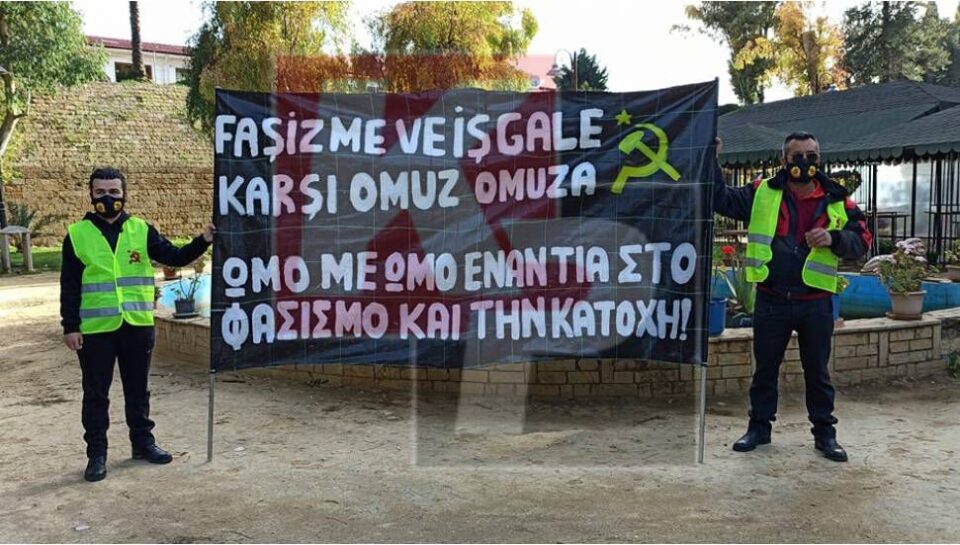 Parties, organisations and unions held a demonstration on Saturday night in north Nicosia against freedom of speech under the slogan ‘We are not Afraid. We will not be Silenced’.

Around 200 demonstrators gathered at a park to march to the Turkish ‘embassy’ but they were cut off by the police.

They were shouting ‘Ankara take your hands from our throats’ while banners carried by those taking part said ‘Cyprus belongs to the Cypriots’, ‘United against Fascism and Occupation’ and ‘Love is Ours, Hate is Yours’.

Representatives of organisations taking part said in a statement that they were opposed to any attack on freedom of speech and that they did not accept the ‘regime’ appointed by Ankara.

They said they would step up their campaign for a solution to the Cyprus problem and peace.