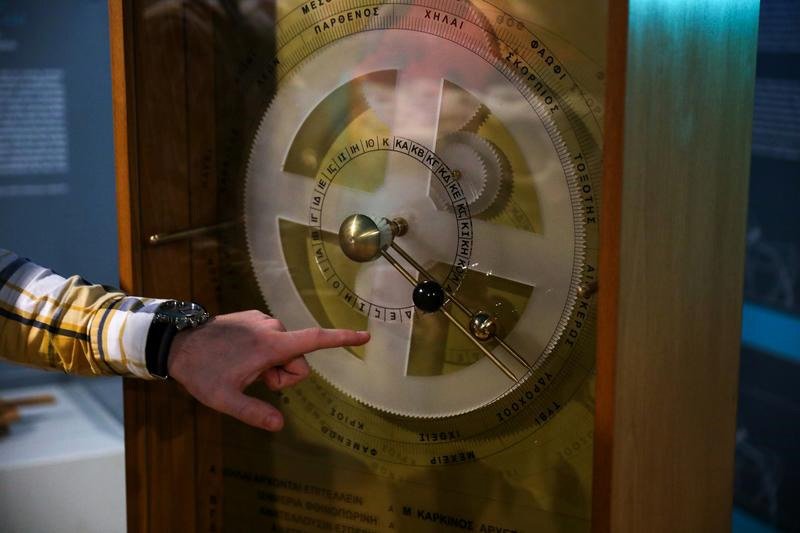 Researchers from the Cyprus Institute and University College London have released a new paper which contains a crucial revelation on the purpose of the legendary Antikythera mechanism.

The paper explains that there are many missing components to the Antikythera Mechanism and that can indeed hint at a great number of options for the creation of any particular mode and thus leads to a certain degree of ambiguity as to how the original device may have operated. However, the team is reassured in the accuracy of their assertions and findings by the fact that a very small set of these options can actually be implemented. In other words, the device’s mechanical restrictions and limitations narrow the field for solutions in its reconstruction.

The Antikythera mechanism is regarded by many as the first analogue computer in history and was used by ancient Greeks as a manually-powered orrery, allowing them to map out the solar system and make certain calculations and predictions, including astronomical positions and eclipses. The device is made out of bronze and contains a complicated meshing of at least 30 gears (this is the number that has survived through time) and could even be used to find the dates of future Olympic games.

Named after the Greek island of Antikythera due to it being retrieved near its coast, the Antikythera mechanism has yet to be accurately dated, with scientists placing it at various dates from 60BC to 205BC. It remained lost for roughly 2,000 years until a crew of Greek sponge divers stumbled on the wreckage in 1900. The mechanism was finally plucked out of the depths of the Mediterranean a year later.

The paper was published in Scientific Reports, a platform allowing for the online peer-reviewing process of scientific papers, and showcases how the Greeks viewed and arranged their known universe, or cosmos as they called it. This was revealed through the studying of an intricate system of gears found on the mechanism’s front side.

“Ours is the first model that conforms to all the physical evidence and matches the descriptions in the scientific inscriptions engraved on the mechanism itself,” lead author Professor Tony Freeth from University College London said.

“The Sun, Moon and planets are displayed in an impressive tour de force of ancient Greek brilliance,” Freeth added.

Despite the fact that a great deal of resources have been poured into research aiming to decipher the mechanism’s secrets, there was still one major puzzle. Though three-dimensional X-rays had allowed scientists to understand how eclipses and the lunar cycle were being tracked and predicted, the mechanism’s front contained a gearing system that still posed questions.

The aforementioned X-ray data derived in 2005 was utilised to find a great deal of hidden text characters inside the surviving pieces of the device. This included an engraving of the universe as the Greeks knew it to be. 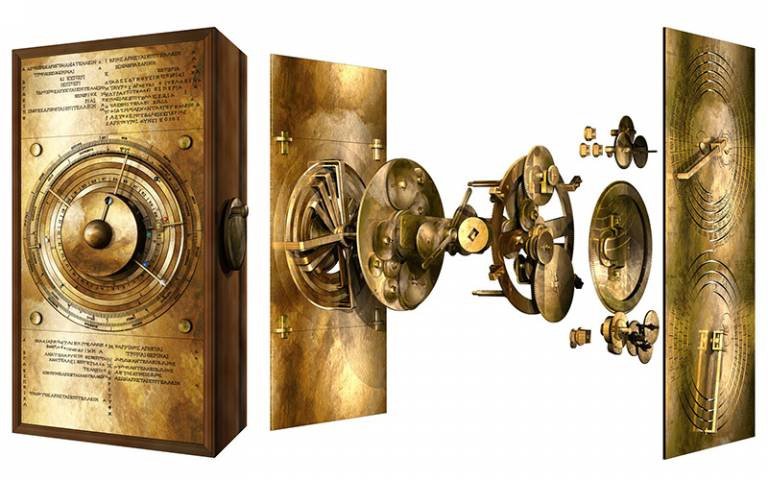 In an older piece of research, Alexander Jones, a professor of the history of ancient science at New York University, explained how the finding of this text was a key moment in better understanding the mechanism.

“Now we have texts that you can actually read as ancient Greek, what we had before was like something on the radio with a lot of static. It’s a lot of detail for us because it comes from a period from which we know very little about Greek astronomy and essentially nothing about the technology, except what we gather from here,” he said. “So these very small texts are a very big thing for us,” Jones said.

The characters that the X-rays brought to light formed the basis for the latest research paper, including a reconstitution of that map-like display. Two of the numbers inscribed on the front of the mechanism accurately showed the cycles of two planets, Venus and Saturn. The prediction of the movement of these two planets is far from simple, as their movement can sometimes go in the opposite direction as seen against the stars and it requires observation of long periods of time to keep any predictions accurate.

“The classic astronomy of the first millennium BC originated in Babylon, but nothing in this astronomy suggested how the ancient Greeks found the highly accurate 462-year cycle for Venus and 442-year cycle for Saturn,” said PhD candidate and UCL Antikythera Research Team member Aris Dacanalis.

What is most astonishing about the most recent revelation is that despite all of the advancements in imaging technology the solution came from antiquity. The research team used a mathematical method first explained by the ancient philosopher Parmenides.

“After considerable struggle, we managed to match the evidence in Fragments A and D to a mechanism for Venus, which exactly models its 462-year planetary period relation, with the 63-tooth gear playing a crucial role,” said PhD candidate and team member David Higgon.

Although the team has successfully managed to reconstruct the missing parts of the mechanism to be able to work out the planetary and astronomical movements there is a conceit that this was accomplished using modern methods and that the feat now needs to be replicated in a manner which could have been executed by the ancient peoples who created the mechanism in the first place.

“The team then created innovative mechanisms for all of the planets that would calculate the new advanced astronomical cycles and minimise the number of gears in the whole system, so that they would fit into the tight spaces available,” Professor Reeth explained.

“This is a key theoretical advance on how the Cosmos was constructed in the Mechanism,” added co-author Dr Adam Wojcik (UCL Mechanical Engineering). “Now we must prove its feasibility by making it with ancient techniques. A particular challenge will be the system of nested tubes that carried the astronomical outputs,” Reeth added.

The distress-free way to brush a long-haired dog

The benefit of immigrant populations