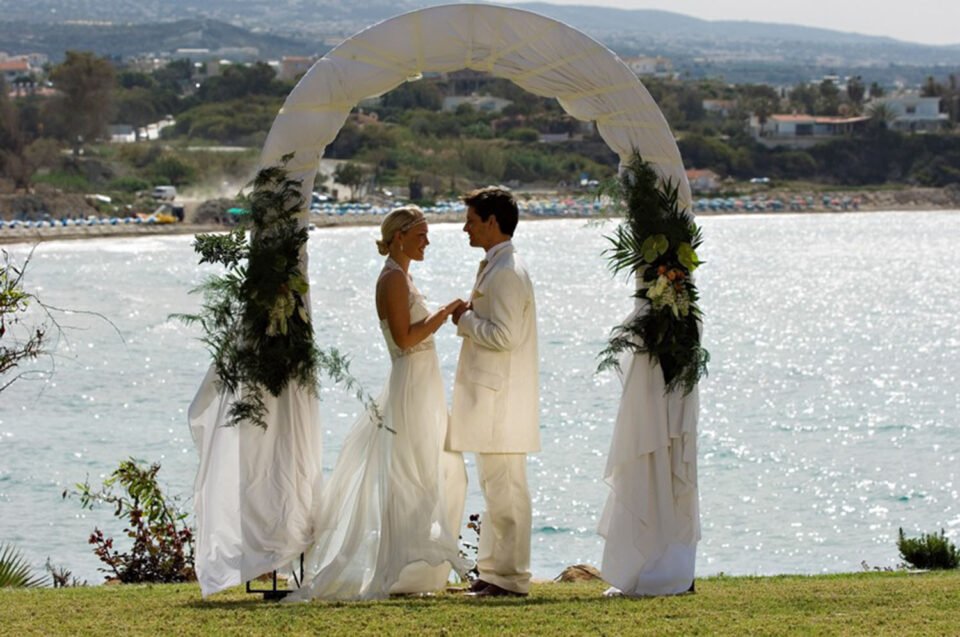 The wedding industry in Paphos is hanging in the balance this year, with professionals hoping that regular flights from the UK, the biggest market, will get underway in the coming weeks though latest news from Britain indicates leisure travel is still far from certain.

The aim is that the sector will start to recover this year despite a number of bookings already being transferred to next year, as the pandemic continues to cause so much uncertainty.

A further blow was dealt to the industry on Tuesday, after it emerged that travellers from England could face a £5,000 fine for trying to travel abroad without good reason. It is due to come into force next week as part of new coronavirus laws.

Holidays abroad are currently banned under the ‘stay at home’ rule which ends on Monday.

“Some of the UK bookings are moving them forwards to next year and we do have some cancellations, but we are expecting a lot more weddings this year than last. We don’t know numbers yet but most are from overseas,” a wedding officer at Paphos municipality told the Cyprus Mail.

The wedding industry is big business in Cyprus and an important source of income for municipalities. This is apparent particularity in Paphos which is the top choice among couples from overseas that want to hold a civil ceremony in Cyprus.

With most couples from the UK, Paphos is expecting the sector to pick up from June.
Only around 150 civil weddings took place in Peyia in 2020, a huge drop from the usual number of around 750, wedding officer Maria Yiangou told the Cyprus Mail.

“We have weddings booked for this year, around 500 to 550, but who knows how many will materialise. Most are from the UK, around 95 per cent,” she added.

“If the UK flights start soon then we will have lots of weddings and it could be a good year, if not we will have a big problem, it will be a disaster,” she said.

A few bookings remain for May, whilst most have been transferred to later in the year, or for 2022 or 2023.
“I have been a wedding officer for 25 years and this is the worst situation, no-one could imagine we would have a pandemic,” Yiangou said.

Civil weddings can take place in a variety of locations, including hotels and beaches, she noted.

Meanwhile, the Pancyprian Association of Professional Event, a member group of the Federation of Employers and Industrialists said it was appealing to the president to intervene so that the ministry of health could immediately set a start date for weddings and other social events.

While it was previous agreed to set a roadmap with an eye on May 1, the ministry has not announced anything, the group said.

“Organising a wedding event requires at least three months of preparation, with the result that the companies in the industry, but also thousands of couples and families are in despair,” the group said.

“It goes without saying that if there is an additional delay in announcing the start date of the wedding events, the whole year will be lost and the responsibility will fall exclusively on the ministry of health.”

The state does not seem to be listening to the seriousness of the issue, it added.