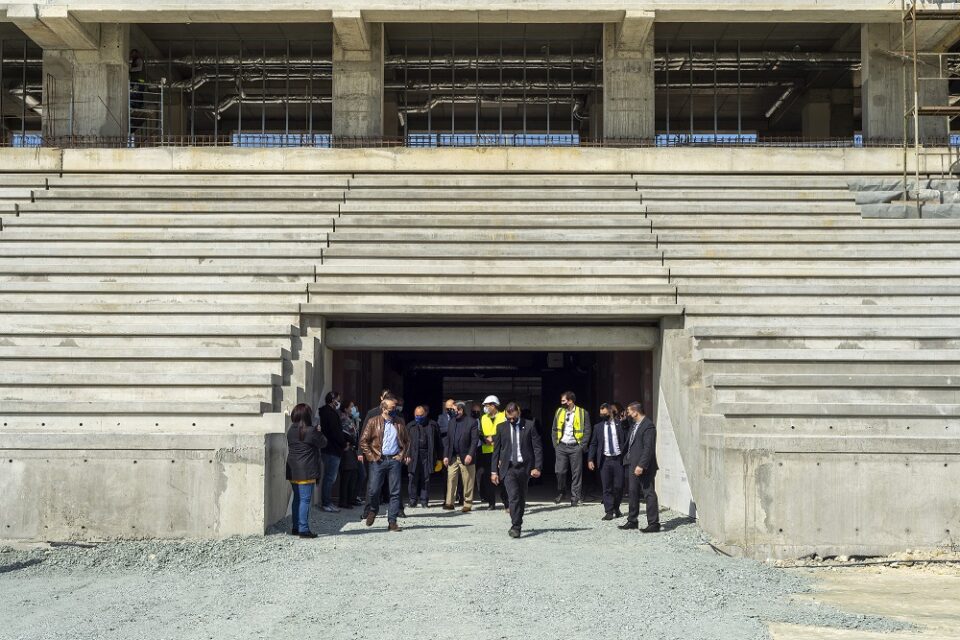 President Nicos Anastasiades, during his visit to various major construction projects in Limassol on Saturday,  said he hoped that the government would soon be able to announce new incentives aimed at attracting investors.

The president visited the construction sites of the Limassol Arena in Kolossi, which is the city’s new football stadium, the residences built by the land development corporation in Pano Polemidia, for low-income families and the City of Dreams casino-resort in Zakaki.

“Limassol is changing, as do other important cities: Nicosia, the free Famagusta area, Larnaca and Paphos,” the president said.

He said these were some of the many projects planned for Limassol, with a total cost, “not only for the city, of course, of €623m”.

Of the planned projects, 136 have been completed, 30 are under construction and another 32 are in the process of implementation.

“Decades-old problems are being dealt with, solved and are on the path of implementation,” he said.

During his visit to the Limassol Arena site, the president said he was “very proud” because Limassol had lacked a stadium of international standards.

“This is a ‘jewel’ project, which at a cost of more than €32 m, with a capacity of 11,000 spectators, will host the three teams of Limassol that for many years deserved the construction of a stadium,” Anastasiades said.

He said the project is expected to be completed in June next year and start hosting first division football matches for the 2022-2023 championship. The stadium, he said, will also be able to host other teams participating in European or international competitions.

He then visited the land development corporation’s (Koag) site where affordable housing is under construction for low-income families. Anastasiades said the project proved “the sensitivity that the state shows in implementing social policy”.

He added that this was just a small part of Koag’s wider planning, especially in Limassol, for the construction of 600 housing units, in addition to the ones in Pano Polemidia, the areas of Ayios Ioannis and Ayios Nicolaos, on municipal land.

A similar project has been planned for Nicosia where 190 housing units will be built in Kaimakli, and 32 in Larnaca. The delivery of these units is expected to start in six years.

“A massive project that will concern low-income vulnerable groups, students, so that they can tackle the housing problem with affordable rents,” he said.

Anastasiades stressed the importance of pushing ahead with development projects during the pandemic, which, he said, boosts the economy.

“I believe that with the simultaneous management, through the vaccination programme, of the pandemic, our economy will restart and we will reach the growth rates before 2020, that is, the progress that was recorded until 2019,” he said.

During his visit at the construction site of the casino-resort in Zakaki, Anastasiades said this was a result of the government’s policy in attracting investments.

He said the casino-resort was an investment that will exceed €550m while it now employs 850 people. After completion, more than 2,400 people will be working there, he said, excluding related activities such as suppliers, services by technicians or others.

He added that the casino will be “a permanent attractive tourist destination” that will attract, in addition to those who currently visit Cyprus, on estimate, around 300,000 visitors per year.

“This means that we are changing the data regarding tourism and the tourist destination of many Europeans,” he added.

According to the president, the resort is expected to be up and running by the end of June, beginning of July 2022.

Asked by a journalist if there are any thoughts on alternative approaches to attracting investment, after the abolition of the citizenship by investment programme, Anastasiades said the government started consultations while studies are being made at the finance ministry. “I hope soon to be able to announce incentives aimed at attracting investors.”

Why an undersea space station is long overdue