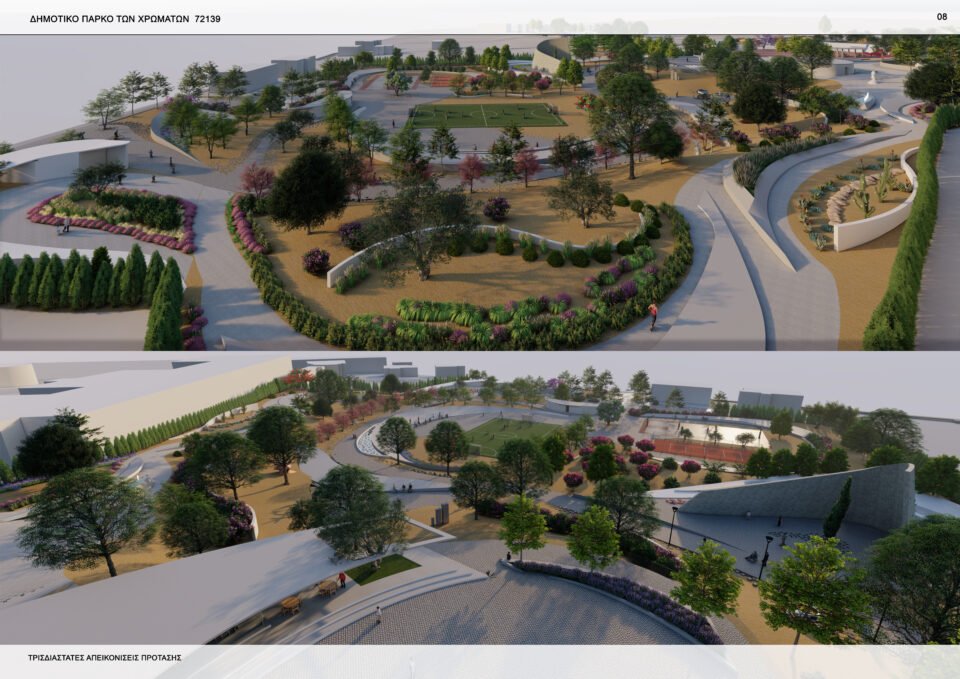 Artist's impression of the new park

Paphos will get one of the largest parks in Cyprus and work will be complete in nine month’s time, according to the local municipality.

The contract relates to the construction of the project “Creation of the Municipal Park of Colours”, with a total cost € 3,715,180 and duration of work nine months.

The “Park of Colours” covers an area of 32,000 sq.m. and will be the “richest” in Cyprus both in terms of greenery and infrastructure, it noted.

It will include squares, gathering places, playground, a cafeteria, tennis and basketball courts, a small soccer field, locker rooms, a skateboard area, and a climbing wall of 3-6m.

There will also be a management office and information space, an outdoor area garden, toilets, 83 parking spaces for the public, with provision for the disabled, service areas, main entrance and entrance gates. In addition, hundreds of new trees will be planted.

‘Our goal is to tell a positive story, where refugees are the heroes’