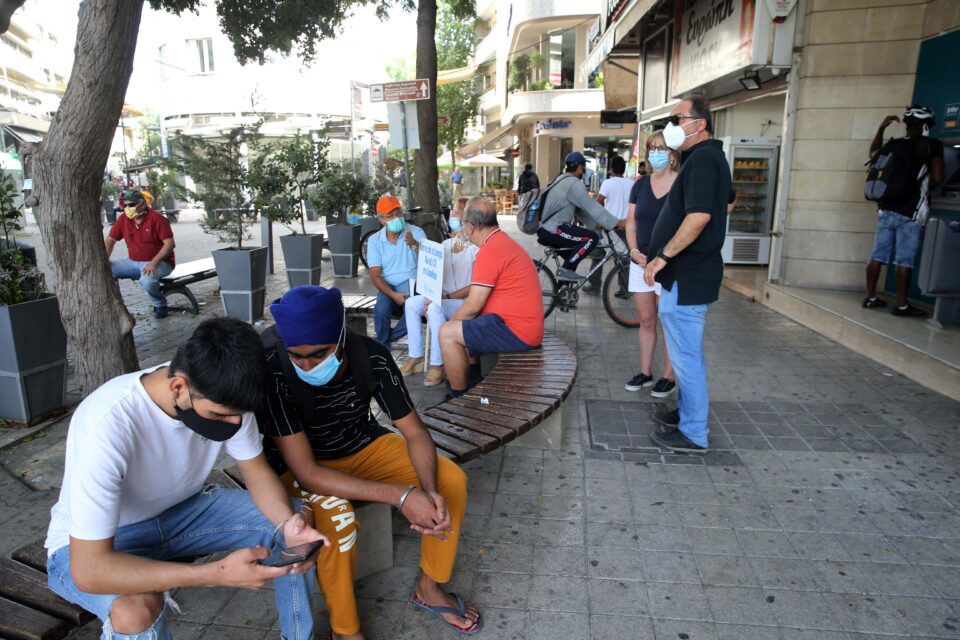 On the ‘anniversary’ of the first Covid lockdown, and with the virus still in its pandemic phase, two local scientists insist the cure has been worse than the disease, dissecting the measures over time and calling them incoherent, nonsensical and often contradictory.

“It is quite strange and unbelievable that we continue to experience the same population-wide panic and fear related to the epidemic, still spread feverishly by the mass media. While it was somehow justified for such frightening and overstated messages to be used in the first couple of months of this new epidemic last year, the ongoing bombardment of the population with such messaging today is completely unacceptable,” Elpidoforos Soteriades, associate professor of epidemiology and public health at the Open University of Cyprus, told the Cyprus Mail.

The major epidemiological data argues against any extreme control measures like those still in place, he said. Soteriades has reviewed the official fatality statistics for Cyprus and says that the 2020 all-cause fatalities were similar to the numbers seen in previous years. “In addition, fatalities in the first six weeks of 2021 are similar or even lower than those of the first six weeks of 2020 or 2019. Therefore, we can now confidently say there is no excess mortality in the population due to Covid-19 in Cyprus.”

Likewise, the number of cases detected in the population which Soteriades argues represent a somewhat ‘natural’ or ‘expected’ seasonal epidemic curve for winter. “One could argue the extreme measures instituted during the Christmas period had no measurable effect on the epidemic curve. Certainly there was no measurable flattening of the curve.”

And, Soteriades stresses, the scary messages spread through the media regarding the transmission of new and emerging mutated strains of the coronavirus, so far do not translate into increased number of cases or fatalities in the population.

“Taken into serious epidemiological consideration, all the above information points to the fact the current extreme control measures implemented for the general population in Cyprus are unjustified.”

What’s more, the epidemiologist has noticed that the scientific advisory team have been moving the goalposts across time.

“A general observation widely discussed among many colleagues leads to the conclusion that the scientific advisory committee is using a so-called ‘moving target’ at each stage of the epidemic.”

This tactic has led to recommending and implementing numerous contradictory measures, which he describes as an unscientific approach, contributing to widespread confusion among the population, in turn generating uncertainty and lack of trust and leading to the phenomenon of non-compliance.

“Moreover, constantly blaming the people for the ‘failure’ of various measures – destined to fail due to their very nature – has created a fatal gap in the necessary collaboration between government officials and society in facing this health challenge,” he says.

A vivid example of this ‘moving target’ tactic relates to the threshold for implementing additional controls last summer. Pointing to the mandatory use of masks outdoors, he says this was completely unjustified by all scientific criteria. It was based on the fact that the number of cases detected in the population was slightly higher than 0.5 per cent. Outdoor masks, it was argued, were necessary to prevent further societal transmission of the virus even though the positivity rate was thought to be very low at the time.

Soteriades says these days the positivity rate remains in the vicinity of 0.5 per cent, approximately the same as last summer. “But it is presented by the government and mass media as a major setback, and being used as an excuse for even stricter and more extreme measures like shuttering schools and mandatory testing – leading to people losing their jobs for not complying,” says Soteriades.

“It is disturbing to recall that last November the positivity rate was 10 times higher (5 per cent), however all schools were open, cafeterias, restaurants and bars all open, and society was much more functional compared to now – a period expected to show much lower epidemic activity as we enter spring and approaching summer.”

Further, the current government approach on defining confirmed cases goes against the proposed World Health Organisation (WHO) criteria. In using this old definition, the government reports far higher numbers of cases on a daily basis, something that puts Cyprus unnecessarily in the red zone – and probably creating many problems for the opening of the tourist period during the coming summer.

Soteriades urges the government to adopt the new WHO definition for confirmed Sars-CoV-2 cases and “to use population testing on a rational and voluntary basis, targeting specific and representative segments of the population”.

In addition, he states that we urgently need to use updated therapeutic protocols for home-based care, including monoclonal antibodies, as well as provide the public with solid information and training in order to introduce collaborative approaches by honouring the very basic principles and values of public health.

“Such as an approach will facilitate the opening of society by reducing control measures to those absolutely necessary to protect the elderly and those at high risk. Based on the available scientific information, unfortunately current vaccines are not expected to serve as the magic bullet that will destroy the coronavirus.”

One year after Sars-CoV-2 hit the West, the brainstorming over the correctness of the response is starting to come in thick and fast.

An opinion piece featured in the New York Post on March 22 said excess mortality in the United States rose among older Americans because of Covid-19, “but it rose at an even sharper rate among people aged 15 to 54, and most of those excess deaths weren’t attributed to the virus. The lockdowns may also have saved some lives, but there’s still no good evidence,” the NYP observed.

Indeed a fair amount of scientific literature out there demonstrates that the lockdown model doesn’t deliver.

The website InProportion2 features links to some 30 published studies and papers finding that lockdowns had little or no efficacy. See here: https://inproportion2.talkigy.com/do_lockdowns_work_2021-01-15.html.

A recent study by a team of researchers affiliated with Stanford University, and published in the European Journal of Clinical Investigation, stated: “In summary, we fail to find strong evidence supporting a role for more restrictive NPIs (non-pharmaceutical interventions) in the control of Covid in early 2020.

“We do not question the role of all public health interventions…but we fail to find an additional benefit of stay-at-home orders and business closures. The data cannot fully exclude the possibility of some benefits. However, even if they exist, these benefits may not match the numerous harms of these aggressive measures.”

Asked to comment on the one year since lockdown became part of our lives, forensic pathologist Marios Matsakis minced no words in dubbing the government policy “a total failure”.

He said the government’s response has wrecked the economy and disrupted people’s lives, all for essentially staying stuck at square one.

“Then you get these crazy back-and-forth policies – close the schools one day, open them back up the next. Or keep elementary schools shut, but open up the cafes. Sheer buffoonery.”

And the handling of the logistics also leaves a lot to be desired: “They set up a referral hospital for Covid, but it has no ICU unit. So what for?” he asks.

“And now, a year later, they still haven’t got their act together to deal with admissions, or having enough beds. Instead, every day we hear them say on the news that the healthcare system verges on collapse. Really? For 200 patients it’s going to collapse?”

Matsakis reiterated what he has advocated all along – targeted, sensible measures aimed at shielding nursing homes and the vulnerable.

On why not more scientists in Cyprus speak out like he is, Matsakis puts it down to fear.

“I’d hazard to guess they’re wary. I know for a fact there’s others who are skeptical of the whole approach. But what else do you expect, when most are in the government’s employ?”