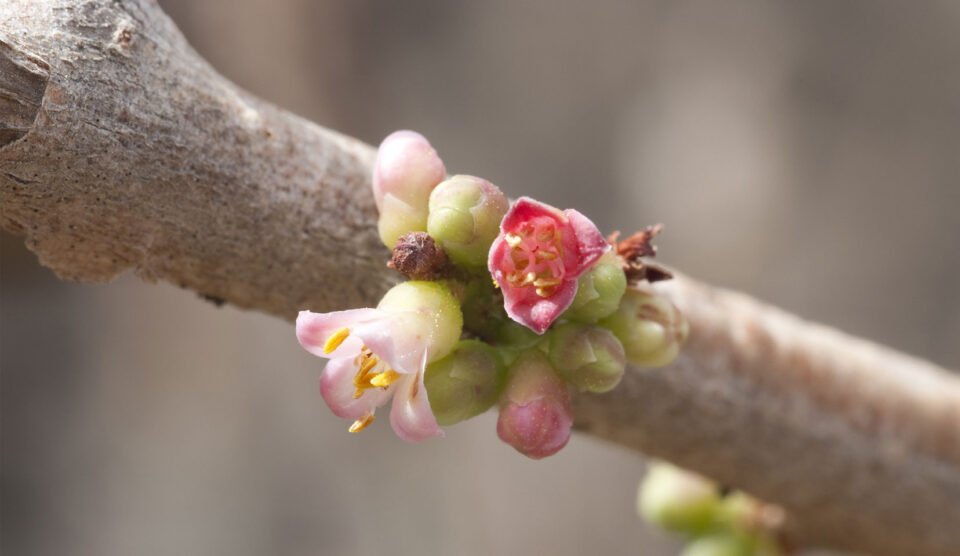 Habitat: A member of the Burseraceae family, which grows as a spiny tree to about 5m with yellow flowers and produces small cylindrical fruits. A native to North Africa, it can now be found in Asia, Arabia growing in thickets in well-drained soil. The myrrh is extracted from the bark of the tree through its fissures or by scoring, and then left to dry into small yellow and red resinous pieces.

This was one of the most highly valued products of the ancient world, it featured in sacred rituals as an incense of purification, formed part of the embalming process of the Egyptians, was praised by the Jewish kings David and Solomon, and was used by Moses in ceremonial rites. It was one of the gifts bestowed on the infant Jesus by the three wise men.

“From the days of Moses, to the time of Christ and since then to the twentieth century, Myrrh has proven over again to be one of the most efficient anti-bacterial and anti-viral agents placed on earth,” says the Science of Herbal Medicine.

Originally myrrh was taken for infections of the mouth, throat and gums. It is still used for these ailments in India and the Middles East. Ayurvedic practioners give the resin as a tonic and an aphrodisiac, also as a blood purifier and a stimulant to the intellect.

Recent research suggests the resin has anti-inflammatory, anti-ulcer, antioxidant and thyroid stimulating activity, and further studies indicate that it may prove to be an anti-tumour treatment. It is currently being investigated as a bacteriostatic against MRSA.

Myrrh is also used on suppurating wounds that refuse to heal and for fungal infections; candida responds well to myrrh.

American and European herbalists recommend the resin for reducing cholesterol and triglycerides in coronary heart disease.

Myrrh is not water-soluble and is normally taken as a powder or tincture or applied topically. The resin is drying and mildly anaesthetic and is used in Germany to treat pressure sores caused by artificial limbs.

If you can obtain the seed there should be no problem in raising the plant in Cyprus, it flourishes in full sunlight, but make sure you have well-drained soil.