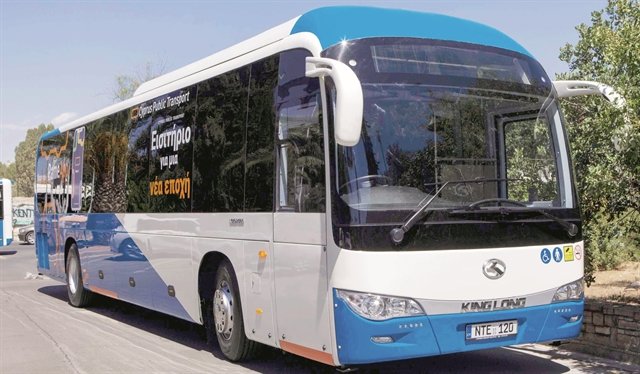 According to the ministry, public transport – buses, shuttle buses and private buses – can carry 100 per cent of capacity, up from 50 per cent under previous regulations.

Buses that carry pupils to and from school, both public and private are also allowed to operate to this capacity.

The same goes for taxis and buses which are licensed to transport large families.

‘We express our opposition and propose additional measures which seem to be imperative in the current circumstances,” labour unions Peo and Sek responded, demanding a review of the measures which mean “up to 90 passengers will be in an area of 20 to 24 square metres without adequate ventilation.”

“How does this compare to theatres that allow a maximum of 50 spectators in much larger spaces, while a performance lasts about as long as the time of some [bus] routes?”

The new rules say in buses where there is no cubicle for the driver, the seats behind the driver and the first seat on the left should remain empty.

All measures should be taken to avoid crowding while getting on and off the bus and hand sanitiser should be available at the entrance of each vehicle.

Buses must be cleaned and disinfected frequently, especially before and after the start of service and also during the day. This should be done at least every four itineraries and where possible at the end of each route.

At every stop and at the end of each itinerary and every break the doors and windows must remain open.

Air conditioning with recycled air should not be used on buses and windows should be open.

Masks are mandatory by drivers and passengers on buses, taxis, tourist coaches and airport coaches in all districts.

For the unions, however, this is not enough. They say in order to protect inspectors, they should only check buses at stations so they are not exposed to the large number of passengers on the buses, and that the sale of tickets should also be suspended for some time.

In its announcement, the transport ministry also specified other rules which still apply.

Members of the same family can travel in private vehicles without wearing masks.

Up to three persons from different households, including the driver, are permitted to travel in a private vehicle but protective masks are mandatory.

Four people, including the driver, are allowed to travel for work purposes, for example to construction sites, in a private vehicle with a capacity to carry more than five people. They are also required to wear masks.

Similarly, three are allowed in a private vehicle with a capacity of up to five persons.