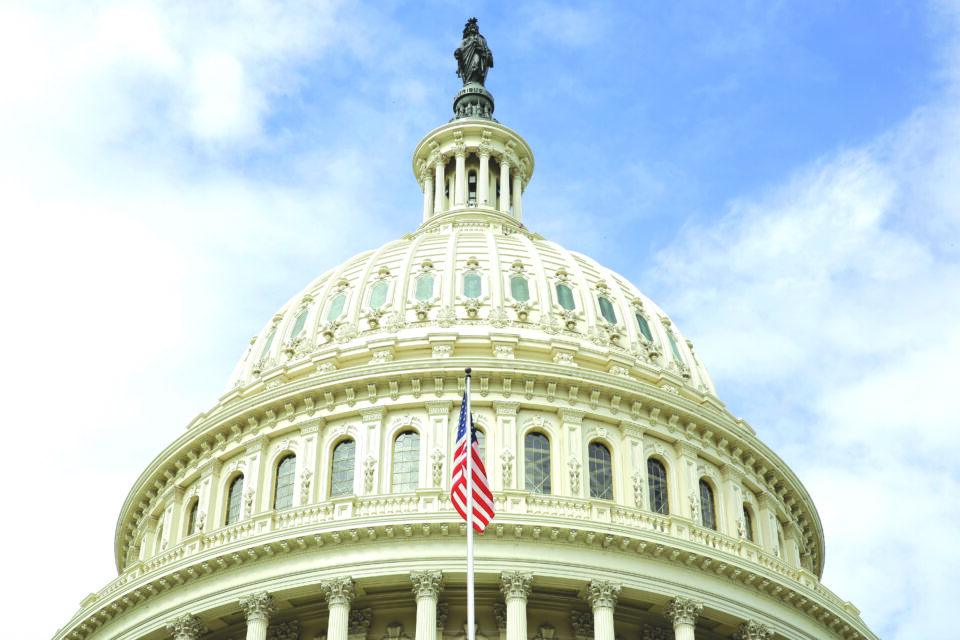 The US flag flies in front of the Capitol Dome

A motorist rammed a vehicle into U.S. Capitol Police officers on Friday, killing one and injuring another and forcing the Capitol and congressional office buildings onto high alert, Capitol Police said.

The suspect drove a vehicle into the officers, got out of the car and lunged at them, with a knife in his hand, Yogananda Pittman, acting chief of the United States Capitol Police, told a news conference.

Police responded by firing on the suspect, who died. Pittman said one of the officers was killed and the other was injured.

“It does not appear to be terrorism-related but obviously we’ll continue to investigate,” said Robert Contee, acting chief of the Metropolitan Police Department of Washington.

Dozens of police cars, marked and unmarked, raced toward the iconic domed white building, in an unwelcome reminder of Jan. 6, when thousands of supporters of then-President Donald Trump overran the complex.

All roads leading to the complex were blocked by police or police officers.

A helicopter was seen hovering overhead and observers were ordered to leave the area. Videos from the scene showed what appeared to be two people on stretchers being loaded into ambulances.

Journalists were told to stay away from windows.

Dozens of National Guard troops, who have been stationed at the Capitol since the January attack, quickly deployed after the incident. In riot gear, they jogged in columns to deploy at the scene and around the complex.

Authorities have begun only in the past couple of weeks to remove the outer ring of high, razor-wire-topped fencing erected around the sprawling Capitol complex after the Jan. 6 rampage.

That assault took place while the House of Representatives and Senate, with the Senate presided over by then-Vice President Mike Pence, was certifying Democratic President Joe Biden’s November election victory over the Republican Trump.

At the time Trump’s supporters shouted slogans including “Stop the Steal” and “Hang Mike Pence” as they attacked the Capitol and said they hoped to stop the election certification.

Members of Congress were not in Washington on Friday, with both the Senate and House of Representatives in recess for the Easter holiday.

Biden also was out of the city. He arrived at the Camp David presidential retreat in Maryland early on Friday afternoon.