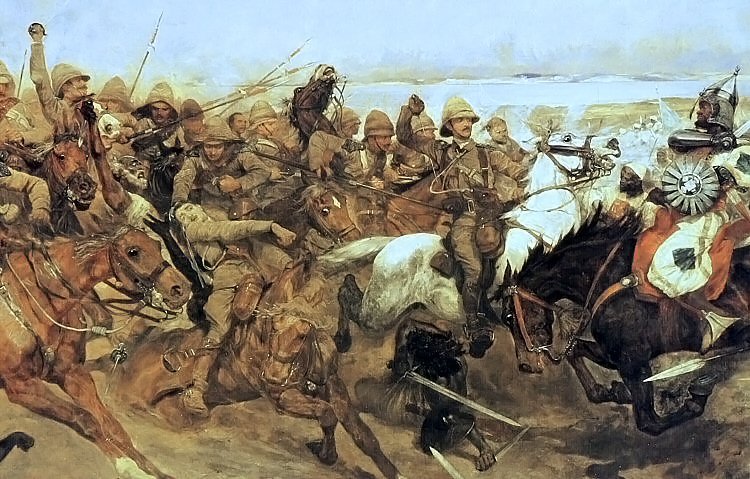 The Mahdi uprising in Khartoum

From Egypt to South Africa, the Greeks came in their thousands, and then they left

Today there remain only few Greeks in Africa, mainly in the metropolises of South Africa. These last remnants only hint at a rich past that tied generations of Greeks to the vast African continent. There are some who still remember this prosperous past.

Minis Papapetrou, a retired engineer who grew up in Sudan and now resides in Athens, describes how he and around 200 members of the ‘Greek Community of Sudan’ still meet periodically in the Greek capital. Before Covid disrupted life, they regularly gathered for Christmas and Easter, even though most, including Papapetrou himself, left Africa almost 50 years ago. So powerful is the memory of the place that bonds them.

Papapetrou represents the last in a line of three generations of Greeks whose fortunes ebbed and flowed with those of the continent.

Greeks began arriving in numbers in Africa in the late 19th century. They mainly settled in Egypt and later travelled to Sudan before expanding to far-off places like East and South Africa. They soon found their feet turning to lucrative agri-businesses such as cotton and tobacco as well as banking and trading. At the turn of the 20th century, almost two-thirds of all cotton production from Egypt that fed the textiles factories of Manchester and northern England was produced by Greek settlers.

Greeks were by far the most adventurous foreign community too, venturing far and wide. All this was achieved often in spite of harsh and sometimes deadly conditions.

They suffered many setbacks, some having fought and died with Major-General Charles Gordon in Khartoum during the Mahdi Uprising in 1885. According to Antonis Chaldeos, an expert on Greek migration in Africa and author of eight books on the subject including The Greek Community of Sudan, Gordon compared the Greeks’ defence of Khartoum to that of the Spartans at Thermopylae. Those Greeks that survived the siege were forced to convert to Islam and marry the Catholic nuns who were captured.

Nevertheless Greeks continued to thrive all over Africa numbering over 50,000 in Egypt by the 1940s and 60,000 in Sudan by the mid-1950s. From there though their numbers quickly collapsed. So much so, that today they number no more than a few thousand In Egypt and merely hundreds in Sudan.

A simple answer was the wave of nationalisations that swept North Africa following the surge in independence movements. The most significant was that by President Gamal Abdel Nasser of Egypt starting in 1961. Having their livelihoods and businesses taken away almost overnight devastated the Greek community and they departed en masse in the years that followed. Almost 40,000 left Egypt between 1961 and 1967 never to return.

Many migrated to South Africa, but by then a sense of alienation began to set in and the deep ties that had been forged on the frontiers of the Nile and Sahara in the late 19th century and early 20th century were broken.

A sense of constant fear for the future set in among the remaining Greeks on the continent. So much so that the collective trauma at the start of South Africa’s Soweto student uprising in 1976 started a mass exodus that continued following the end of apartheid in 1990. The population of the last great centre of Greeks in Africa collapsed from a high of over 100,000 in the mid-1970s to just 35,000 today.

As Chaldeos notes, “the main reason for the exodus was fear for the future. Those people who had experienced similar phenomenon in Egypt and Sudan left because they thought that the next part was nationalisation policy.”

Many though challenge the widely accepted narrative in academic circles of why the Greeks left. Eftychia Mylona, PhD Candidate in Middle Eastern Studies at Leiden University, believes that while nationalisations were kind of the straw that broke the camel’s back, the writing was on the wall decades before.

“It was a process of events – people were talking about departures for some years.” She says, “this kind of Egypt for Egyptians was not a new slogan that came in the 50s or 60s by Nasser.”

Rather than just being alienated by the African independence movements through changes in citizenship laws and nationalisations, Greek communities themselves had started detaching themselves from their host countries.

The failure to adapt to new realities of national independence are striking given the Greeks’ unique position in both Egyptian and Sudanese society, straddling the social and economic vacuum between the British colonial power and the local population. But seen as a symptom of their success, it becomes more apparent. At first, they were treated as second-class citizens by the British, then came to be accepted as they became affluent. And as they did, their attitudes became firmly aligned with those of the colonist’s, regarding themselves of the same class and enjoying the same privileges.

This led to a defensive, siege mentality and ultimately to a failure to adapt to independence. As Professor Matoula Tomara-Sideris of Panteion University and a leading author and expert on Greek migration in Africa explains, “They saw the threat approaching, but they blocked out their ability to mentally and emotionally process the threat in a way that would have allowed them to form a sustainable collective attitude and response to the liberation movements.”

Today, the last remaining Greeks in South Africa continue to leave en masse. For Greeks of a younger generation, fear for their futures remains key. Yesterday’s fears of nationalisation though have been replaced with fears of finding employment and of crime. Since the mid-20th century, the pull of other centres such as Australia, Canada, the US and even Greece itself is too attractive to resist as the economic fortunes of Africa wane.

The Greeks in Africa look certain to dwindle to almost none. More than anything, the spell that bound them to the continent seems broken.

For the dying golden generation of settlers though, Africa will forever be their home, wherever they go. Evangelos Bourboulis, an industrialist who was the last of three generations on the continent, left for Athens only when his cotton-seed oil factory was confiscated in the mid-70s by the nationalisation policies of President Mengistu of Ethiopia, bears no grudge.

“There is not one person who was born in Africa that doesn’t want to return. That person doesn’t exist. Because its people are very good. Eritreans were my best friends. One by one, they are all dead now. I am the only survivor.”

The likes of Evangelos Bourboulis and Minis Papapetrou will close an illustrious chapter in Greek history, much-forgotten today but just as brave and tragic as the ancients of old.

For their own sake, Myanmar protesters must stick to non-violence

Accepting a mandatory lockdown but not a vaccine makes no sense