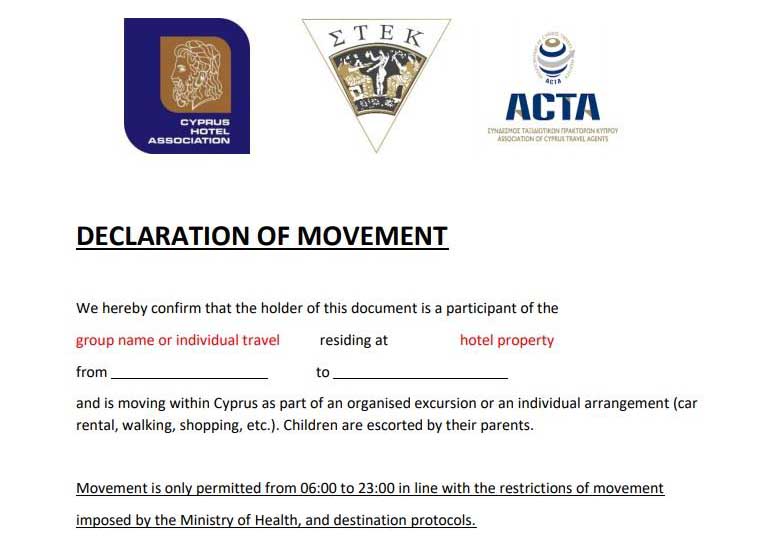 Tourists will be able to move around without sending an SMS, just with a special form, but they are not exempt from the measures that apply for everyone else, an official within the tourism industry clarified on Tuesday.

Earlier in the day a source had said the form would allow tourists to move around freely from 6am to 11pm with a form, called ‘declaration of movement’ to be provided by their travel agents or the hotels they are staying in as confirmation to be allowed to go out.

Director General of Cyprus Hotel Association (Pasyxe) Philokypros Roussounides clarified later in the day that the form will be given only in cases where tourists are unable to send an SMS, but they too will be subject to the restriction of two outings per day.

At the moment, residents are allowed only two outings per day up to three hours each and three on weekends. To do so they must obtain permission by sending an SMS to 8998.

Though people with a foreign mobile telephony provider may call a number for permission to go out, Roussounides said the introduction of the form was decided because there might be technical difficulties in having tourists sending SMSs.

The document will be used in the place of the SMS, in cases tourists are not able to send an SMS, he said.

Roussounides clarified that the form will be used to justify tourists’ outings and that they too are restricted to two outings per day.

Man charged after more than 40 thefts

Chicago: from a steely skyline to the heart of the Blues