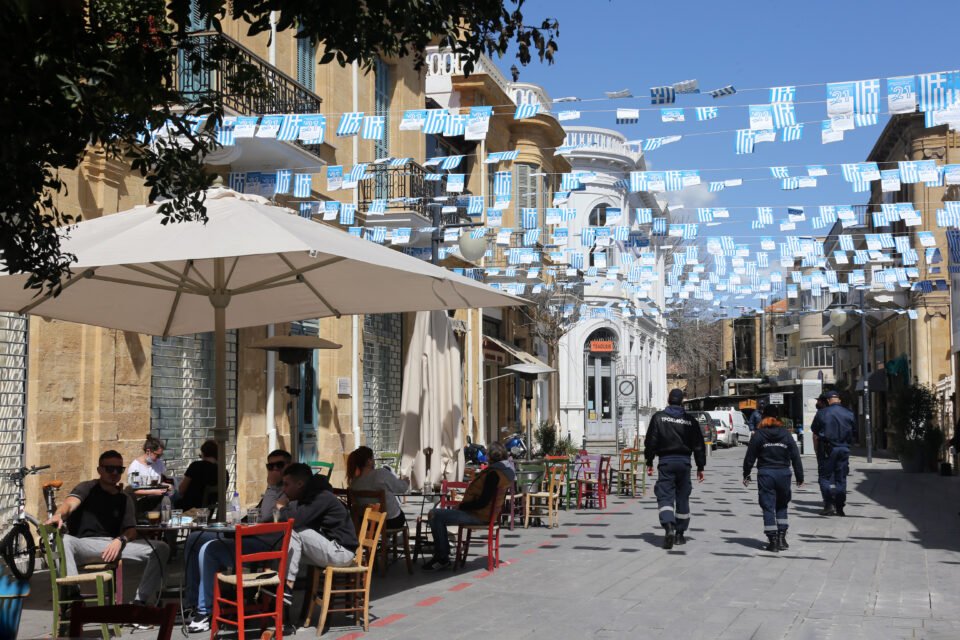 Coronavirus on the island is showing “a clear upward trend”, the government’s weekly report said on Friday.

The report covered the period from March 24 to April 6, with epidemiologists reporting that as cases increased there was a fall in the average age of people testing positive, and for those admitted to hospital.

The increased infection rate has been attributed to the UK variant B.1.1.7 of the virus which is said to be 70 per cent more infectious than other variants.

An additional 121 positive cases (2.2 per cent) resided either in the British bases or abroad, with no available data for one case.

Limassol’s cumulative diagnosis rate has started a small downward course, falling from 978.7 per 100,000 residents to 899.7/100,000 in the 14 days the report covers, with Covid-19 concentrations in sewage water starting to decrease for the first time. However, the ministry pointed out, numbers remain at highly unsafe limits.

The median age for new cases was 34.

According to the report, all districts marked an increase in their positivity rates, ranging between 0.2 and 0.4 per cent, with an islandwide increase from 0.6 to 0.9 per cent.

Meanwhile, the weekly positivity rate at nursing homes marked a slight increase from 0.2 to 0.3 per cent after stabilising over the first three months of 2021 as a result of vaccinations.

The ministry reported a slight pressure on ICU units as hospital admissions remain high, with almost half of the patients coming from Limassol and an increase in hospitalisations from Nicosia and Larnaca.

The majority of newer patients are under 60, while the average number of admissions in people between 70 and 74 has fallen.

As of April 8, there were 208 people in hospital, with a median age of 63. A hundred and twenty-seven have comorbidities, while 47.6 per cent of patients come from the Limassol district, according to the report.

Out of those in hospital, 29 were in the ICU with an average age of 66. The majority, 20, are men. Twenty patients in the ICU have pre-existing health conditions and 23 are intubated.

As of April 6, the death toll for the whole of Cyprus was at 268, with Limassol presenting the highest percentage of 36.2 deaths per 100,000 residents.

Jet2 suspends all flights and holidays until June 23

Coronavirus: President urges people to put concerns aside and get vaccinated